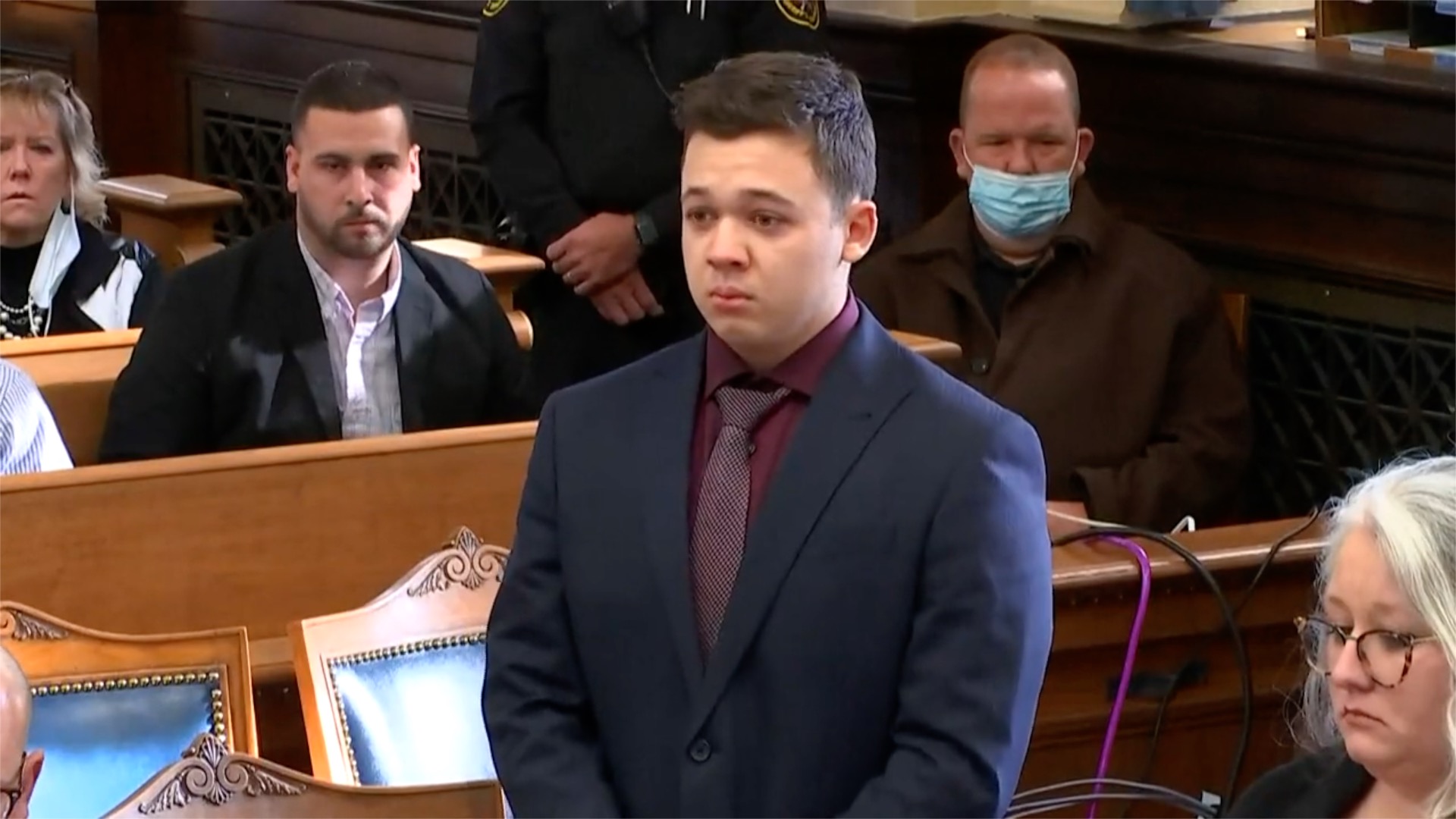 “I stand by what the jury has concluded,” President Joe Biden told reporters on Friday after Kyle Rittenhouse was acquitted of all the charges he faced for shooting three people, two fatally, during an August 2020 protest in Kenosha, Wisconsin. “The jury system works, and we have to abide by it.”

Later that day, by contrast, Biden said the verdict left him “feeling angry and concerned.” The president’s confusing attempt to straddle anger and acceptance reflected a sharp division of opinion about the outcome of Rittenhouse’s trial—a clash that was based mainly on legally irrelevant considerations.

The unrest in Kenosha followed a police shooting that left a black man, Jacob Blake, partially paralyzed. But Rittenhouse’s guilt or innocence had nothing to do with whether that use of force was justified or whether the response to it is more accurately described as a riot or an exercise of First Amendment rights.

Rittenhouse, then 17, said he brought a rifle to the protest because he wanted to defend local businesses from vandals, looters, and arsonists. But his guilt or innocence had nothing to do with whether one views that decision as heroic or reckless.

Rittenhouse’s political views and the merits of the gun laws that allowed him to carry that rifle likewise were irrelevant. So was the fact that Rittenhouse—who lived in Antioch, Illinois, 16 miles from Kenosha—”crossed state lines,” a detail that critics of the verdict bizarrely emphasized.

What mattered, as far as the law was concerned, was whether Rittenhouse reasonably believed the use of deadly force was necessary each time he fired his gun. On that crucial issue, the jury heard credible testimony, from prosecution witnesses as well as Rittenhouse himself, that supported his self-defense claims.

Testifying for the prosecution, Ryan Balch described Joseph Rosenbaum, one of the men Rittenhouse killed, as “hyperaggressive and acting out in a violent manner.” Another prosecution witness, Richie McGinniss, testified that Rosenbaum chased Rittenhouse and lunged toward him.

“It was very clear to me that [Rosenbaum] was reaching specifically for the weapon,” McGinnis said, reinforcing Rittenhouse’s claim that he reasonably feared Rosenbaum would grab the rifle and use it to shoot him. Other testimony indicated that Anthony Huber, the second man Rittenhouse killed, had attacked him with a skateboard, striking him in the neck.

Gaige Grosskreutz, who was wounded when Rittenhouse shot him in the arm, also testified for the prosecution. He admitted he had aimed a pistol at Rittenhouse.

The prosecution’s task was to prove beyond a reasonable doubt that Rittenhouse did not act in self-defense, which was impossible given the testimony from its own witnesses. The jurors, who deliberated for more than 25 hours over four days, clearly took their job seriously and ultimately concluded that the state had failed to meet its burden.

The politicians who rushed to condemn the verdict conspicuously ignored the evidence the jury considered. They treated Rittenhouse as a symbol instead of an individual who deserved the protections that criminal defendants are supposed to receive in our system of justice.

Notwithstanding the fact that all three of the men Rittenhouse shot were white, Rep. Cori Bush (D‒Mo.) described the verdict as “white supremacy in action.” House Judiciary Committee Chairman Jerry Nadler (D‒N.Y.), who called the outcome “a miscarriage of justice” and “a dangerous precedent,” suggested Rittenhouse should be prosecuted under federal law.

Vice President Kamala Harris was a bit more subtle, saying “today’s verdict speaks for itself.” The lesson, according to Harris, was that “there’s still a lot more work to do” to “make our criminal justice system more equitable.”

The most disappointing reaction came from the American Civil Liberties Union, which ordinarily is keen to defend the rights of the accused but in this case complained that Rittenhouse “was not held responsible for his actions.” Contrary to that authoritarian sentiment, Biden had it right the first time: The jury system works, or at least it did in this particular case.