Should NATO Open Its Doors to Georgia? 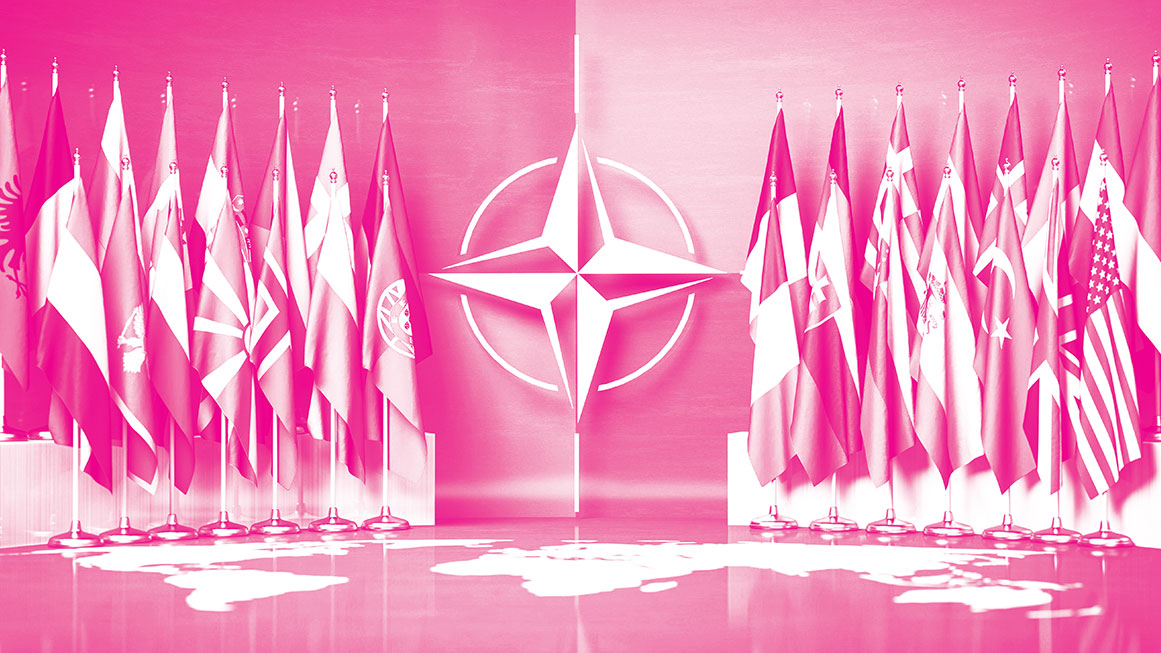 Reason‘s December special issue marks the 30th anniversary of the collapse of the Soviet Union. This story is part of our exploration of the global legacy of that evil empire, and our effort to be certain that the dire consequences of communism are not forgotten.

Central to many of the thorny geopolitical issues that have surrounded Georgia since it gained independence three decades ago is what happened at NATO’s 2008 summit in Romania.

President George W. Bush, attending his final NATO summit before leaving office, arrived in Bucharest intent on nudging his fellow leaders toward accepting Georgia into the fold. Since the collapse of the Soviet Union, Georgia had pursued closer ties with Europe and the U.S. It was a key American ally during the early years of Bush’s wars in Afghanistan and Iraq, contributing hundreds of troops to the effort and allowing the U.S. to use its airstrips. Why not make the relationship official?

German Chancellor Angela Merkel and French President Nicolas Sarkozy led the opposition. Inviting Georgia to join NATO or even suggesting that it was the alliance’s long-term plan to do so, they warned, would needlessly spur Russian aggression. And Georgia’s location—next to Russia, in the Caucasus, outside the existing NATO borders—created a major vulnerability for the rest of the alliance, with little to be gained from the addition.

Bush won the argument in Bucharest. But it didn’t take long for Merkel and Sarkozy to be proven right.

Four months later, Russian tanks rolled across the border in response to a Georgian offensive against those now-emboldened militias. The war ended in less than two weeks. But it left 20,000 Georgians displaced from their homes in South Ossetia and Abkhazia, two breakaway provinces with large populations of ethnic Russians. More than a decade later, those two provinces remain under de facto Russian control, even though the Georgian government still claims them.

Now the Biden administration is once again suggesting that Georgia could join NATO—with a few important caveats.

Asked about the status of the former Soviet state during his confirmation hearing in January, Secretary of State Antony Blinken left the door decidedly ajar. “If a country like Georgia is able to meet the requirements of membership and if it can contribute to our collective security,” he said, then NATO should not foreclose the possibility.

“If you are successful,” interjected Sen. Rand Paul (R–Ky.), “then we will be at war with Russia now.”

Conflict with Russia has been an ever-present threat in the three decades since Georgia broke away from the collapsing Soviet Union. For that reason, the Georgian government has long sought ties with the European Union (E.U.) and NATO—and recent surveys show that a majority of the Georgian people favor closer economic and military integration with both entities. Georgia has a free trade agreement with the E.U., which is its top trading partner, and Georgian passport holders have been allowed visa-free travel into Europe since 2017.

But even as European institutions have opened to Georgia economically, European leaders remain wary of officially extending a military alliance to the eastern edge of the Black Sea. “I don’t see Georgia becoming a NATO member anytime soon,” Merkel said during a diplomatic trip to Tbilisi in 2018.

It’s not that NATO is opposed to expansion. Indeed, 14 new states have been added as full members since the end of the Cold War. That includes former parts of the Soviet Union—the three Baltic states of Estonia, Latvia, and Lithuania—and former East bloc countries such as Hungary, Poland, and Romania.

Proponents of bringing Georgia into NATO argue that the U.S. has already pledged to support Georgia’s national security in other ways. Indeed, the U.S. signed the Charter on Strategic Partnership with Georgia in 2009 and has provided more than $200 million of military assistance to Georgia since 2010, including the sale of 400 anti-tank missiles in 2017, according to the Congressional Research Service.

Keeping Georgia in a semi-permanent state of “ambiguous limbo” only “reinforces the Russian narrative that the West does not want Georgia, thus advancing Moscow’s goals of discrediting liberal Euro-Atlantic values and establishing special zones of influence,” wrote Amanda Paul and Ana Andguladze, researchers at the European Policy Centre, in a briefing published in 2018 that argued for Georgia’s admission as a full NATO member.

There may even be security gains to be had. At the January hearing where Paul claimed that extending NATO membership to Georgia would be a “provocative” move tantamount to triggering hostilities with Russia, Blinken pushed back. “I think just the opposite,” he said. “I think we have seen that countries that join NATO have not been the same target of Russian aggression.”

This is the chicken-or-egg problem at the center of NATO expansion in the post-Soviet era. Russia has been more aggressive toward Georgia and Ukraine than it has been toward, for example, the Baltic states with which Russia also shares a border. Is NATO membership a deterrent to Russian aggression? Or is Russian aggression toward Ukraine and Georgia a natural response to NATO’s admission of the Baltic states, and an attempt to prevent what Russia sees as the alliance further encroaching on its borders?

Still, there are legitimate questions that should be asked about what NATO gains by continuing to expand. Full members of the alliance are committed to collective defense: An attack against one is regarded as an attack against all. The goal is geopolitical stability, but the leaders of France and Germany are probably right to question whether committing to defend Georgia is worth the risk, and whether it improves their own citizens’ security in any way.

“Extending a security commitment to…Georgia would extend NATO requirements beyond any degree of realism,” Henrik Larsen, a senior researcher at the Center for Security Studies, wrote in a June op-ed for the foreign policy blog War on the Rocks.

The inability to make serious security commitments to Georgia (and Ukraine) leaves NATO in a bind. Rescinding the Bucharest Summit Declaration would be a strategic retreat that would acknowledge de facto Russian influence over countries that are otherwise aligned with Europe and the United States. But moving forward with the promises made in 2008 would “expose enlargement as a gigantic bluff that would kill NATO’s credibility as a defense alliance in any theater,” Larsen wrote.

Georgia has for years existed in a sort of gray zone within the former Soviet realm—with a government that is firmly anti-Russian but cursed by geography to remain tethered in Russia’s orbit. It seems likely to remain stuck there, as the Biden administration’s approach to the situation is probably more nuanced than the January exchange between Paul and Blinken would make it appear.

For one thing, Georgia cannot currently meet “the requirements of membership,” as Blinken put it, because NATO views ongoing territorial disputes as a major impediment to granting membership. Unless Georgia or Russia is willing to drop its claims to South Ossetia and Abkhazia, Georgia probably isn’t getting into NATO.

That brings us full circle to the events of 2008. Knowing that NATO was considering offering membership to Georgia, and knowing that membership is withheld from states with territorial disputes, Russia’s efforts to stoke a conflict on the border with Georgia can be seen more clearly. (It might very well have been a strategy that worked so well, Russia duplicated it in Ukraine in 2014.)

For an alliance like NATO to work, of course, concerns about Russia’s response to strategic moves cannot be a trump card. Sometimes you simply have to do things your geopolitical adversary doesn’t like.

But the benefits must outweigh the costs. If the price of backing Georgia’s membership in NATO is stressing American relationships in Europe and heightening the risk of war with a nuclear-armed opponent, the Biden administration should be in no rush to change the—admittedly imperfect and awkward—status quo.