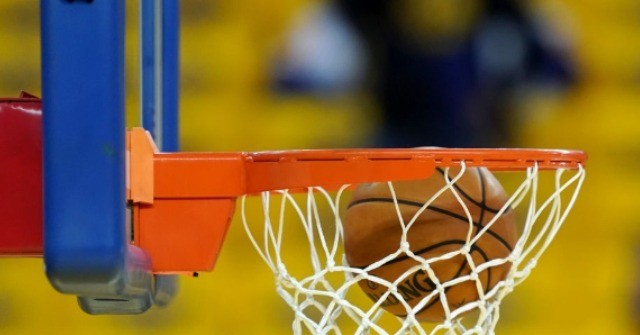 A Connecticut high school suspended its girl’s basketball coach for one game after he presided over a massive 92-4 win on Monday.

Sacred Heart Academy in Hamden, Connecticut, destroyed the girls of Wallingford’s Lyman Hall High School, but after the win, coach Jason Kirck’s bosses accused him of being unsportsmanlike and running up the score against his opponents, according to WFSB-TV.

Kirck’s team is the third-ranked high school girl’s team in the Nutmeg State and was undefeated going into Monday night’s game. The Hamden team has won by outsized leads before. This year, it won 83-48 and another 80-37.

On the other hand, the state’s third-ranked boys’ team has also had some lopsided wins. For example, the Windsor boy’s team won their last two games by 116-53 and 107-58.

Critics of Kirck’s win on Monday, though, charge that the coach did not give the lesser opponents any breathing room and kept the game fast and moving forward into the opposing team’s territory.

After the game, Sacred Heart issued a statement apologizing for Kirck’s win, saying, “Sacred heart academy administration and athletics are deeply remorseful for the manner through with the outcome of the game was achieved.”

For its part, the Connecticut Interscholastic Athletic Conference said it had no part in the school’s action.