BEAUTY
ENTERTAINMENT
Health
Music
Politics
Sports
HomePoliticsReforming the Electoral Count Act is necessary, but not sufficient, to save...
Politics

Reforming the Electoral Count Act is necessary, but not sufficient, to save our democracy 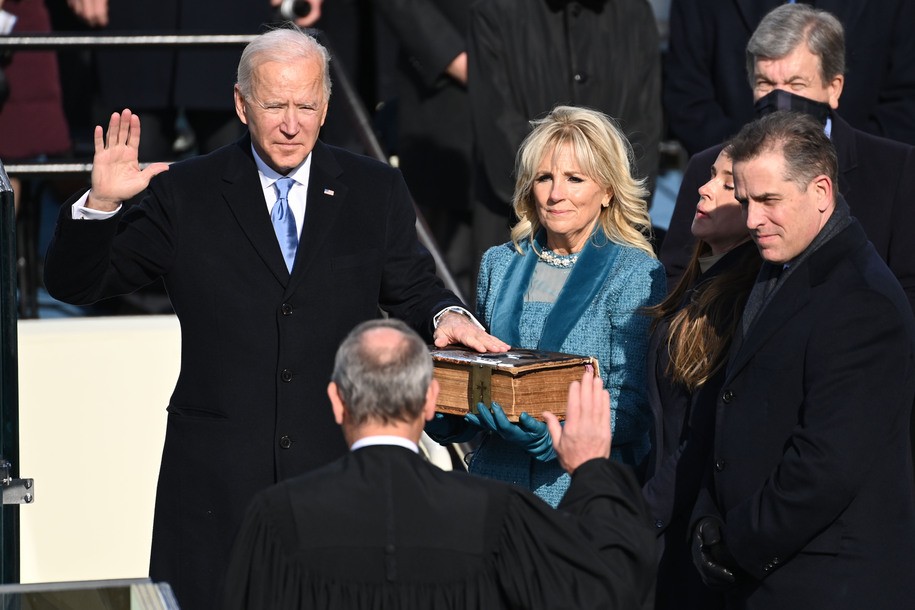 So yes, this is a law that has to be refined and clarified, as plenty of Democrats recognize and are lobbying for. Democratic Sen. Amy Klobuchar recently said: “The antiquated law governing the Electoral College vote count is too vague and ripe for abuse, and it resulted in baseless objections that delayed the democratic process. It’s time to update this law to safeguard our democracy.” Klobuchar chairs the Rules Committee, which has jurisdiction on elections issues.

Reforming the Electoral College Act (ECA) is a necessity for Congress to avoid another congressional coup attempt by the next Republican presidential nominee, who will be Donald Trump. But that reform isn’t sufficient to save our democracy and our elections. It needs to be done in conjunction with the Freedom to Vote Act and the John Lewis Voting Rights Advancement Act. Because as Schumer points out: “The Electoral Count Act [reform] says you can rig the elections anyway you want and then we’ll count it accurately.”

Which is exactly what Republican legislatures have been working on: rigging elections all the way from limiting who actually gets to cast ballots to who counts those ballots to who gets to throw counted ballots out, and of course, who gets to certify elections. Making sure that Congress can certify completely corrupted elections with a clean process doesn’t make for secure elections.

A report from the Center for American Progress released this week outlines three key threats to elections that exist right now:

The John Lewis bill deals with the first threat, making it illegal for any official to reject the results of an election. The Freedom to Vote Act would address partisan poll watchers and prevent state officials from interfering with elections officials. Reforming the ECA could deal with the third. The point is that all three bills have to be passed in order to secure elections going forward.

“The threats to democracy are very real,” Alex Tausanovitch, CAP’s director of campaign finance and electoral reform and the report’s author, told The Washington Post. “We have to take them as seriously as possible and we have to do as much as we can to address them. The [John Lewis and Freedom to Vote act] both do a lot to address those threats. But there’s even more than we can and should do.”

Enter Manchin and his recent bend toward helping Democrats get these bills passed. It’s of enough concern that McConnell is opening the door to ECA reform. “It obviously has some flaws. And it is worth, I think, discussing,” McConnell told reporters Wednesday.

He sent the mouth of McConnell—Sen. John Thune—out to elaborate on that theme while also trashing securing voting rights. “What the Democrats are trying to do [with voting rights] is have a government take over state regulation administration of elections, which is not something we’re for,” Thune told Axios Tuesday. “But with the Electoral Count Act, as we saw last time around, there are some things there that, I think, could be corrected.”

So of course what happens is totally predictable: Manchin and Sinema are ready to jump on board that “bipartisan” reform work. “Good start,” says Manchin, “at least they’ve got people talking now.” Manchin is apparently forgetting about how he worked last summer to get Republicans on board with his Freedom to Vote Act after he rejected the For the People Act because it was too partisan. He couldn’t even get Republican Lisa Murkowski on board, though she did make noises about probably being able to support the John Lewis bill. Manchin tends to have a selective memory.

There’s another Democrat playing the useful idiot for McConnell, and of course it’s Delaware’s Chris Coons, who says he’s “an optimist” in working out a deal on this with Republicans. “If there remains any path forward on making changes to how we protect the Electoral College process and how we ensure a free and fair vote, I’m open to the conversation,” Coons told Politico.

Other, more tuned-in Democrats have a much healthier sense of reality. “Put your money where your mouth is. Put something on the table and let’s vote,” Massachusetts Democrat Elizabeth Warren told Politico’s Burgess Everett, laughing at the idea that Republicans would be open to reform. “I want to see something. I’m not off to chase those rabbits until somebody has shown some real detail.”

That’s the kind of healthy skepticism we need from Democrats to make it absolutely clear to Manchin and Sinema that a third of a loaf—ECA reform—isn’t going to cut it.