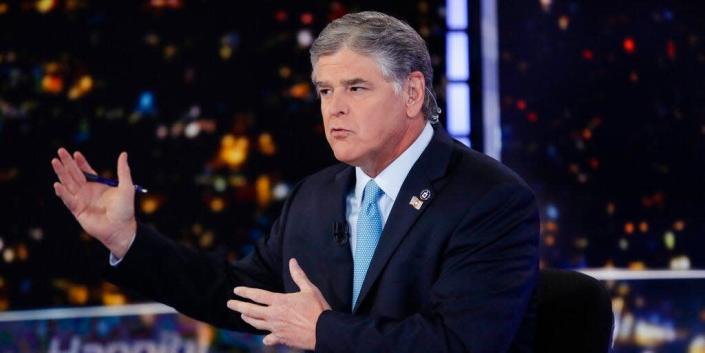 Donald Trump hit out at Fox News Sean Hannity on Wednesday for suggesting days after the Capitol riot that the former president should stop claiming the election was rigged.

The House select committee investigating the Capitol riot on Tuesday released the texts sent by Hannity — a prominent supporter of Trump — to his former aides including Mark Meadows, the former White House chief of staff.

They were part of a letter to Hannity requesting that he cooperate with the committee’s investigation.

The letter quoted a text sent by Hannity to Meadows and Ohio Rep. Jim Jordan four days after the Capitol riot which said: “[Trump] can’t mention the election again. Ever. I did not have a good call with him today. And worse, I’m not sure what is left to do or say, and I don’t like not knowing if it’s truly understood. Ideas?”

Trump told CNN on Wednesday, through a spokesperson: “I disagree with Sean on that statement and the facts are proving me right.”

The spokesperson did not specify which facts they were referring to or how they were being proven right.

Since leaving office, Trump continued to push the baseless claim that he lost the election to Joe Biden as a result of widespread voter fraud. Multiple lawsuits and election audits have failed to produce any evidence to back up his claims.

Hannity was frequently a cheerleader of Trump’s agenda during his administration, and appeared at his rallies.

But their relationship soured after the Fox News host became “disgusted” by Trump’s conspiracy theories about the election, according to a book published last year by CNN’s Brian Stelter.

The former president remains fixated on overturning his election loss, Axios reported, citing sources who said it was difficult to dissuade him from repeatedly turning to the topic in personal conversations.