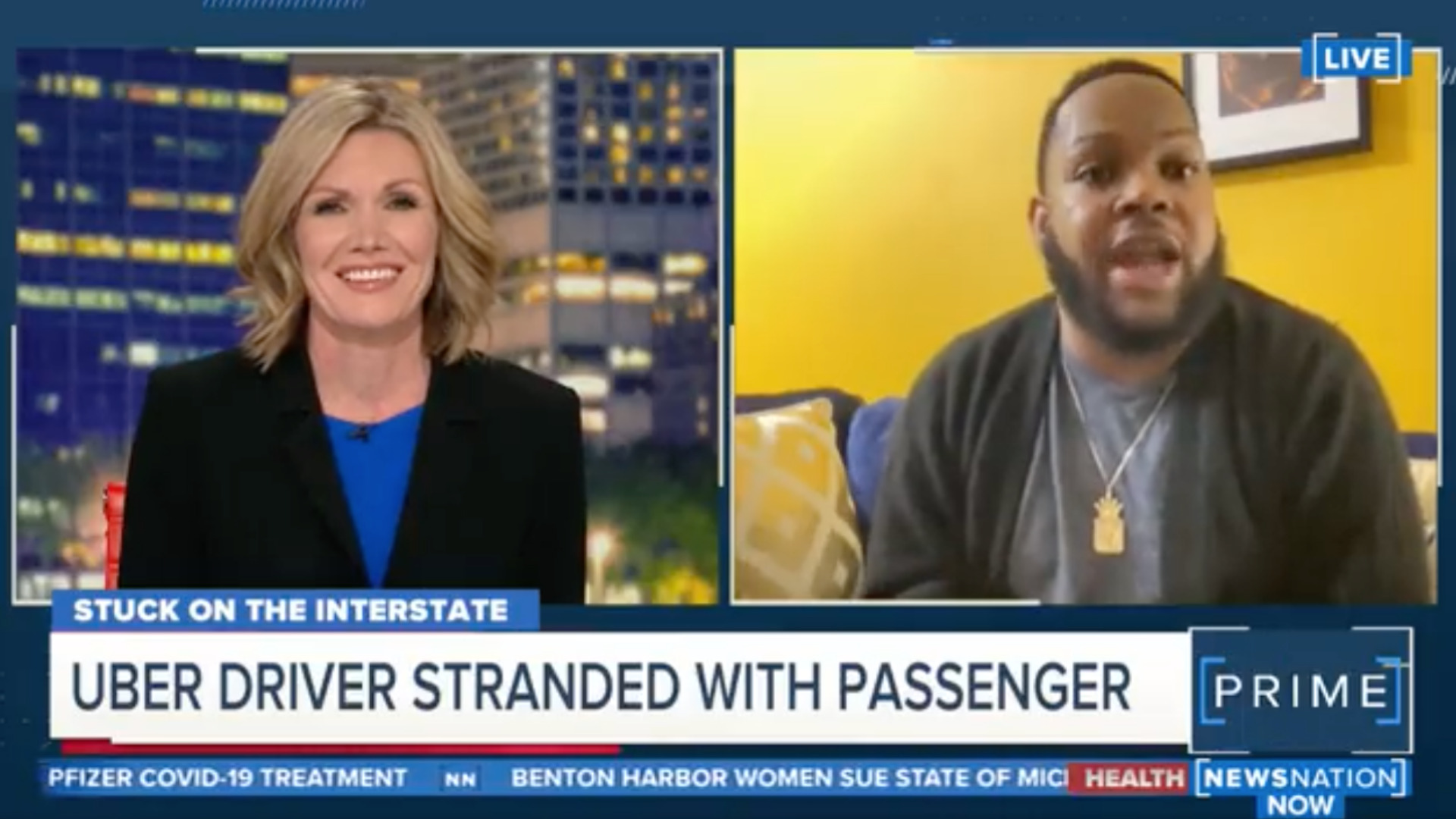 When hundreds of people were stranded for hours recently on Interstate 95 in Virginia during a snowstorm, an Uber driver went above and beyond to keep his teenage passenger safe, and ended up being offered a new job for his heroic efforts.

Virginia’s FOX5 reported, “DaVante Williams sat for 5.5 hours in his vehicle overnight with a teenage passenger, who he described as ’emotional’ and ‘overwhelmed’ as they faced the gridlock traffic. Unusually heavy snowfall and plunging temperatures had hit the area between Richmond and Washington, D.C., leading to a calamity on the interstate.”

Uber driver DaVante Williams was stranded with a teenage passenger for hours on the snowy I-95 and is being praised for going “above and beyond” to get her home safe. https://t.co/oQoZ5n6gAw

Hundreds Stranded On I-95

In early January, hundreds of people were stuck on I-95 between Richmond and Washington, D.C. in standstill traffic – including Senators. Some were stuck for well over 12 hours.

Virginia Senator Tim Kaine was stranded for a whopping 27 hours, for example.

The circumstances were set for some to go above and beyond for their neighbors.

“Around midnight on Tuesday morning, Williams set out and picked up three different riders before picking up a teenager trying to head home to Williamsburg, Virginia — some 150 miles away,” FOX5 reported. “The girl was originally going to take a train, but it was canceled due to a derailment, so she turned to Uber.”

“Williams said he picked her up at Union Station, they got onto I-95 and about 20 miles into their journey, near Lorton, everything came to a stop,” the report noted. “He made some attempts to get off the highway but was ultimately directed back to the standstill traffic on the interstate.”

Trapped for hours on Interstate 95 because of a winter storm, Uber driver Davante Williams helped book his teenage passenger a hotel room after her train trip was canceled and she couldn’t get home. https://t.co/QNfszwhagL pic.twitter.com/3QkRZ5zgqy

Williams still had no idea how bad this was going to be.

“So, I get back on 95, and in my mind, I’m just saying, ‘Maybe this is a little fender bender. It will be all over shortly,’” Williams said. “One hour went by, two hours went by…”

FOX5 noted, “Sitting there with nowhere to go, both called loved ones and friends. Williams said he had drinks and some snacks in his truck and that his vehicle is good on gas — but he did start to get concerned about fuel as the clock ticked.”

“Williams said his young rider was ‘very, very emotional’ after first having attempted to get home on a canceled train ride, only to become stranded on the highway,” the report continued. “He said he spoke to her parents to let them know he would take care of their daughter.”

“She would call her mother or call her father here and there to communicate what was going on,” Williams told FOX5. “She was overwhelmed, and I totally understood because all she wanted to do was get home.”

Williams ended up getting a hotel room for his young passenger and offered to drive her home later once the traffic had died down – at no charge.

Davante Williams going above and beyond!!!

Do the right thing and send this man a BIG BONUS!!!

The good press and good will he just garnered for your company is quantifiable.#PayTheMan https://t.co/pdFAL32YdI

Williams Went The Distance To Protect His Teenage Passenger

A family friend eventually picked up the teenager to take her home.

“I’m happy it was me that was her driver,” Williams said. “Any other driver, I’m not sure what would have happened.”

RELATED: California State ‘Superintendent Of Equity’ Made $160,000 While Living In Philadelphia

“And based on her energy and her presence, I felt I was put there for a reason… to do what I did,” he said.

Uber shared Williams’ story later that day in a tweet, adding: “Not all heroes wear capes.”

After this story circulated, Williams was praised by Uber officials and offered a part-time job as a “lead driver” for “upscale ride-sourcing service” Ride Alto, which he accepted, to serve in a “supervising, managing role.”