Clyde Bellecourt, a Founder of the American Indian Movement, Dies at 85 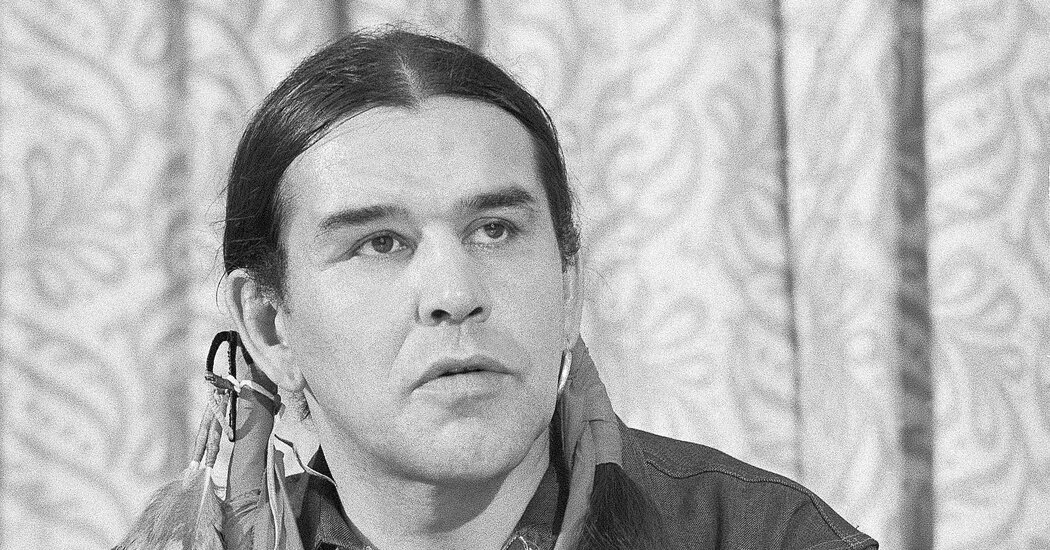 Clyde attended a Roman Catholic mission school run by Benedictine nuns on the reservation until he was a teenager. The family then moved to Minneapolis, where he struggled academically, dropped out of high school, failed to find a job and was jailed for burglaries and robberies.

In prison, he met Mr. Banks and Eddie Benton-Banai, who was running a cultural program for Native American inmates. After they were released, in mid-1968, they founded the American Indian Movement with George Mitchell, Charles Deegan and others to help urban Indians deal with discrimination, unemployment, poverty and insufficient housing. Mr. Bellecourt’s older brother Vernon was also active in the movement.

Mr. Bellecourt, who later worked for a utility company, was chosen as the movement’s first chairman and helped launch the so-called Trail of Broken Treaties, a long march from the West Coast to Washington in 1972.

In addition to his wife, whose Japanese American father was interred during World War II, Mr. Bellecourt is survived by four children, Susan, Tonya, Little Crow and Little Wolf; and a number of grandchildren.

He pleaded guilty following his arrest in 1985 in a drug possession case. He later said that the arrest and the two years he spent in prison hsf helped him break his addiction.

In 2016 he published an autobiography, “Thunder Before the Storm,” written with the journalist Jon Lurie, In it, Mr. Bellecourt wrote that before he could help heal others as a leader of A.I.M. in the late 1960s, he had to make peace with his creator and heal himself in a prayerful sweat lodge ceremony — an experience that led to a transformation of the movement’s agenda, from violent confrontation to constructive engagement.

“I understood that the only way we were going to succeed in the Movement was to place healing and spirituality at the center of everything we did,” he wrote. “The spirits in the ceremony told us that we were to continue on our journey, that we had to bring back the spirit of the Indian people.”