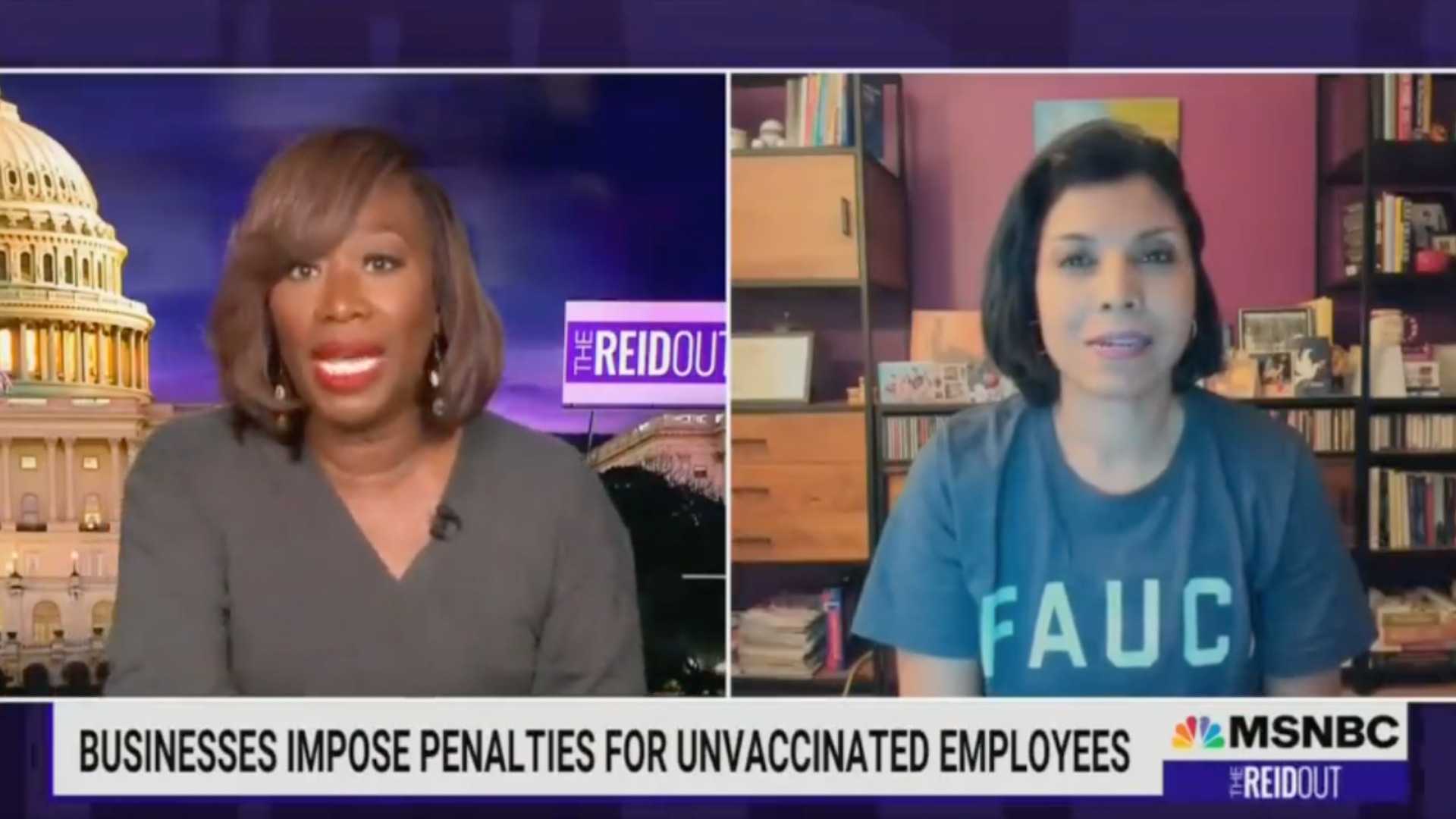 After MSNBC medical contributor Dr. Lipi Roy recently suggested that unvaccinated Americans should be placed on a separate triage list to get certain types of medical care if they contracted coronavirus, host Joy Reid said they should also pay more for insurance premiums.

Reid and her guest made their remarks during her program “The Reid Out.”

MSNBC’s Joy Reid proposes that unvaccinated Americans be paid less in the workplace (regardless of what their job is), face higher insurance premiums alongside groups like smokers, and pay higher medical costs if they ever get sick. pic.twitter.com/3DIPbGQjaR

RELATED: Joe Rogan Uploads Video Of His COVID Announcement To Accuse CNN Of ‘Fake News’ Over Their Version

Reid On Unvaccinated Americans: ‘Shouldn’t they have to pay more?’

“Let’s talk about what other countries are doing,” Reid began, focusing on the Omicron variant of COVID-19 that has increased across the U.S.

“Because at some point, I feel like people who are willfully unvaccinated — fine, don’t get vaccinated — but they need to start to pay a little bit more of the cost of what this is doing to our system,” Reid added.

“There are fines that are levied in places like Germany,” Reid continued. “Germany has stopped paying for the tests — the virus tests for people who choose to be unvaccinated. They’ve ended quarantine pay for those without vaccinations.”

“IKEA, the company, is slashing sick pay for unvaccinated UK workers,” Reid said. “If you are a smoker, insurance companies can charge you more, they can charge you a premium up to 50% and you have to put that on the form when you apply for insurance.”

“At some point, don’t we have to make people who are saying, ‘I’m willing to take the risk to be unvaccinated — take the risk for me and take the risk for everyone I come in contact with’ — shouldn’t they have to pay more into the system because they are collapsing our health system?” Reid asked. “They’re the ones in the ERs, they’re taking it up.”

Reid said people having strokes or heart attacks were not being properly cared for because unvaccinated people were taking up too much space in hospitals.

“Shouldn’t they have to pay more?” she asked.

MSNBC medical contributor Dr. Lipi Roy treads just shy of saying unvaccinated people should be denied medical care, arguing they could be put on a separate “triage list” that would result in them only getting “a certain type of care” though she’s “not giving up on” them yet. pic.twitter.com/f2sX7hlX1S

RELATED: Hillary 2024?! For Democrats Their Only Choice Could Be Deja Vu All Over Again

Roy responded, “So, there are many possible interventions that we could impose on the people who continue to choose to be unvaccinated.”

“Increasing insurance premiums, creating a list — a triage list so that when people come to the hospital maybe one of the first questions we ask is, ‘Are you vaccinated?’ And then that will direct them towards a certain type of care,” Roy added. “Because we already do that.”

Roy also said she was not “giving up” on the those who are unvaccinated, but also wanted to see more mandates imposed.