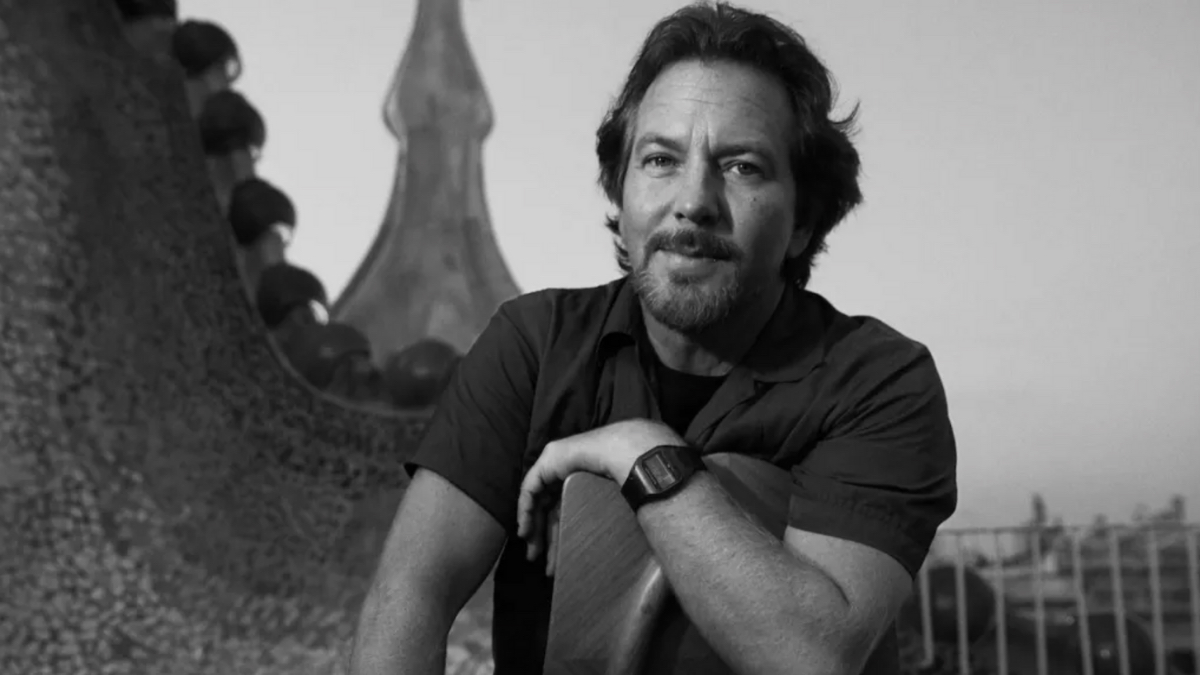 Eddie Vedder has released “Brother the Cloud,” the latest preview of his upcoming solo album, Earthling. Take a listen below.

“If I could wish, wish it away/ I would bleed on my knees and pray/ If I could give all that I have/ To bring him back today/ These are the dreams, sad as it seems/ I’m always wide awake,” he wails over boisterous electric guitar on the mournful tune.

“I carried that disc around for two, three months in my suitcase, not ready to hear it,” Vedder said of his father’s recordings in an interview with Mojo. “Finally, I got the guts, and after a couple bottles of wine played it one night in Argentina. And he was good. It was incredible – like he left a message for me.”

“I thought of [Earthling] like a setlist – by the end, that’s when you start bringing out special guests… We had Stevie and Elton, Ringo was an incredible addition… and then my pop gets to be on a record with those guys, which is not too shabby.”

In support of the album, Vedder will hit the road with The Earthlings, his all-star backing band featuring Smith, Klinghoffer, Jane’s Addiction’s Chris Chane, Andrew Watt, and Glen Hansard. The tour kicks off in early February, and tickets can be purchased here.