Is the Arizona Cardinals’ Title Drought the Result of a Curse? 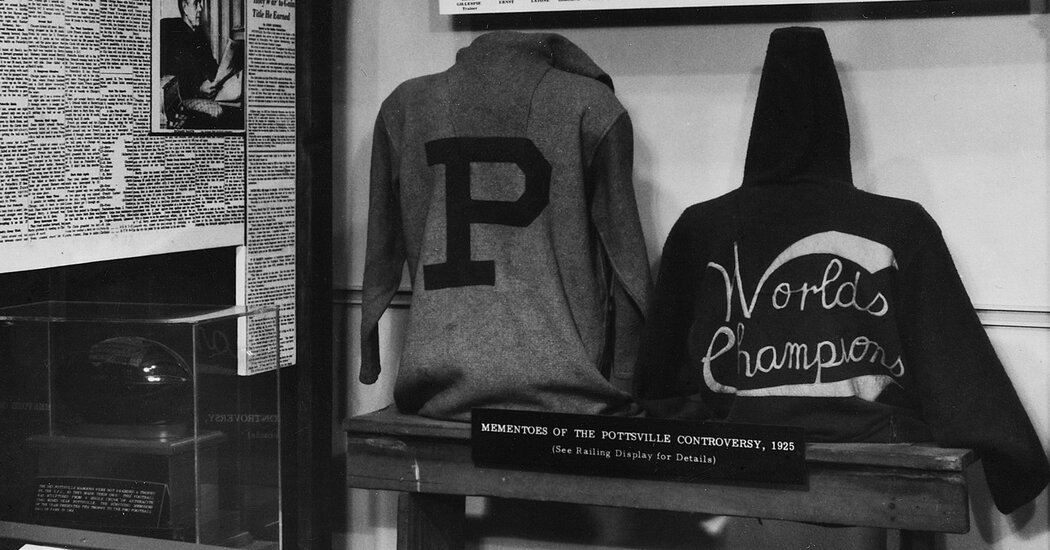 Shortly thereafter, the presumptive champs from Pottsville agreed to play an exhibition in Philadelphia against an all-star team of college players. Pottsville won that one too, 9-7, in an upset that helped legitimize the N.F.L. Unfortunately for the Maroons, it also cost them their title because the local N.F.L. team, the Frankford Yellow Jackets, claimed that the exhibition infringed on their territorial rights. (Pottsville had humiliated the Yellow Jackets, 49-0, in the regular season.)

Although the league’s territorial rights were little more than a gentlemen’s agreement — and despite Pottsville having received an official approval to play the game — the N.F.L. suspended the Maroons. But when the league offered to name the Cardinals the champions, Chicago admirably declined the “honor.” For the next few years, ownership of the 1925 N.F.L. title remained a little fuzzy. Then the Bidwill family bought the Cardinals in 1932 and promptly claimed it.

Three years after their victory was stolen, the Maroons moved to Boston; the team folded in 1929. In 1963, though, Maroons fans petitioned the N.F.L. to give them their title back. By then, the Cardinals had moved to St. Louis, and president Charles Bidwill Jr. (grandfather of the current team owner Michael) publicly — and dismissively — rejected the idea.

Forty years passed before the issue was raised again. At the 2003 owners meeting in Philadelphia, it was proposed that the two teams share the title, a solution Paul Tagliabue, the commissioner at the time, was said to support. Again, the Cardinals reportedly squashed the initiative, ignoring a lobbying group that included Pittsburgh Steelers owner Dan Rooney, Philadelphia Eagles owner Jeffrey Lurie, Gov. Ed Rendell of Pennsylvania, and Mayor John D.W. Reiley of Pottsville. Despite a few minor fist-raisings along the way — a Pennsylvania legislative resolution here, an online petition there — there has been no meaningful progress since.

As for the jinx, it is difficult to determine exactly when the Curse of the Maroons befell the Cardinals and exactly who put it there. “It probably started in the early 1960s,” said Fleming, a senior writer for ESPN, who noted that Bidwill had dismissed the title claim just as the Pro Football Hall of Fame, which opened in 1963, was asking former Maroons for memorabilia. “Here was this important team from this little town and nobody in the football establishment seemed to care about righting the wrong. It was hard for Maroons supporters to understand.”