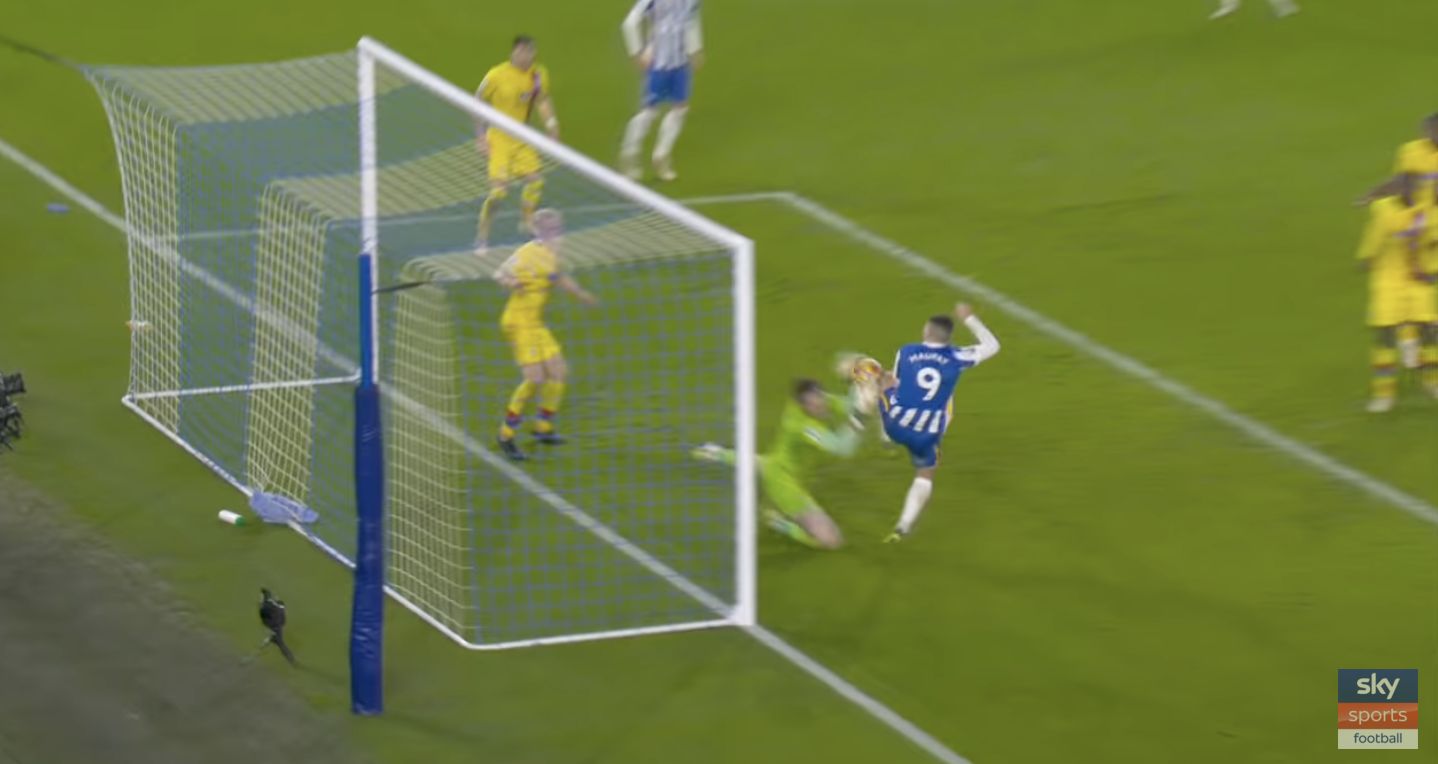 Referee, Robert Jones, was correct in awarding Brighton a penalty in their Friday night Premier League clash against Crystal Palace.

He was similarly spot on when disallowing Neal Maupay’s goal in the first half.

VAR official, Stuart Attwell, correctly recommended a review when Will Hughes dragged Joel Veltman down inside the box, with players always running the risk of being penalised when they have their arms around an opponent’s neck.

My only concern is that we are seeing similar instances go unpunished, and we need to see consistency on holding offences in the penalty area.

Jack Butland had both hands on the ball as Maupay knocked it out of his grasp and over the line, so it was correct that it was chalked off.

As per Law 12 which relates to fouls and misconduct, a goalkeeper cannot be challenged by an opponent when the ball is deemed to be in control – which it is when it’s between his hand(s) and any surface.

The other issue of course was that Jones had a great view of the incident in any case, so there was no real need for any VAR assistance.

He should simply have awarded the foul, but this does play into something I’m seeing more and more now, and that’s VAR being used as a comfort blanket by the officials out on the pitch.