Vardy set to miss majority of the season with hamstring injury 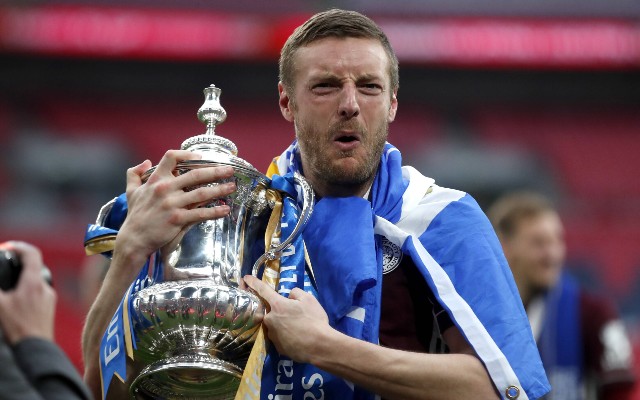 Leicester City have been warned that star striker Jamie Vardy could miss the majority of the season if his injury is not treated properly.

Vardy suffered a hamstring injury during Leicester City’s 1-0 win over Liverpool in December and has been ruled out for at least six to eight weeks of action by Brendan Rodgers.

However, speaking to Football Insider, injury expert Ben Dinnery revealed that the nature of Vardy’s injury was very volatile, and could end up seeing the striker miss even more of the season than what he is already expected to.

Dinnery said: “Surgery has been ruled out. The decision has been made to treat it conservatively, so while it’s a serious issue, six to eight weeks is realistic.

“But these are the types of injuries where timelines can deviate.

“There will be a lot of activity-based recovery so he will have to be managed very, very carefully.”

So while there can be some relief that the Leicester medical team don’t believe surgery to be necessary to fix the issue, it is concerning that the injury may end up causing him to miss even more of the season than what he is already.

The former England international’s goalscoring record for Leicester speaks for itself. 127 Premier League goals with 44 assists in 261 games is a record most strikers wish they could have.

Vardy was a key figure in Leicester City’s underdog story of winning the Premier League title in the 2015/16 season at betting odds of 5000-1, the same odds as the Loch Ness monster being discovered or Rock music legend Elvis Presley being found alive.