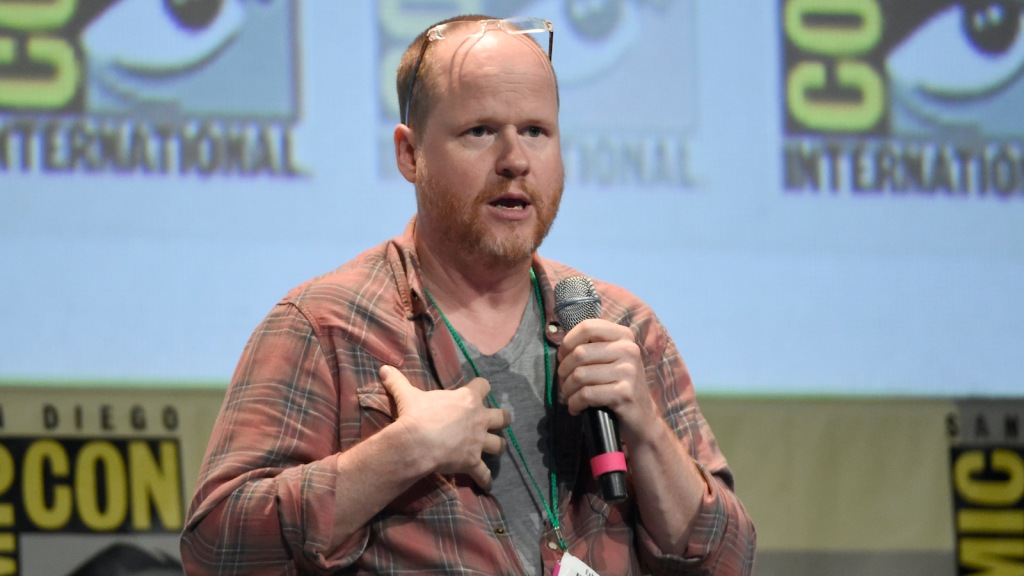 Filmmaker Joss Whedon has broken his silence on the multiple allegations of misconduct against him from productions he oversaw, including the 2017 film “Justice League” and his influential TV series “Buffy the Vampire Slayer.”

In a lengthy interview with New York magazine that published on Monday, Whedon denied Gal Gadot’s allegation that he “threatened” her career while working on “Justice League,” which Whedon took over after original director Zack Snyder withdrew from the film following a family tragedy.

“I don’t threaten people. Who does that?” Whedon told New York. “English is not her first language, and I tend to be annoyingly flowery in my speech.” Whedon said he told Gadot that she would have to tie his body to a railroad track before he would cut a scene she wanted removed and that Gadot misunderstood as Whedon threatening to tie her to a track instead. Gadot’s response in the story: “I understood perfectly.”

Whedon is less forgiving in his assessment of Ray Fisher. The actor’s July 2020 allegation that Whedon’s behavior making “Justice League” was “gross, abusive, unprofessional, and completely unacceptable” was the spark that led to the collapse of Whedon’s career. In December 2020, Warner Bros. said an investigation into Fisher’s claims resulted in unspecified “remedial action” — weeks after HBO said Whedon was withdrawing as executive producer of “The Nevers.”

Fisher also alleged in a Forbes interview from October that he was told Whedon had lightened an actor of color’s complexion in “Justice League” because he didn’t like the skin tone — which Forbes later retracted. In an interview with the Hollywood Reporter published April 2021, after the release of Snyder’s four-hour cut of “Justice League” on HBO Max, Fisher alleged that when he tried to express his concerns about the reduction of his character, Cyborg, in Whedon’s two-hour version of the movie, Whedon told him, “It feels like I’m taking notes right now, and I don’t like taking notes from anybody — not even Robert Downey Jr.”

To New York, Whedon says he had brightened the entire movie, including all the actors’ faces, and that he talked with Fisher for hours about his changes. He says he significantly cut down Fisher’s screen time because Cyborg’s storyline “logically made no sense” and that Fisher’s performance was lacking. He denied Fisher’s allegations, saying none were “true or merited discussing.” Instead, Whedon claimed that Fisher’s actions were done in bad faith, meant to sully Whedon’s reputation to reconstitute Snyder’s in advance of the release of the Snyder cut.

Representatives for Fisher did not immediately respond to a request for comment from Variety. However, Fisher directly acknowledged and refuted Whedon’s new statements through his official Twitter late Monday morning.

“Looks like Joss Whedon got to direct an endgame after…” Fisher wrote. “Rather than address all of the lies and buffoonery today  — I will be celebrating the legacy of Reverend Dr. Martin Luther King Jr. Tomorrow the work continues.”

Looks like Joss Whedon got to direct an endgame after all…

Rather than address all of the lies and buffoonery today—I will be celebrating the legacy of Reverend Dr. Martin Luther King Jr.

Fisher’s allegations were followed in February 2021 by actor Charisma Carpenter’s allegation that Whedon was “casually cruel” to her while making “Buffy the Vampire Slayer” and its spin-off series “Angel,” including calling her fat after she became pregnant and asking her if she was “going to keep it.” Several other actors on those shows, including Sarah Michelle Gellar, David Boreanaz, and Eliza Dushku, expressed support for Carpenter, and a subsequent investigation by Variety backed the actor’s story. Multiple people who worked on both shows said Whedon created a “cult of personality” and that he behaved with scorn and disparagement to employees who displeased him. A person with direct knowledge of production on “Buffy” corroborated to Variety Michelle Trachtenberg’s claim on Instagram that there was a “rule” she could not be alone with Whedon.

Whedon told New York he was “not mannerly” with Carpenter when she told him she was pregnant, but he denied ever calling her fat. “Most of my experiences with Charisma were delightful and charming,” Whedon said. “She struggled sometimes with her lines, but nobody could hit a punch line harder than her.”

As for Trachtenberg’s allegation, Whedon said he had no idea what that was about.

The New York story also contains several new allegations of workplace misconduct by Whedon. A member of the “Buffy” production team claimed that Whedon and one of the show’s actors were rolling around on the floor in her office making out, banging against her chair.

Whedon admitted the affair with the actor, but said the story “seems false” because he “lived in terror” that his affairs would be discovered.

“Buffy” costume designer Cynthia Bergstrom said that during Season 5 of the show, she Whedon and Gellar had a dispute over a costume in front of her. “I was like, ‘Joss, let’s just get her dressed,’” Bergstrom said. “He grabbed my arm and dug in his fingers until his fingernails imprinted the skin and I said, ‘You’re hurting me.’”

Whedon said he does not “believe” Bergstrom’s story: “I know I would get angry, but I was never physical with people.”

And Erin Shade, who worked as an assistant on the ABC series “Marvel’s Agents of S.H.I.E.L.D.,” which Whedon co-created, said that Whedon engaged her in a secret relationship when she was 23 and he was 49, including paying her $2,500 to watch him write at his home over the weekend, so long as she hid the relationship from her bosses.

Whedon said he “should have handled the situation better.”