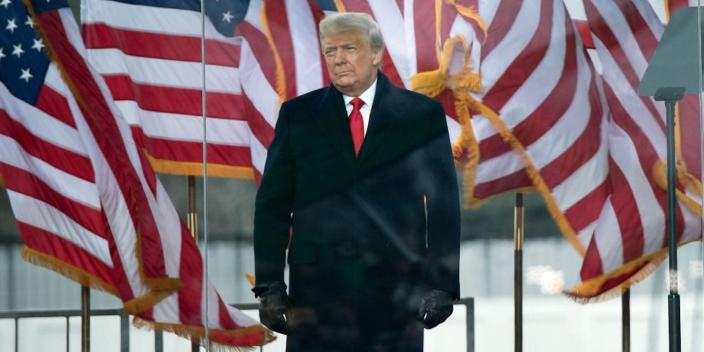 A US District Judge rejected an attempt by former President Donald Trump’s spokesperson Taylor Budowich on Thursday to retrieve hundreds of financial documents that his bank provided the House select committee investigating the events of January 6, 2021.

Budowich and Conservative Strategies, Inc. sued the Jan. 6 committee, House Speaker Nancy Pelosi, JP Morgan, and other individual members of the committee over a subpoena for his financial records from JP Morgan. The suit was filed on December 24 in the US District Court for the District of Columbia.

Judge James Boasberg denied Budowich’s motion at a hearing on Thursday, on the grounds that it’s unconstitutional to request that members of Congress return subpoenaed materials.

“There really is no question that this Court has no jurisdiction to order Congress under the Speech or Debate Clause to return documents that it has received,” Boasberg, an Obama-appointee, told the court, according to The Hill.

Budowich couldn’t be immediately reached for comment. In December, he released a statement that “the Constitution only applies if your party is in charge” in response to the subpoena.

In the December lawsuit, Budowich revealed that he provided the House select committee investigating the events of January 6, 2021, with at least 1,700 pages of documents and sat for “roughly four hours of sworn testimony,” according to court documents.

His attorney argued that the move to subpoena the financial documents is a violation of the Financial Privacy Act and said that Budowich was unable to challenge the subpoena before JPMorgan disclosed private financial records, “despite that JPMorgan and the Select Committee had actual written and verbal notice that Plaintiffs were bringing an imminent legal challenge to the congressional subpoena.”

According to the filings, Budowich also underwent a four-hour deposition with the committee and “answered questions concerning payments made and received regarding his involvement in the planning of a peaceful, lawful rally to celebrate President Trump’s accomplishments.”

Lawmakers on the committee are investigating whether Budowich was connected with diverting $200,000 to a nonprofit that helped organize the “Stop the Steal” rally.

“According to information provided to the Select Committee and press reports, you solicited a 501(c)(4) organization to conduct a social media and radio advertising campaign to encourage people to attend the rally held on the Ellipse in Washington, DC, on January 6, 2021, in support of then-President Trump and his allegations of election fraud,” Committee Chairman Rep. Bennie Thompson wrote to Budowich in November.

Over the last few months, the committee has issued subpoenas to Trump family members and confidants including Budowich, Rudy Giuliani, and Alex Jones, for their alleged roles in Jan. 6.

This week, the committee received a bulk of requested documents from Trump, after the Supreme Court rejected a request for records to be withheld.

Stock futures are flat after S&P, Nasdaq start the week in the red