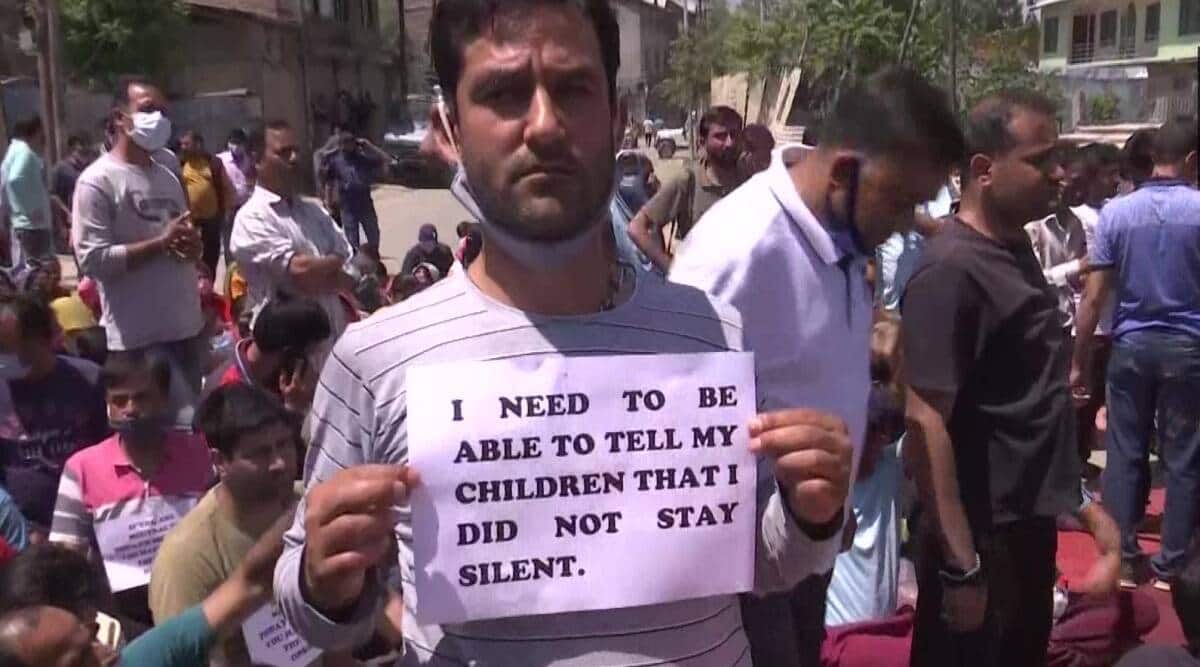 A constable with the Jammu and Kashmir was shot dead by terrorists at his residence in Gudroo area of Pulwama district on Friday. This is the second killing in the Valley by terrorists in the last 24 hours.

Constable Reyaz Ahmad Thokar was shot at in Gudoora in the district this morning, a police spokesman said.The injured cop was rushed to the Army’s 92 base hospital in the city but succumbed to injuries.

On Thursday, a Kashmiri Pandit government employee — Rahul Bhat — was shot dead by terrorists inside his office at Chadoora in Budgam district.

Bhat’s killing led to protests in the Valley on Friday prompting police to resort to baton charge and firing of tear gas shells to disperse Kashmiri Pandit community members marching towards Srinagar airport.

Mufti said she wanted to visit Budgam to express solidarity with Kashmiri Pandits protesting against the central government’s “failure to protect them”.

In a tweet on Friday, Mufti added that she was placed under house arrest “as the fact that Kashmiri Muslims & Pandits empathise with each other’s pain doesn’t fit into their vicious communal narrative.”

Former CM Omar Abdullah termed the police’s high-handedness “shameful”, adding, “This is not new for the people of Kashmir because when all the administration has is a hammer every problem resembles a nail. If the LG’s government can’t protect KPs (Kashimiri Pandits) they  have a right to protest.”