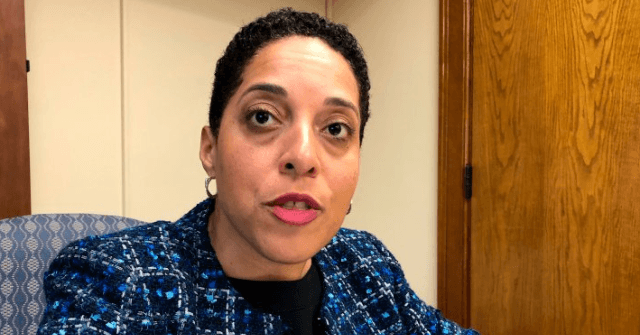 In 2018, Gardner investigated Greitens over allegedly blackmailing a woman with compromising photos while he was Missouri governor. Gardner’s investigation ultimately led to Greitens’ resignation, but he maintained his innocence.

Gardner’s investigation fell apart when she dropped the invasion of privacy charges against Greitens after a judge determined she would have to testify as part of the proceedings.

However, as part of Gardner’s investigation, she hired former FBI agent William Tisaby to help with her investigation and conduct all interviews with the alleged victim instead of going with the St. Louis Police Department.

In March, Tisaby pled guilty to tampering with evidence in the Greitens investigation after a grand jury indicted him on multiple counts of perjury and one of evidence tampering. Tisaby allegedly colluded with Gardner’s office while conducting the investigation and admittedly suppressed documents relating to it.

Tuesday’s ethics panel decision comes one month after the Missouri Supreme Court ordered Gardner to release all communications between her and Soros from January 2017 to July 2019 relating to the Greitens investigation.

The panel found that Gardner included “an erroneous statement” in her filing against Greitens and failed to provide Greitens with all of her notes from the interviews with the alleged victim.

And in the wake of Respondent’s non-production, already thinly stretched judicial resources were expended to hold several hearings, review motions and pleadings, and issue orders and rulings, all pertaining to documents and evidence that should have been voluntarily produced.

The panel said the fact that Gardner dropped the case against Greitens was a mitigating factor in her favor and acknowledged that she took “full responsibility for her actions.”

As a result, the panel disciplined Gardner by issuing a public reprimand on her law license.

However, the grand jury members from Tisaby’s perjury and evidence tampering indictment argued Gardner should have suffered more severe consequences. In a letter sent to the presiding judge in Greitens’ case signed, “Seven Grand Jurors,” they cited Gardner’s “calculate deceit and/or outright incompetence” as a reason for imposing harsher sanctions.

Our work exposed us to activity and behaviors in the St. Louis Circuit Attorney’s office that we considered disturbing and certainly unethical. What we observed was not inadvertent nor inconsequential but was calculated deceit and/or outright incompetence; neither of which is acceptable behavior for a person holding this public office.

The jurors further argued that Gardner’s “disregard for the law” as a public official is “reprehensible.”

Our assignment as jurors was to investigate the indicted but our efforts revealed Ms. Gardner’s illegal prosecutorial misconduct to the point that we believed her actions were likely indictable as well. The fact that an ethics review was pending suggested gave us hope that Ms. Gardner would indeed face severe and appropriate consequences.

Greitens is hopeful of a return to political office. He’s currently a frontrunner in Missouri’s Republican U.S. Senate primary that is scheduled for August 2.