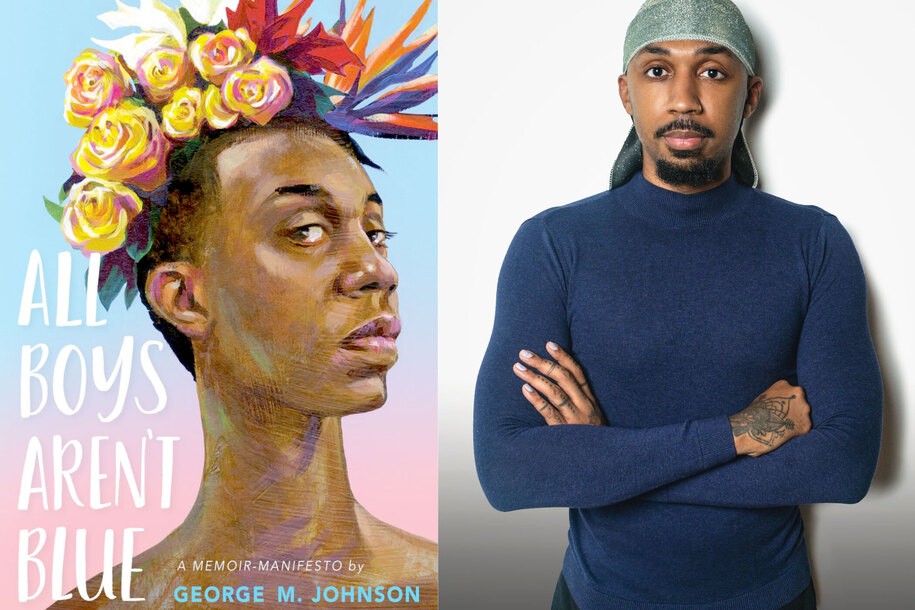 This interview has been edited for clarity, length, and flow.

George M. Johnson is the New York Times bestselling author of All Boys Aren’t Blue as well as We Are Not Broken. Johnson is an accomplished journalist who has written about race, sexuality, gender, HIV activism, and other subjects for both U.S. and international outlets. In speaking to Daily Kos during a phone interview in March, Johnson shared that their debut, All Boys Aren’t Blue, tells the story of what it was like to grow up being Black and queer in a Black family that understood and supported their queerness, even if they didn’t always have the language.

“I think the oldest person I got an email from is either 82 or 88 years old,” Johnson recalled. “Who said this is the first time they had been seen in a book. When you’re getting that type of messaging from so many people in the world, you know that you created something that is not just deeply impactful but is a change agent. The book is shifting culture. And how do we know that? Because we’re watching them attack.”

And attack they are. Republicans are entirely up in arms about a wide number of books, almost exclusively by LGBTQ+ writers and writers of color, and Johnson’s has been a particular favorite of adults to read from very selective passages at school board meetings. Why? As always, to fan hysteria.

Johnson says they initially laughed when they heard All Boys Aren’t Blue was facing a ban, as they figured it would be banned at some point.

“I first found out about All Boys Aren’t Blue attempting to be banned in Kansas City, Missouri,” they called. “It was around late September, early October … Someone on Twitter notified me that there was someone running for school board who was using my book as their platform as to why he needed to be on the school board to prevent books like that from getting too young adults.”

A number of conservatives have argued All Boys Aren’t Blue is inappropriate for young readers by describing select scenes as pornographic or obscene. The book, in fact, is not pornography. It does include passages about sexual abuse … a subject that teenagers and young adults can learn about safely by, you know, reading. And not just reading whatever random thing they find on the internet, but a book that’s been widely praised by editors, teachers, and librarians—you know, actual experts in what’s appropriate for the age group they work with.

But Johnson knows the real reason book bans are happening. And according to them, it’s the same reason Roe v. Wade is under attack, as well as the Voting Rights Act and critical race theory.

“It is simply because for the first time,” Johnson explained, “those who are in power are watching the demographics of this country shifted being more non-white.” They went on to explain it’s a “ploy” to keep the “ideology of white supremacy in the country down in it. And so how do you do that? You have to start where kids are indoctrinated with the white supremacist ideology and that’s the case through 12th-grade education.”

Johnson’s advice for people who feel this can’t or won’t happen in their progressive town or state? Don’t get too comfortable—instead, get active as an advocate. Johnson implores people to recognize their privilege and then use that privilege to make sure people in the state over are also guaranteed those same protections and opportunities.

At the time of writing, All Boys Aren’t Blue has been banned from public schools and libraries in at least 15 states. Though the case has since been dismissed, a school board member in the Flagler County school district even filed a criminal complaint and accused the book of violating obscenity laws.

Sign the petition: Demand the Senate pass the Equality Act and protect the LGBTQ community from discrimination.

*Note: Johnson uses they/them pronouns, so when discussing their work in the comments, please be mindful of honoring their pronouns. Thank you!