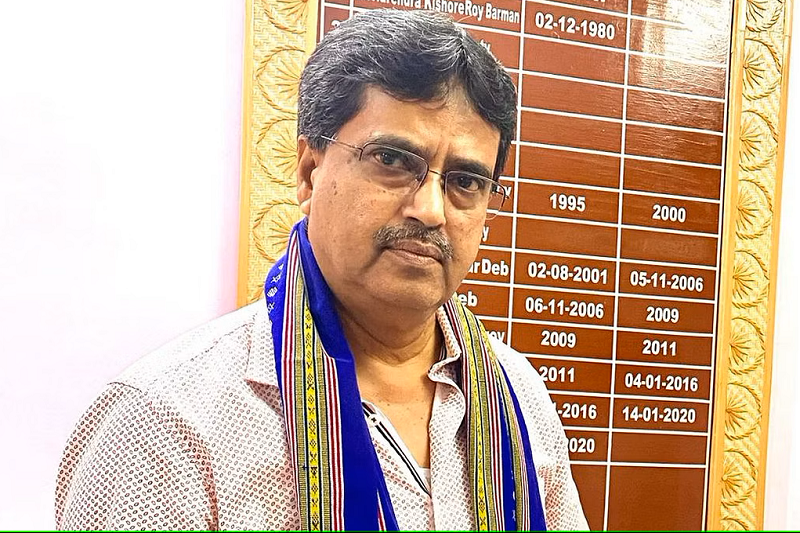 “To strengthen the base of BJP in the state, I need to work on grassroots level in various sectors. I should work as a common Karyakarta (party worker) rather than being in the position of Chief Minister to form BJP government again in the coming Assembly elections,” he told media after his resignation.

After quitting the Congress party in 2016, Manik Saha joined BJP and went on to become the president of BJP’s Tripura unit in 2020.

Manik Saha rose to fame after contributing to the saffron party’s victory in all 13 civic bodies in Tripura in November 2021 elections.

Also Read: Top 5 Richest Politicians In Uttar Pradesh You Should Know About

In view of the unprecedented resignation by the Chief Minister, JP Nadda had appointed Union Environment Minister Bhupendra Yadav and BJP general secretary Vinod Tawde as Central observers to elect the new leader for the northeastern state.

Media reports have also been rife about increasing intra-part factionalism within the Tripura state unit of the BJP which resulted in the two BJP MLAs named Sudip Roy Barman and Ashish Saha quitting their post as well as party membership earlier this year.

Tripura, which has only two seats in the Lok Sabha, is scheduled to witness assembly elections next year.

Responding to Biplab Deb’s resignation, the All India Trinamool Congress posted a tweet, saying goodbye to the Tripura chief ministry.

“Goodbye & good riddance to the CM who failed thousands of people in Tripura! Enough damage done. So much so that even the top bosses at BJP are fed up of his INCOMPETENCE,” the Mamata Banerjee-led party wrote on social media.

Biplab Deb emerged as the first chief minister of Tripura belonging to the PM Narendra Modi-led BJP in 2018 after he successfully ended the 25-year-rule of the Communist Party of India (CPI) in the state.