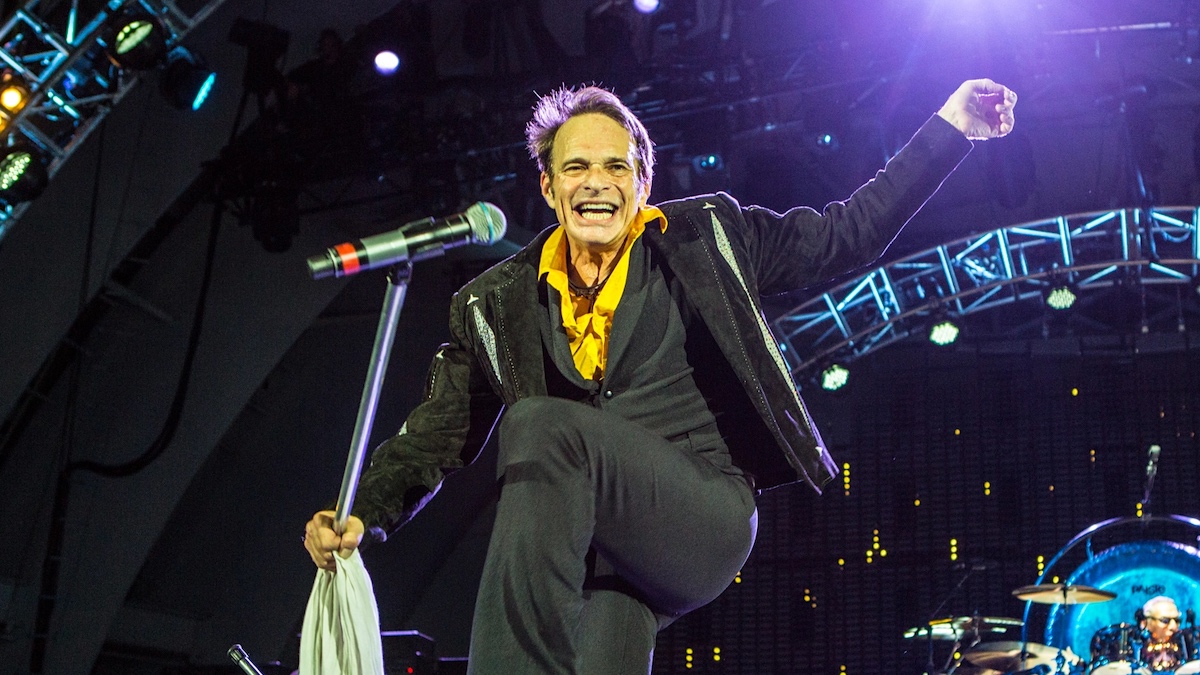 After announcing his retirement late last year, David Lee Roth now suggests that he’s not ready to jump away from his legendary music career. The singer also hints that a rumored Van Halen tribute tour might actually happen.

Roth originally announced in the Fall that he was retiring and that his scheduled Las Vegas residency around the new year would mark his last five shows ever. He then expanded the residency to run throughout January, only to cancel the entire run right as it was set to begin. COVID safety issues were cited for the cancellation of the first few shows, but no official reason was given for the remainder of the residency.

In a new video interview posted by Fox News, Roth was caught at the airport arriving back from performing at a private party in Cabo San Lucas, Mexico. When the cameraman questioned the Van Halen singer about his retirement, Roth responded, “There’s always a tomorrow for a singer; not so much for a trombone player these days.”

In April, former Metallica bassist Jason Newsted revealed that he was approached about joining a Van Halen tribute tour that would have involved drummer Alex Van Halen and guitarist Joe Satriani, but that he passed on the opportunity because he “didn’t want it to be viewed as a money grab.”

Satriani, while expressing disappointment that Newsted let the cat out of the bag, did confirm that there were indeed tentative plans for such a tour, and that Roth would also be involved. Roth then responded by suggesting an ideal lineup for the tour that would include Satriani, Newsted and Alex Van Halen, along with longtime Van Halen bassist Michael Anthony, Toto guitarist Steve Lukather, Mötley Crüe drummer Tommy Lee, and pop star Pink.

In the new airport interview, the cameraman also asked about the potential tribute tour, to which Roth said, “Yeah, I wrote the songs … I was the one who named the band … I’m only in the middle of my first retirement.”

It could be assumed that any tour that would be billed as a tribute to the late Eddie Van Halen would have to get approval from his estate, including his son Wolfgang. Yesterday, Wolfgang lambasted Reelz TV for their upcoming documentary program Autopsy: The Last Hours of Eddie Van Halen, calling the show “pathetic and heartless.”