‘Ferocious’ Kambosos: Australian boxer with Pacquiao in his corner 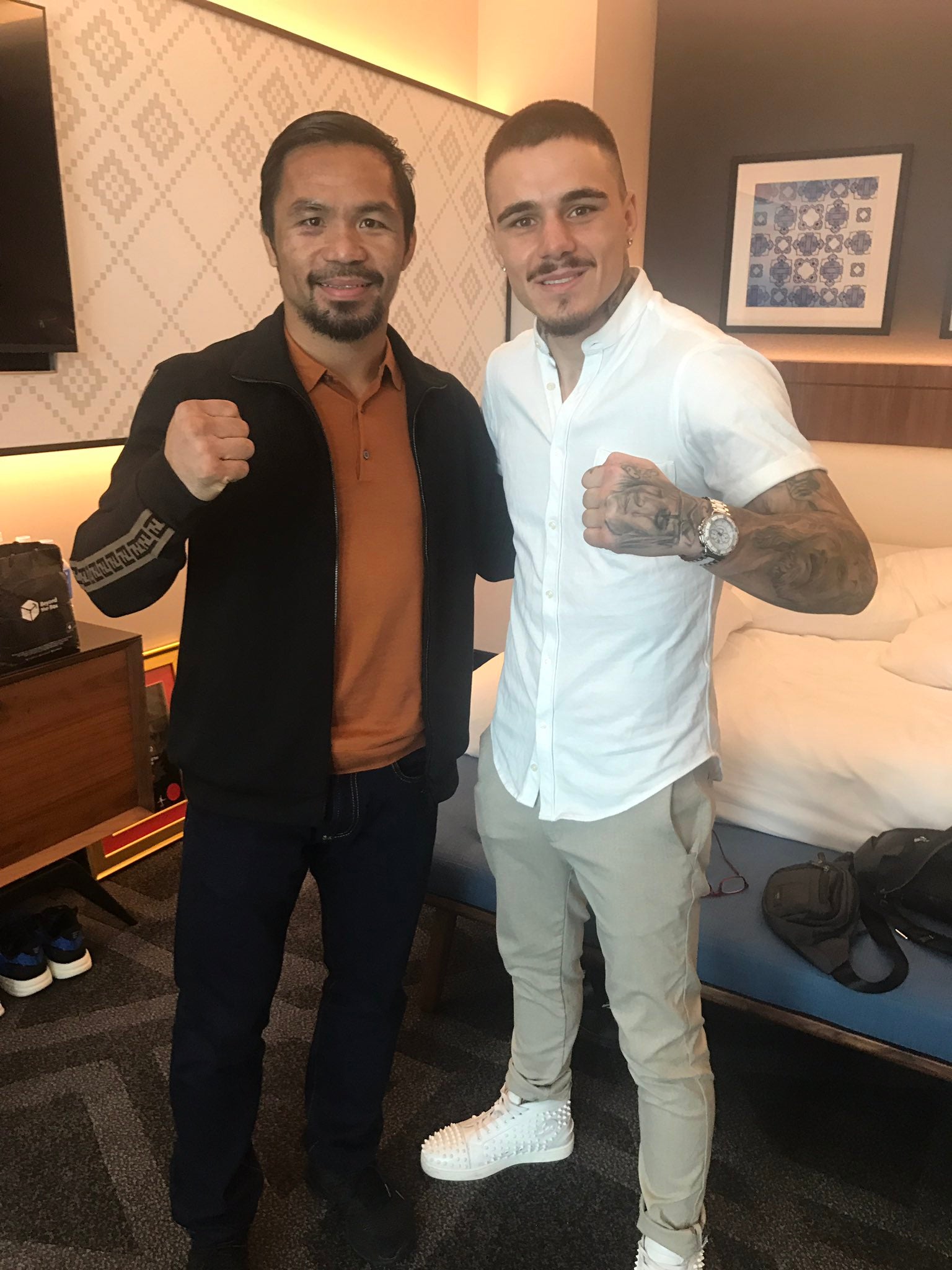 George ‘Ferocious’ Kambosos has risen from humble beginnings to the precipice of being crowned undisputed lightweight champion of the world, with boxing superstar Manny Pacquiao playing a big role.

For years, the heavily tattooed Australian, 28, has labored for recognition.

But all that could change on Sunday in Melbourne if he wins his showdown against American Devin Haney, with the WBA, IBF, WBO and WBC belts all on the line.

After a stellar amateur career spanning more than 100 fights, Kambosos successfully moved up to the professional ranks as a teenager and now boasts a 20-0 record, with 10 knock-outs.

But it took a lucky break in 2017 to help set him on the road to his blockbuster moment this weekend.

Little-known, he was at Freddie Roach’s famed gym in Los Angeles when the legendary trainer thought he would make a good sparring partner for Pacquiao ahead of his WBO welterweight bout against Jeff Horn in Brisbane.

Pacquiao stunningly lost to Horn, but the Filipino and Kambosos struck up a friendship and the Australian helped him prepare for two more title fights, clocking up over 250 rounds with the 12-time world champion.

Kambosos says the experience helped forge him into who he is today.

Pacquiao, who retired from boxing last year and unsuccessfully ran for the Philippines presidency last month, said he knew from their first meeting that Kambosos could go all the way.

“He wanted to be the best and he treated his sparring sessions with me as part of his education,” he told The Sydney Morning Herald.

“I never saw the same fighter twice. He was more than a sparring partner, he was a training partner.

“George worked harder than anyone in the camp, I think that is why we got along so well.”

Bullied for his weight

Australian fighter George ‘Ferocious’ Kambosos greets his fans during his final public work out in a boxing ring in Melbourne’s Federation Square on June 2, 2022 ahead of his undisputed lightweight champion of the world title fight against Devin Haney of the US on June 5. (Photo by William WEST / AFP)

Born in southern Sydney to parents of Greek descent, Kambosos was often bullied as a child for being overweight, which led to his father enrolling him in boxing classes to improve his fitness.

He lost the excess weight and fell in love with the sport.

After rising through the ranks as an amateur, he took the plunge to become professional and won his first bout in front of his home fans in Sydney in 2013.

To further his career, he and his team decided to base themselves in the United States, a move that led to the relationship with Pacquiao.

Defeating Lee Selby in London in 2020 made him the mandatory challenger for the IBF lightweight title which ultimately earned the Australian a crack at WBA, IBF and WBO champion Teofimo Lopez at Madison Square Garden in November.

Kambosos grabbed his chance in a bloody battle, catapulting himself into the big time by upsetting the American in a stunning split decision victory as a heavy underdog to win all three belts.

“Everything in my career I’ve had to earn. I’ve had to work hard, extremely hard to get to this position,” said Kambosos ahead of Sunday’s bout against Haney, who is the WBC lightweight titleholder and undefeated in 27 fights.

“I’ve never really been given something or opportunities, I’ve always worked hard to earn them. And that’s how I love it to be.”

That work has put Kambosos on the brink of his greatest achievement with more than 50,000 people expected to pack Melbourne’s Marvel Stadium to see if he can become one of Australia’s greatest boxers.