Michigan Authorizes Cops To Steal From Travelers at Airports 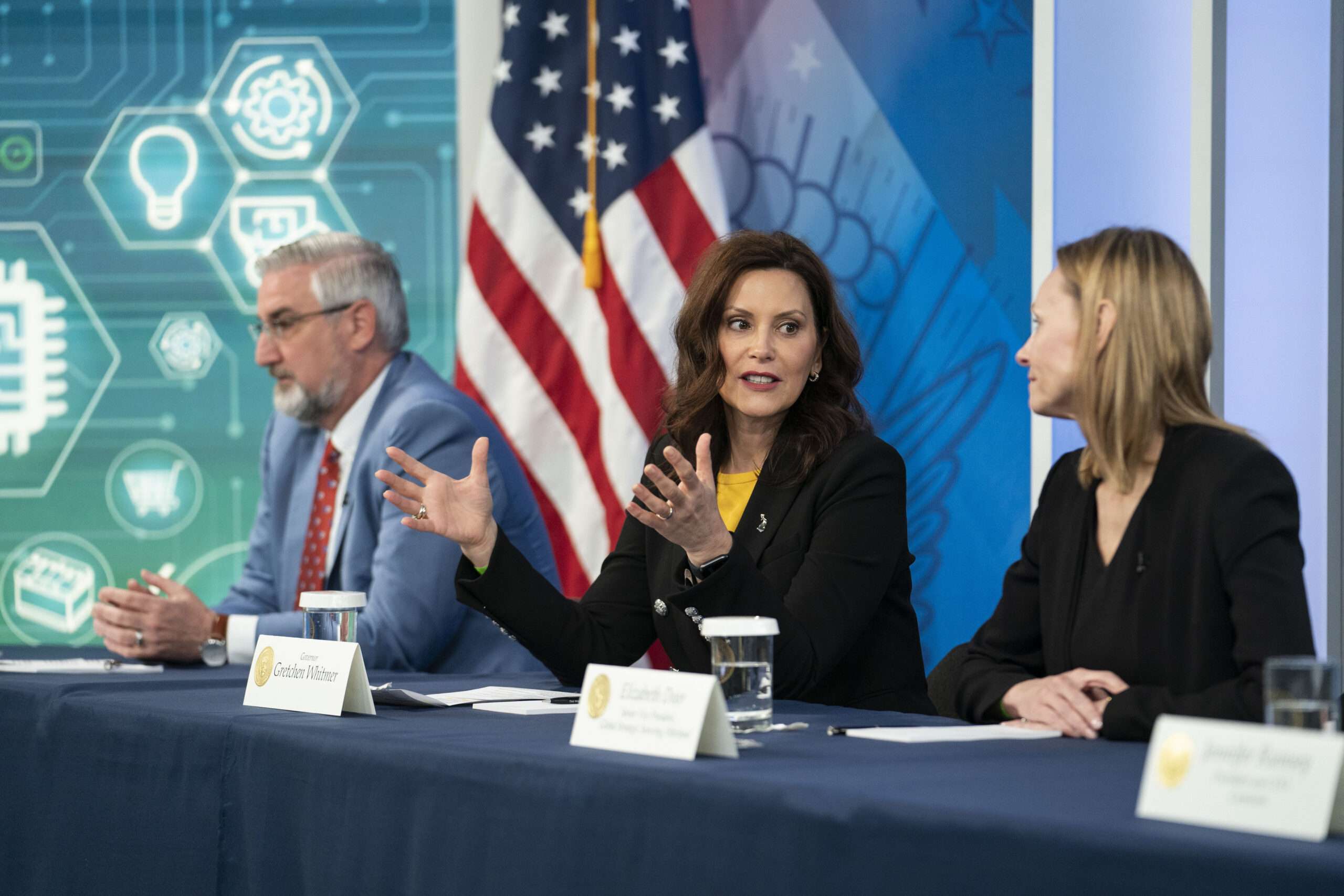 Graham Filler, a state legislator in Michigan, describes two recently enacted civil forfeiture bills as a “reform” that closed a dangerous “loophole.” In reality, the new laws open a dangerous loophole by authorizing forfeiture of cash carried by travelers at Michigan airports without a criminal conviction. That change represents a substantial reversal of reforms that Michigan enacted in response to complaints about a system that allows police to seize and confiscate property based on little more than a bare allegation that it is somehow connected to criminal activity.

“Traveling with cash is not a crime,” notes Institute for Justice senior attorney Dan Alban. “People regularly fly with large amounts of cash for a wide variety of completely legitimate reasons related to their business or personal finances. Allowing authorities to take air travelers’ cash without a criminal conviction, simply because they have a large sum of money, is a blatant violation of their rights. This will lead to innocent people losing their money and is a massive step in the wrong direction by Michigan lawmakers.”

As Rep. Filler (R–DeWitt) tells it, Michigan’s civil forfeiture reforms, which legislators enacted in 2015, 2017, and 2019 after hearing testimony about greedy cops who indiscriminately stole people’s property, invited drug traffickers to carry their ill-gotten gains into and out of Michigan with impunity. “Drug trafficking will not be tolerated in Michigan,” Filler says. “The men and women who keep our airports secure need to have the proper authority to keep drugs and drug money out of our state—and this reform gives them the tools they need to get the job done.”

Gov. Gretchen Whitmer, a Democrat, signed “this reform” into law last week. H.B. 4631, which Filler sponsored, makes an exception to a law requiring a criminal conviction before a forfeiture can be completed. It says that requirement does not apply to airport seizures of cash or other property worth more than $20,000. H.B. 4632, which was sponsored by Rep. Alex Garza (D–Taylor), eliminates a property owner’s right to seek a stay of forfeiture proceedings in such cases pending the outcome of a related criminal case.

“Michigan is a safer place to live today thanks to Governor Whitmer signing my House Bill 4632,” Garza bragged. “Drug traffickers will now think twice before trying to profit off the lives of our residents.” By removing barriers to forfeiture of property “seized in association with a drug crime,” Whitmer said, the two bills “empower airport authorities to crack down on drug crimes at airports.”

Like Filler’s take, the Orwellian language used by Garza and Whitmer grossly misrepresents the reality of how civil forfeiture works. Far from being “a safer place” thanks to their efforts, Michigan is now a more dangerous place for anyone who travels with large amounts of cash, which is perfectly legal but looks inherently suspicious to cops.

Whitmer assures us there is no cause for alarm, since this money is “seized in association with a drug crime.” But that is an allegation the government should have to prove, not a presumption that travelers should have to rebut after armed agents of the state have already robbed them.

Forfeiture affidavits routinely employ vague boilerplate that falls far short of establishing the criminal nexus they allege. This guy was carrying a lot of money, they say, and we suspect it is connected to drug trafficking. He bought a one-way ticket, and he seemed nervous when we grilled him, which reinforced our impression that he must be a drug dealer. Maybe the money came from selling drugs, or maybe it was intended to buy drugs. Either way, we want to keep it.

In Michigan, law enforcement agencies generally get to keep 90 percent of the proceeds from forfeitures they initiate, which is even more generous than the 80 percent they can expect from forfeitures “adopted” by the Justice Department through its “equitable sharing” program. That is a strong motive to claim that large sums of cash are connected to drug trafficking, even when there is little reason to believe that is true. The results of such perverse financial incentives are apparent in one case after another where cops seized an innocent person’s hard-earned money because they assumed he had no legitimate reason to have it.

In 2019, for instance, the Drug Enforcement Administration (DEA) took $82,373 from Rebecca Brown at Pittsburgh’s airport. That money was not “seized in association with a drug crime”; it was her 79-year-old father’s life savings. Brown had persuaded her father, Terry Rolin, that the money should be deposited in a bank, which is what she planned to do after she flew back to her home in Massachusetts. The DEA eventually agreed to return the money, but only after the Institute for Justice filed a lawsuit challenging the forfeiture and publicized the outrageous details of the case.

After flying from Tampa to North Carolina for a casino reopening in May 2020, Stacy Jones and her husband had dinner with friends, who were interested in buying a car the couple owned. They paid for it in cash. When the couple had to cut their trip short because of a death in the family, Jones put that money, along with cash she had for gambling, in a carry-on bag and headed for the airport in Wilmington, where the DEA robbed her of $43,000.

The DEA agreed to give the money back after Jones joined a class action lawsuit in which the Institute for Justice argues that such airport cash seizures are unconstitutional. Brown and Rolin are also named plaintiffs in that lawsuit.

In 2020, Jerry Johnson, the owner of a small North Carolina trucking company, flew with $39,500 in cash to Phoenix, where he planned to buy a semitruck at an auction. Local police seized the cash, alleging that Johnson was involved in money laundering. A judge ruled that Johnson could not challenge the forfeiture because he had failed to prove he had a legitimate interest in the cash. Last month, an Arizona appeals court overturned that decision, giving Johnson a chance to get his money back.

I could go on, but you get the idea. Michigan enacted its reforms precisely to prevent this sort of legalized larceny.

The changes that Michigan legislators made were relatively modest. Unlike Nebraska, New Mexico, and North Carolina, which allow only criminal forfeiture, Michigan still allowed seizures based on scant evidence, requiring a conviction only to complete a forfeiture and halting those proceedings only after the owner filed a challenge, which he had to do within 20 days after receiving the government’s forfeiture complaint.

“It’s not that you can wait and see if you are convicted,” explains Lee McGrath, senior legislative counsel at the Institute for Justice. “You must expend the money to either file the civil complaint or answer the government’s civil complaint.”

That is a common problem in states that ostensibly require convictions prior to forfeiture: They have two-track systems that require owners to contest a forfeiture in civil court while contesting charges in criminal court. In the civil track, they are on the hook for legal fees, which often exceed the value of the seized property, and they have weaker due process protections than they do in the criminal track.

Worse, the amended Michigan laws required conviction of “a person,” not necessarily the owner. That is also a common feature of state forfeiture laws with conviction requirements. If property is seized from someone other than the owner, it can be forfeited when that person is convicted unless the owner proves his innocence.

Also like other states that have enacted forfeiture reforms, Michigan set a monetary threshold for its conviction requirement, which did not apply to assets worth more than $50,000, and it did not address the profit motive that drives forfeiture abuse. Even after the reforms, Michigan’s laws earned a D in the latest edition of the Institute for Justice’s Policing for Profit report.

Still, Michigan legislators were trying to help the victims of avaricious cops and prosecutors who used other people’s money to pad their budgets. Now Michigan has moved in the opposite direction, reducing the threshold for the conviction requirement from $50,000 to $20,000 for airport seizures.

Whitmer, Filler, and Garza claim that change will make people safer. But which is a bigger threat to public safety: drug dealers who sell arbitrarily proscribed intoxicants or cops empowered to rob people they wrongly identify as drug dealers?