Pharrell set to release new collaboration with Tyler, The Creator next week 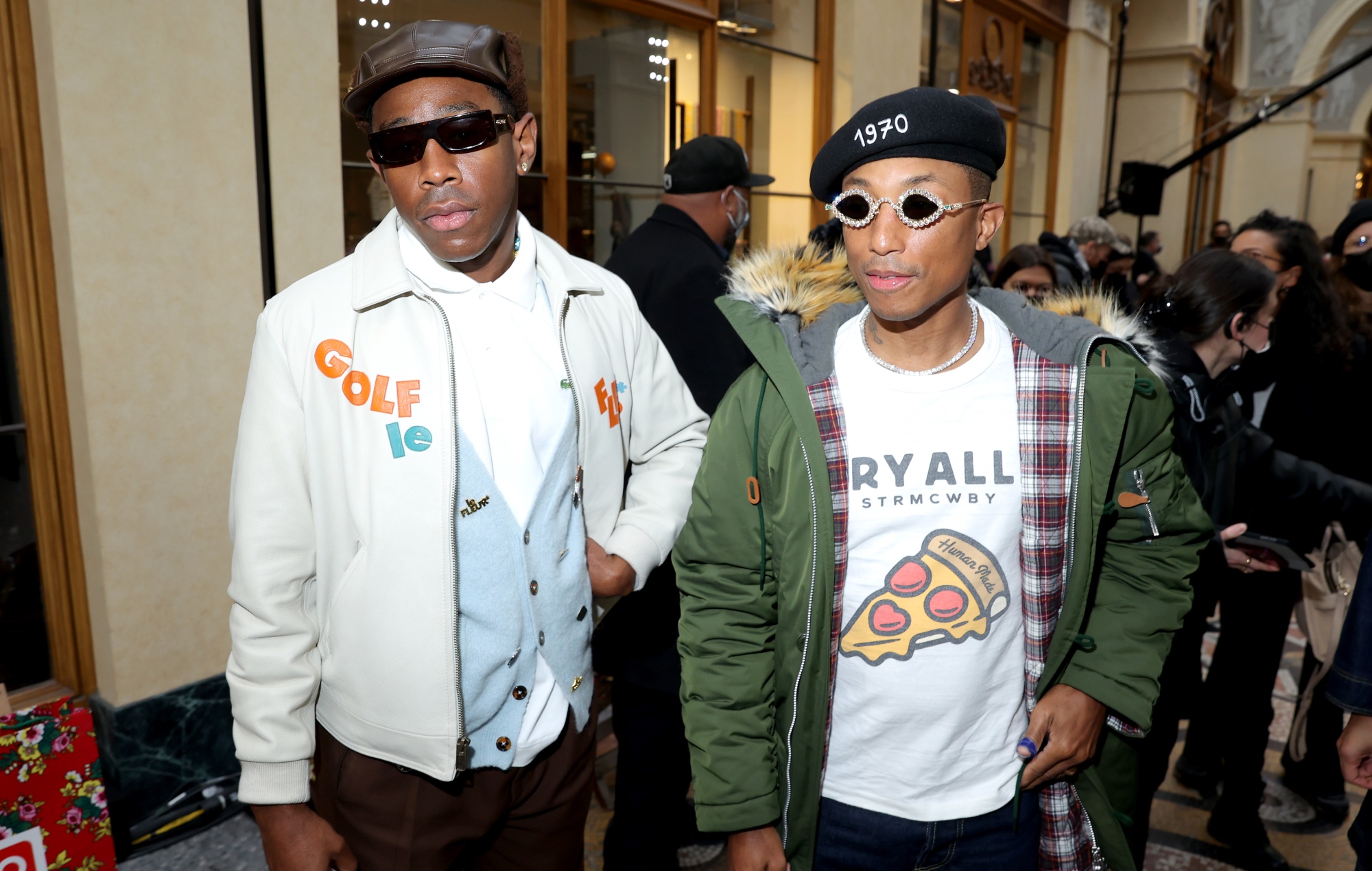 Pharrell has announced the release details of his upcoming collaboration with Tyler, the Creator and 21 Savage.

‘Cash In Cash Out’ is due for release next Friday (June 10) and comes ahead of Pharrell’s upcoming Something in the Water Festival, which will be held in Washington D.C. from June 17 to June 19. The event will be headlined by “Pharrell and Phriends” and feature sets from Tyler, The Creator, Calvin Harris, Lil Uzi Vert, Run The Jewels and Gracie Abrams.

Earlier this year, Tyler, The Creator shared the Pharrell-produced track ‘Come On, Let’s Go’ from the compilation album ‘I Know Nigo’, curated by DJ, fashion icon and A Bathing Ape founder Nigo.

Tyler, The Creator released his sixth studio album, ‘Call Me If You Get Lost’, in June 2021. In a four-star review, NME wrote: “The record stands as an all-encompassing culmination of Tyler’s ever-varying sound, showing that growth isn’t always linear and that artists can be a multitude of things.”

Speaking about working with Pharrell, Pusha told NME that Pharrell said “the evolution of me is being more of a character. He doesn’t like me rapping. He tells me all the time: ‘You can do that verse in your sleep. You have to give me the character, that matter-of-fact evil guy.’”

Pusha went on to explain how Pharrell played him Joker, the 2019 Batman prequel starring Joaquin Phoenix, and had it playing on mute in the background while they dug through crates of beats, finding the right ones for Pusha to rap over.

“One of the songs we created was ‘Neck & Wrist’,” Pusha said. “He was like, ‘Look at this shit – you don’t get those bars without those visuals.’”

And earlier this year, 21 Savage played at Coachella and was joined on stage by Post Malone.