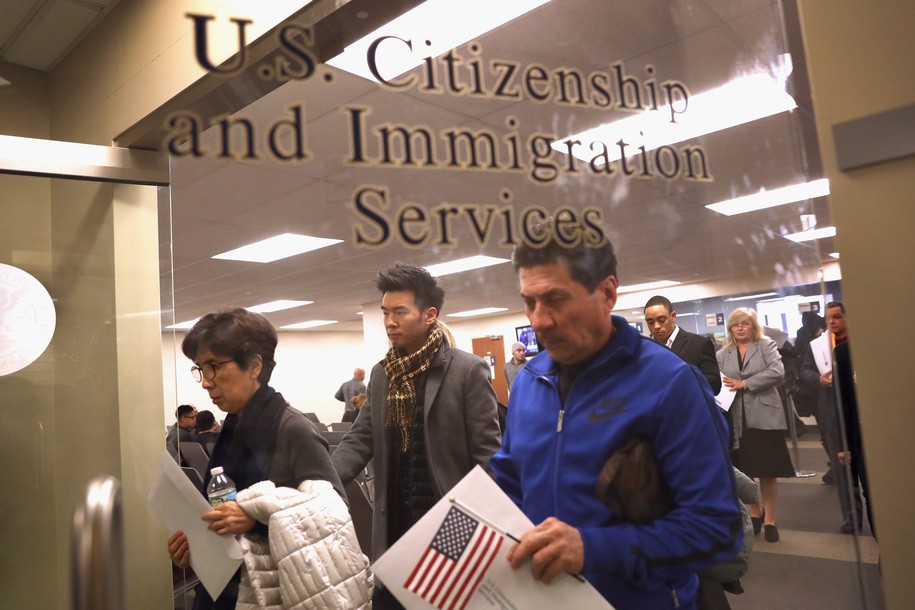 Lawmakers point to a March 2022 report revealing that the Boston Asylum Office is “dominated by a culture of suspicion and distrust toward asylum seekers, which is further exacerbated by internal pressures placed on asylum officers.”

Elie Mystal is on Daily Kos’ The Brief podcast today

“Specifically, our findings demonstrate that [a]sylum officers experience high levels of burnout and compassion fatigue, which leads to low approval rates,” and that “[b]ecause of internal pressures, asylum officers cut corners when conducting their job responsibilities, which violates asylum seekers’ due process rights,” authors Refugee and Human Rights Clinic at the University of Maine School of Law, the Immigrant Legal Advocacy Project, the American Civil Liberties Union of Maine, and Ph.D. Political Science at Amherst College Basileus Zeno said in the report.

“The report establishes that the Boston Asylum Office is an ‘outlier’ among the nation’s other asylum offices,” lawmakers write to DHS Inspector General Joseph V. Cuffari. “But that makes the consequences of its low asylum grant rate no less concerning. As the report emphasizes, ‘[b]ecause persecution is at the core of asylum claims, denying legitimate claims without proper due process exposes asylum seekers to the very persecution from which they have fled.”

Markey has also led an effort calling on the Biden administration to address the “stark inconsistencies” when it comes to the treatment of Ukrainian and Afghan refugees who are seeking safety in the United States. Lawmakers noted while nearly 6,000 Ukrainians have been granted humanitarian parole, which allows them to enter the U.S. for a period of time, just 270 Afghans have been approved.

Lawmakers noted that while Afghan refugees “must provide proof of individualized, targeted violence by the Taliban,” Ukrainians don’t have to show that they were specifically targeted by Russian invaders. U.S. Citizenship and Immigration Services is also facing a lawsuit over unjust humanitarian parole denials.

“The government’s retreat from the Afghan humanitarian parole process has had tragic consequences, leaving our clients stranded and in danger,” said ACLU of Massachusetts Staff Attorney Adriana Lafaille. The complaint states that three relatives of one plaintiff who worked with U.S. military and is now a U.S. citizen were murdered while waiting for decisions.

The complaint states that even after three of plaintiff Rasul Roe’s family members were killed, “USCIS did not act, leaving the survivors at risk. Indeed, it was not until May 2022, more than six months after Rasul filed the applications on behalf of his family, that USCIS first asked him for additional information. The cases remain pending.”