Tulsa gunman’s doctor was among those killed in the mass shooting : NPR 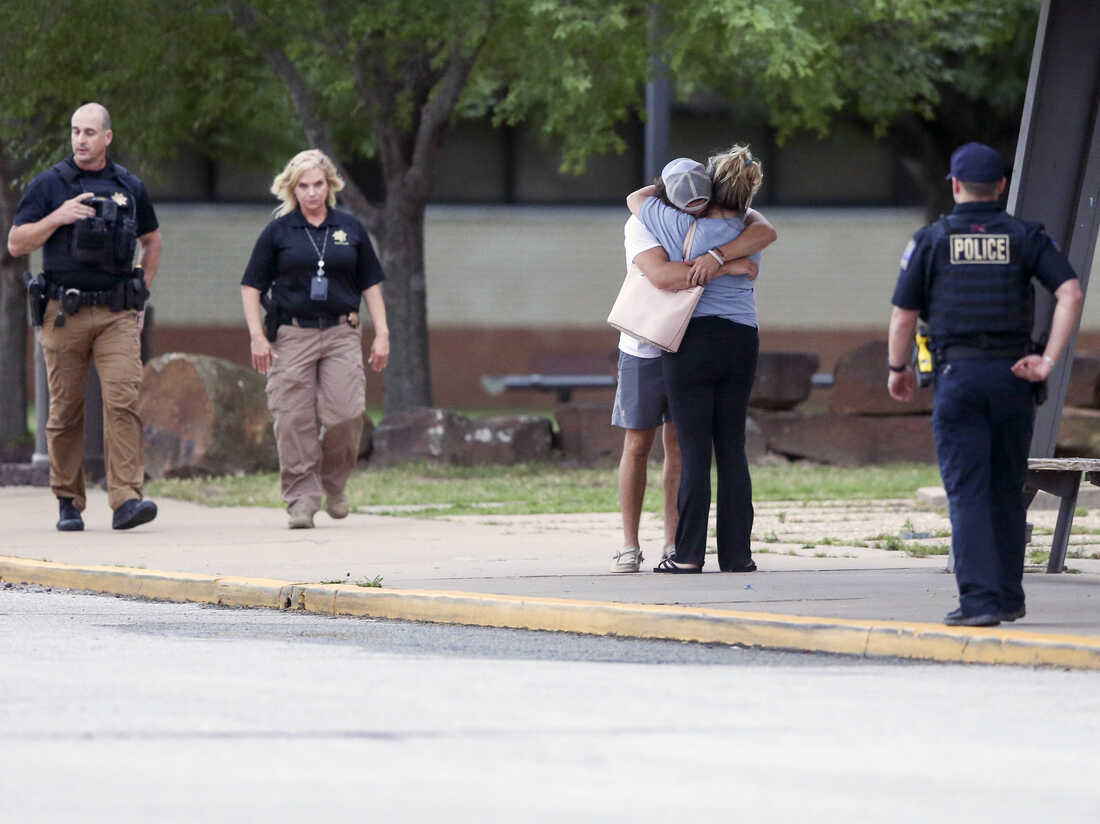 Two people hug outside at Memorial High School where people were evacuated from the scene of a shooting at the Natalie Medical Building on Wednesday, in Tulsa, Okla.

Two people hug outside at Memorial High School where people were evacuated from the scene of a shooting at the Natalie Medical Building on Wednesday, in Tulsa, Okla.

Police in Tulsa, Okla., say the shooter’s doctor was among those killed Wednesday during a mass shooting at a medical building. The shooter had complained multiple times about pain following back surgery and sought additional treatment in the days prior to the attack, police said.

The shooting on the campus of Saint Francis Health System left five people dead, including the gunman, according to police. Police said they believe the gunman, Michael Louis, shot himself.

During a news conference Thursday, Tulsa Police Chief Wendell Franklin said the shooter had gone to the hospital for back surgery on May 19 under the care of Dr. Preston Phillips, one of the people killed in the shooting.

The shooter was released from the hospital on May 24. Afterward, the shooter called multiple times complaining about pain and seeking additional treatment. On Tuesday, Phillips saw the shooter for more treatment.

The gunman called Phillips’ office again on Wednesday seeking additional care and complaining about pain in his back.

At 2 p.m. Wednesday — hours before the shooting — the gunman purchased an AR-15-style rifle from a local gun shop, Franklin said. The shooter also purchased a semiautomatic handgun on May 29 from a pawn shop.

Franklin said someone who was not at the hospital, but who was on a video call with a doctor who was, called 911 at 4:52 p.m. on Wednesday to tell authorities that there had been a shooting. Police then received more specific calls. Police first arrived on scene at 4:56 p.m.

The shooting comes less than two weeks after the mass shooting at an elementary school in Uvalde, Texas. The Tulsa shooting is the 233rd mass shooting in the U.S. this year.

“I … want to express our community’s profound gratitude for the broad range of first responders who did not hesitate today to respond to this act of violence,” Tulsa Mayor G.T. Bynum said at a news conference Wednesday.