BEAUTY
ENTERTAINMENT
Health
Music
Politics
Sports
HomeSportsArthur Theate to sign as back up to Tierney at Arsenal?
Sports

Arthur Theate to sign as back up to Tierney at Arsenal? 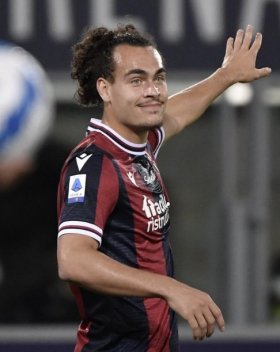 Belgium international defender Arthur Theate is amongst a list of 5 names that could be brought in to Arsenal as a new backup to Kieran Tierney. Tierney, who has struggled with injury since his arrival at the Emirates from Celtic, has also been linked with a move away from North London, leaving the Gunners scouring Europe to find a new backup for the Scottish international.

Theate played 31 games for Bologna last season, scoring 2 goals in Serie A, catching the eye for his loan club. Theate will now return to his parent club Oostende, the team that he came through the ranks as a youngster.

The mixed performances of Nuno Tavares has given manager Mikel Arteta a conundrum; keep hold of the out of form Portuguese defender or add squad competition in the shape of a player like Theate, who already has proven himself in one of Europe’s top 4 leagues and appeared as in his country’s first team squad.

Theate could be available for a fee of around £14 million and is said to favour a move to England as opposed to returning to Serie A.