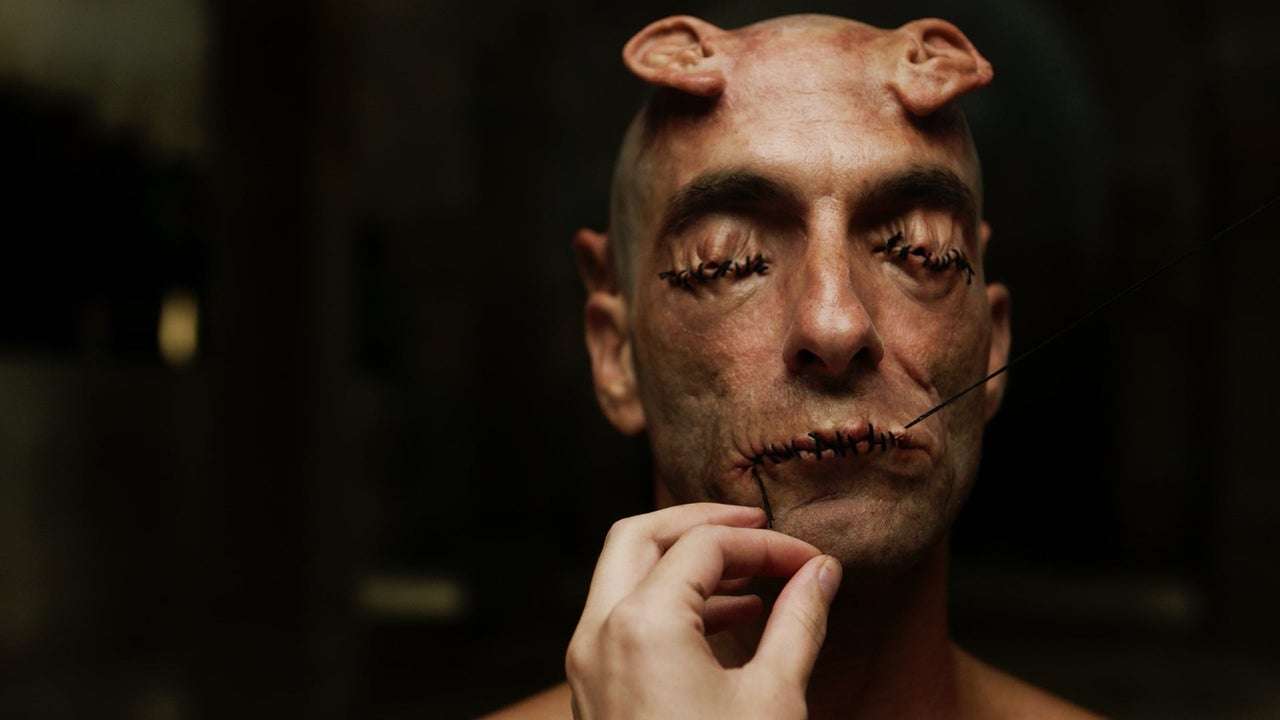 Few movie directors have examined the body as thoroughly as David Cronenberg. Known best for kinky, operatic, gory films like The Fly, Scanners, and Videodrome, many of his best-known and best-loved movies are about the terror of bodies that rebel against their owners or are taken over by forces unknown. Even if you don’t know his movies, you’ve probably encountered his images. If you’ve seen a gif of a bald guy’s head exploding used as a reaction on some internet forum, that’s from the celebrated opening sequence of Scanners. If you’ve seen a bug-faced Jeff Goldblum vomiting up gelatinous mucous, that’s from The Fly. He’s a master of memorable gross-outs. Cronenberg’s best-known works don’t operate on the usual slasher film wavelength. Instead, they ask: Who needs monsters when you have your own flesh and bone?

So it is with Crimes of the Future, his first film in eight years, and a welcome return to form for the director. Like so much of his filmography, Cronenberg’s new work is haunting and moody, bloody and provocative, sexy and surreal, if not always forthcoming about what it wants to say.

Crimes is set in a murkily defined depopulated near-future where body crime is rampant. Vast ships lie overturned in shallow waters, and humans have evolved so that they no longer feel pain. With pain no longer an obstacle, surgery has become a casual pastime and an art form, while some humans have become afflicted with Accelerated Evolution Syndrome. Among those humans is Saul Tenser (Viggo Mortensen), who, along with his partner Caprice (Léa Seydoux) uses organic-seeming surgery machines to remove new organs of unknown purpose. They also have a sexual relationship that involves similar sorts of cutting and mutilation, collapsing the gap between pain and pleasure. At one point Tenser says he is opposed to the changes his body is forcing upon him. Thus, his body is his art—and also his enemy.

In that way, he more than a little bit resembles Cronenberg himself, who has often used human flesh as a metaphorical template for the relationship between individuals and society. In Cronenberg’s vision, every human body is a self-contained universe, a creative temple capable of greatness and transformational terror. But individuals are never left to themselves. Rather, his films are full of shadowy organizations, often but not always governmental, that attempt to capture and control bodies, particularly those that demonstrate special powers and properties.

In Crimes of the Future, that takes the form of a National Organ Registry, a minor bureaucracy run by oddballs Timlin (Kristen Stewart) and Whippet (Don McKellar) that numbers and records Tenser’s latest growths. And then there’s the New Vice Unit, which investigates unauthorized projects of the body, including an underground organ-growing competition that recruits Tenser as a participant.

Cronenberg’s tour of the underground body art scene includes a sequence in which a nearly naked man overgrown with extra ears has his eyes and mouth shut, and later there’s a bit in which Mortensen has a sort of zipper-access installed in his belly, which becomes an organ of sexual pleasure. Timlin, perhaps declaring the movie’s theme or perhaps mocking it, declares that “surgery is the new sex.”

Meanwhile, there’s a secretive organization run by a shaggy, intense man named Lang Dotrice (Scott Speedman) that produces packages of what look like candy bars, but turn out to be something far stranger. Turns out Dotrice is pushing to advance humans to the next stage of evolution via a series of organ modifications that allow people to consume plastic: What you put in your body matters just as much as what comes out of it.

If all of this sounds narratively unwieldy, well, that’s not wrong. Yet it’s not too hard to understand what Cronenberg is getting at. As he said at the Cannes Film Festival, according to Deadline, the film “addresses…the question of who owns whose body.” Although the script dates back to the early 2000s, he said he feels it was in some ways prophetic. “I did write it 20 years ago, but you can feel that this was coming, this kind of oppressive ownership and control,” he said, adding: “It’s a constant in history: There’s some sort of government that wants to control its population and means once again, body is reality.”

Autonomy and ownership, consumption and modification, sex and pain, what it means to make passionate love in an autopsy machine or have a zipper installed in your guts for easy access: These are the sorts of ideas that have animated Cronenberg for decades, and if they are not always libertarian in their specifics, they are certainly libertarian-adjacent in their concerns. Cronenberg may be best known for his gut-churning images, but the questions of individual bodily control and the relationship between the individual and the state are what most animate his work. Crimes of the Future offers a chilling, eerie reflection of the crimes of today.