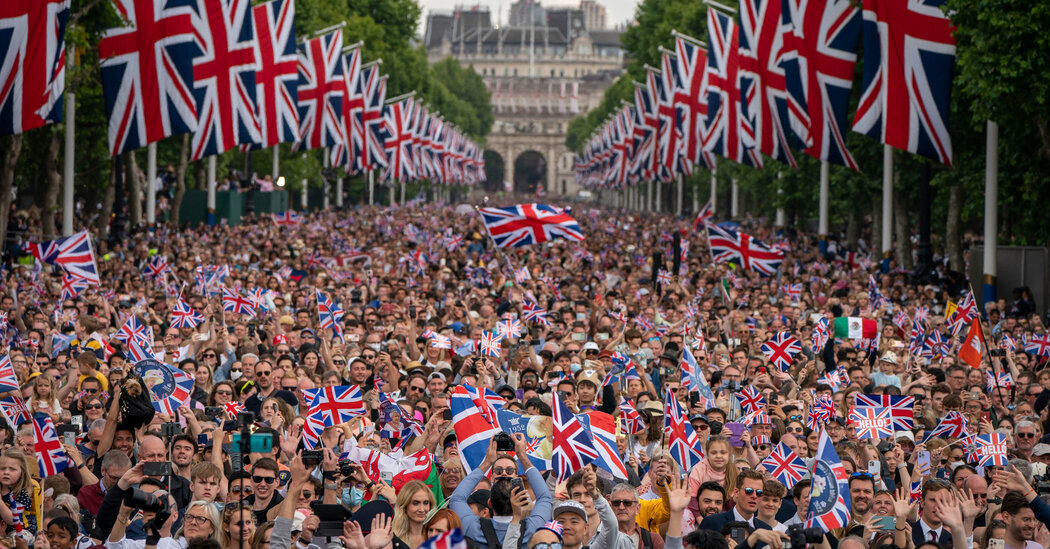 Britain is awash in pomp and pageantry for the Platinum Jubilee, a four-day celebration of Queen Elizabeth’s seven decades on the throne, with street festivals, lunch parties and even an occasional glimpse of the queen herself.

The festivities began on Thursday with a birthday parade as the queen was joined at Buckingham Palace by members of the royal family, who took part on horseback and in carriages. The parade, known as Trooping the Color, closed with a flyover from the Royal Air Force.

On Thursday evening, the queen led the lighting of the Platinum Jubilee Beacon from Windsor Castle. The ceremony was paired with a beacon lighting by her grandson Prince William, who stood in for her outside Buckingham Palace, in a symbolic passing of the torch to the next generation.

Friday’s focus was a service at St. Paul’s Cathedral, intended to exemplify the queen’s special role in British life as both head of state and head of the Church of England. Hundreds of people, including diplomats and leading politicians, attended. It was also the first public appearance at the jubilee celebrations of Prince Harry and his wife, Meghan.

The queen had initially been expected to attend Friday’s event, but Buckingham Palace said late Thursday that she had decided to skip the service after experiencing discomfort on a busy first day of festivities.

A service of thanksgiving for the queen’s reign on the second day of the Platinum Jubilee celebrations.

Prime Minister Boris Johnson with his wife, Carrie Johnson, at the service.

Members of the Life Guards marched outside the cathedral.

Fans crowded the streets surrounding St. Paul’s Cathedral to get a glimpse of the royal family.

Projected images of Queen Elizabeth throughout her reign along the facade of Buckingham Palace.

Queen Elizabeth led the lighting of the principal Jubilee beacon in Windsor, England.

The Royal Air Force formed the number 70 to highlight the queen’s reign.

Children, including Prince George, Prince Louis and Princess Charlotte, watched the parade from a window at Buckingham Palace.

A 124-gun salute celebrating the queen near the Tower of London.

Queen Elizabeth making her first appearance of the Jubilee weekend on the balcony of Buckingham Palace.

Camilla, the Duchess of Cornwall, and Kate, Duchess of Cambridge, arriving at Buckingham Palace in a horse-drawn carriage.

Members of the Household Division marched in the Trooping the Color parade.

Royal fans lining up along the Mall in London.

Several members of the royal family, including Prince Charles, Prince William and Princess Anne, rode on horseback during the Trooping the Color parade.

Crowds around one of the fountains in Trafalgar Square.

A Guardsman distributed Jubilee pamphlets to people attending the Trooping the Color.

Security personnel patrolled the streets on the first day of Jubilee celebrations.