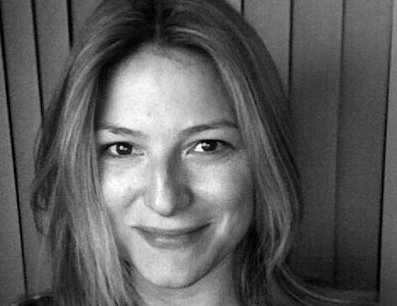 Bruna Papandrea is bringing yet another page-turner to the screen. With credits like “Gone Girl,” “Wild,” “Big Little Lies,” and “Nine Perfect Strangers” under her belt, it’s no surprise that the producer is involved in bringing a new woman-penned novel to TV, Erin Young’s “The Fields.” Papandrea’s Made Up Stories, Jennifer Todd Pictures, and Endeavor Content acquired rights to the recently published crime thriller, per Deadline.

Kate Brooke (“A Discovery of Witches”) is penning the adaptation and will serve as showrunner. “‘The Fields’ starts with a body – a young woman found dead in an Iowa cornfield, on one of the few family farms still managing to compete with the giants of Big Agriculture. When Sergeant Riley Fisher, newly promoted to head of investigations for the Black Hawk County Sheriff’s Office, arrives on the scene, an already horrific crime becomes personal when she discovers the victim was a childhood friend, connected to a dark past she thought she’d left behind. The investigation grows complicated as more victims are found. Drawn deeper in, Riley soon discovers implications far beyond her Midwest town,” the book’s synopsis teases.

A sequel for the novel is already on the way.

“From the moment we read ‘The Fields,’ we were hooked,” said Papandrea and Todd. “Erin has the incredible ability to weave ripped-from-the-headlines themes like Big Agriculture and political corruption with a heart-pounding, unpredictable murder mystery – and all without sacrificing an exceptionally grounded world. That is precisely why we were all thrilled when Kate Brooke, who masterfully crafts rich characters we want to root for, signed on to adapt. We could not be more excited to be working with this powerhouse team in bringing Erin’s chilling book to screen.”

Papandrea’s upcoming slate includes film adaptations of “The Thing About Jellyfish” and “Luckiest Girl Alive.” The former, based on the children’s novel by Ali Benjamin, is being helmed by Wanuri Kahiu (“Rafiki”) and stars “Stranger Things” breakout Millie Bobbie Brown as a teen investigating her best friend’s drowning. The latter is based on Jessica Knoll’s mystery of the same name about a woman whose past trauma comes back to haunt her. Mila Kunis leads the Netflix pic.

Brooke counts “Bancroft” and “Mr Selfridge” among her other credits.

Erin Young is the pseudonym of Robyn Young, whose other books include “The Brethren Trilogy,” “Insurrection Trilogy,” and “New World Rising.” She has sold over two million books worldwide.