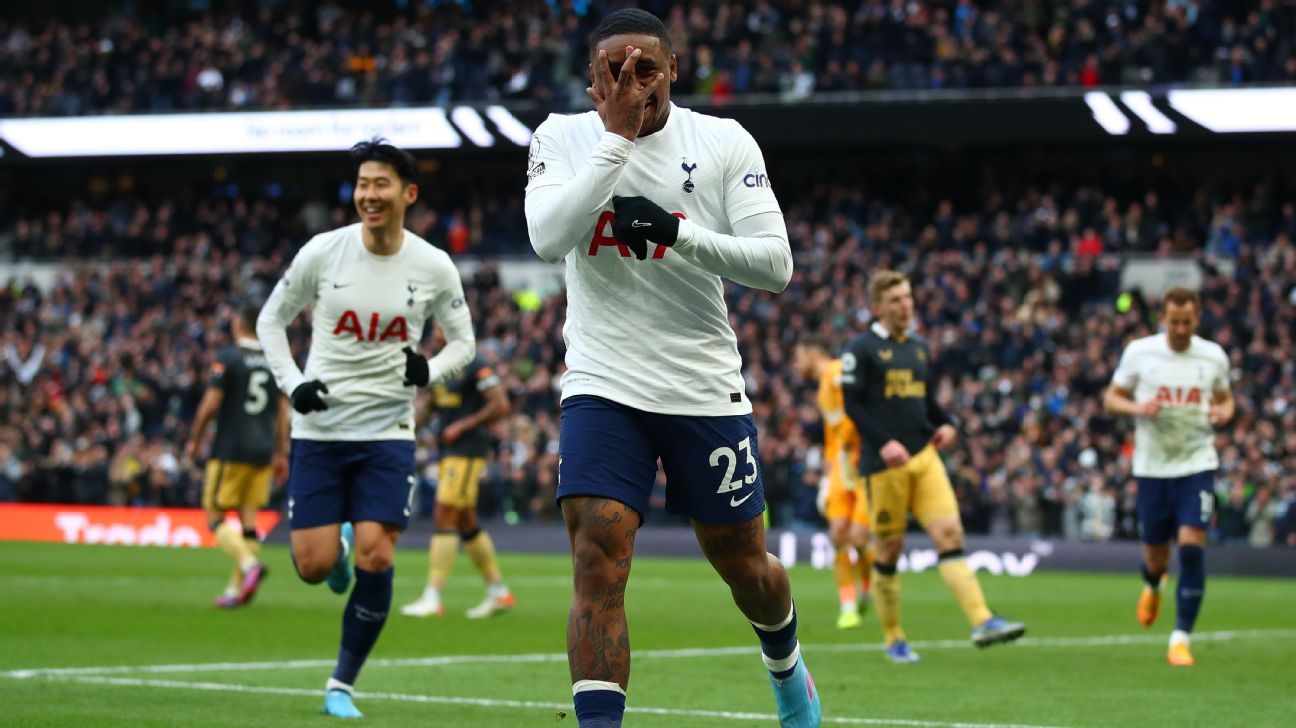 Tottenham Hotspur are continuing to demand up to €25 million for Steven Bergwijn despite the winger’s preference for a move to Ajax, sources have told ESPN.

Sources said that the Eredivisie champions are confident Bergwijn wants to join them as he targets regular first-team football ahead of the World Cup in Qatar later this year.

Sources added that Ajax had a bid rejected for Bergwijn last week, having had two previous offers turned down in January. None of those bids have as of yet exceeded €20m.

Spurs are keen to recoup the majority of the €30m they paid PSV Eindhoven for Bergwijn in January 2020 but he has been reduced to a peripheral role under Antonio Conte.

Although the Italian has publicly praised Bergwijn’s versatility, he has not started a game since Jan. 23, when Tottenham lost 2-0 at Chelsea.

Bergwijn fell down the pecking order following Dejan Kulusevski’s arrival from Juventus in January and he is keen on a move to revive his career.

Ajax remain hopeful of completing a deal — reports in Netherlands suggest Bergwijn has indicated he is willing to agree a five-year contract with the Dutch giants — but negotiations are continuing between the two clubs.

It remains to be seen whether Manchester United enter the running with Erik Ten Hag now installed as the club’s new manager.

Ten Hag was previously at Ajax when their interest in Bergwijn began.

Conte is thought to be open to keeping Bergwijn but recognises the club needs to balance their finances with Spurs targeting as many as six summer signings to turn them into Premier League title contenders.

As ESPN reported in May, Tottenham were exploring a deal to sign Ivan Perisic and have subsequently secured a deal. The winger will complete a free transfer from Inter Milan on July 1.

Spurs are also in talks to sign Inter centre-back Alessandro Bastoni and are also set to announce the signing of back-up goalkeeper Fraser Forster from Southampton.