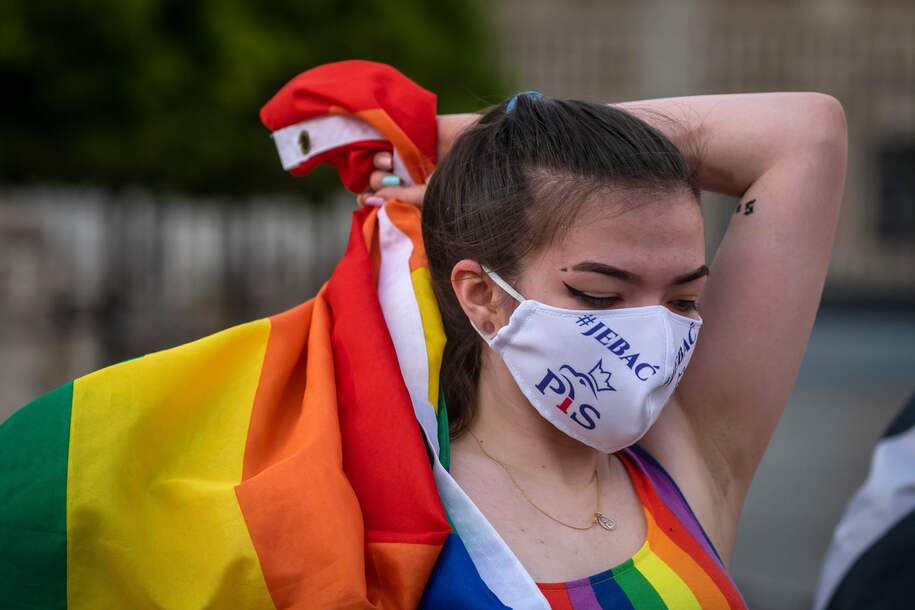 The speech is pretty strange overall, but that doesn’t excuse the clear and continued queerphobia. The alum of the school encouraged graduating students to pursue heterosexual relationships and specified men should be with women and women with men. He encouraged young people to live by “Biblical principles.” He encouraged the public school graduates to devote time to “learning God’s word” and to “choose a spouse” by those principles.

Surprising absolutely no one, these remarks were not pre-approved by the public school. But McGuire clearly still made them, and still caused an incredible amount of harm.

For example, in speaking to local outlet the Marion Star, Alexis Osipow, who was attending the ceremony to celebrate her younger sister’s graduation, said their jaw “dropped to the floor” and at first they thought they were mishearing him.

“I had to look around and see if other people were having the same reaction that I was, and they were,” the 2018 graduate explained to the outlet, adding, “I felt like crying when I heard some people in the crowd clapping. But I was absolutely outraged and so were my parents and brother. I heard people behind me whispering about how inappropriate the comment was as well.”

What happens next? As of now, folks are expected to attend the next school board meeting to discuss this absolute disaster. The Marion County Board of Developmental Disabilities, which McGuire serves as a board member, released a statement on Sunday to the organization’s Facebook page saying though they did not attend the ceremony, their mission is one of “inclusion of all people.” The post added that they are still “learning the facts” of the incident and will meet to discuss McGuire’s position as a board member.

Of course, all of this sits in stark contrast to the absolute hoops Zander Moriczs, a Harvard-bound and openly gay student, had to jump through in order to give his commencement speech in Osprey, Florida. Moricz, as you might recall, says he was told he couldn’t bring up his activism or the state’s infamous ‘Don’t Say Gay’ bill during the address to his classmates. So he instead replaced “gay” with “having curly hair” and, frankly, wowed not just the immediate audience but the whole nation.

LGBTQ+ youth and allies shouldn’t have to devote so much of their precious intelligence and youth to combating and outsmarting queerphobia. And every adult who condones queerphobia, whether latently or explicitly, needs to be held accountable.

You can catch some of the speech here.