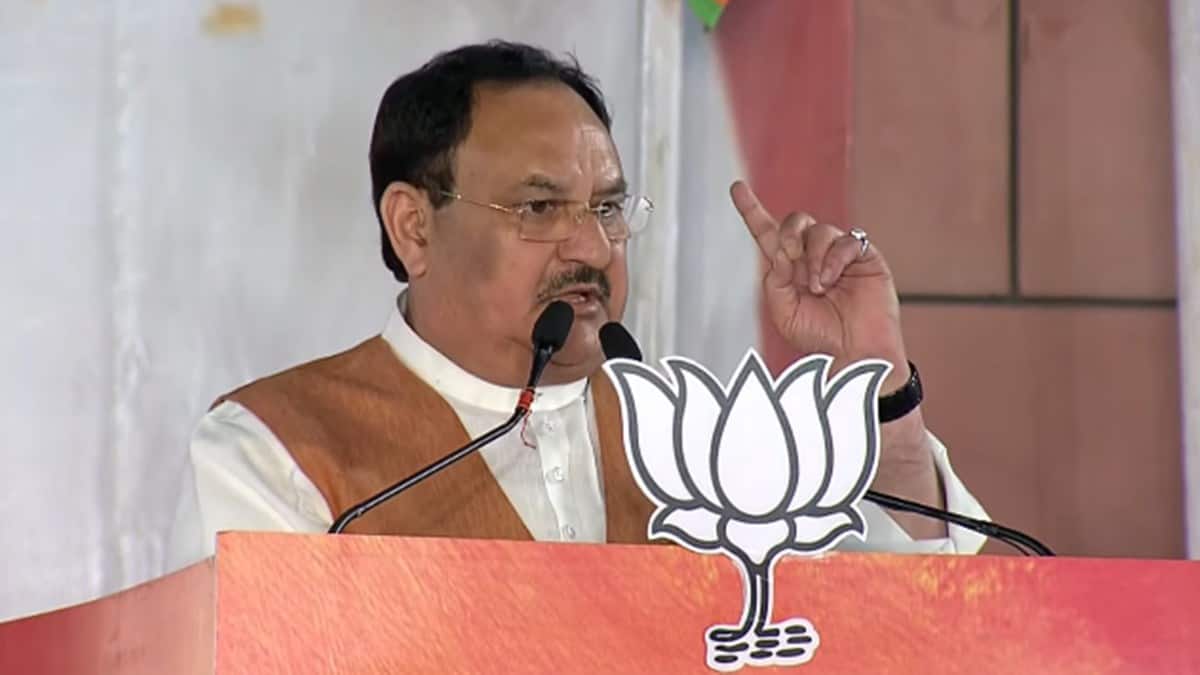 Launching a stinging attack on the JMM-led coalition in Jharkhand, BJP president J P Nadda Sunday gave a clarion call to tribals in the state to oust the dispensation, which is headed by someone who has become “synonymous with corruption”.

Addressing a rally here, Nadda also assured the tribal communities of bolstering their development through various welfare schemes of the central government.

“Corruption and (Chief Minister) Hemant Soren have become synonymous… He not only allotted (mining) lease to himself but benefited his wife, brother and kins as well. Corruption is at its peak in the state, and so are atrocities against tribals,” the senior BJP leader alleged.

“The morale of Naxalites is high, too, now… I am sure you will oust such a government,” Nadda said at the ‘Dharti Aba Birsa Munda Vishwas’ rally at the Morhabadi Grounds.

Asserting that the BJP was indebted to tribals for their silent contribution to the country, he said they had waged a war against the mighty British way back in 1780s, much before the national freedom movement, and hailed tribal icons like Birsa Munda, Tilka Manjhi, Sidho Kanho and Budhu Bhagat.

He said 10 tribal museums are on the anvil, while the ‘Birsa Munda Yatra’ is slated in Jharkhand, Odisha, Chhattisgarh and the tribal-dominated parts of Gujarat and Maharashtra.

“There are eight tribal Rajya Sabha MPs, 190 MLAs, two governors… which is only possible under the Narendra Modi government. The poverty level in the country has come down from 22 per cent to 10 per cent, benefiting a large number of tribals,” Nadda said.

“Under the Swachh Bharat Abhiyan… 1.5 crore beneficiaries are tribals. Under ‘Ayushman Bharat’, 90 lakh tribals are being benefited,” he said. A total of 39 lakh houses have been sanctioned under the ‘PM Awas Yojna’, Nadda said.

“I am pained that a state where if someone forgot something on the streets could find it at the same spot the next day, has seen an unprecedented rise in murders, loot, crime and Naxalism,” Nadda said at the rally, which saw participation of people belonging to 32 tribal communities of Jharkhand.

The public meeting is being viewed as a platform for the BJP to woo the state’s tribal electorate and kickstart political campaigns ahead of the 2024 general elections, and the assembly elections, due in the same year.

The by-election to the Mandar assembly seat is also scheduled on June 23.

Meanwhile, BJP national vice-president and former Jharkhand chief minister Raghubar Das, claimed at the rally that religious conversion of tribals, which was stopped by the previous BJP government in the state, has commenced again under the patronage of the JMM-led dispensation.