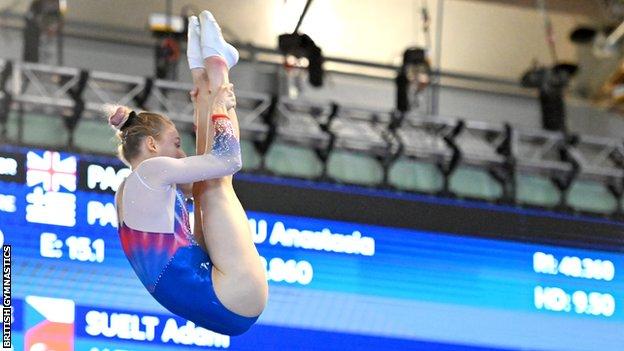 Bryony Page and Kirsty Way won gold on a medal-packed final day for Great Britain at the Trampoline European Championships in Rimini, Italy.

It is Page’s second gold of the Championships, having won the synchronised trampoline with Izzy Songhurst on Saturday.

“It feels amazing. I’ve dreamt about this for a while,” said Page.

There was also a silver for world champion Megan Kealy and bronze for Megan Surman in the women’s individual tumbling final, while Lewis Gosling earned silver in the men’s individual DMT final.

Wray said: “I can’t believe it. I’ve been European champion before, but I wasn’t coming into this competition expecting to do it again. I had no expectations.

“I wanted to come here and have fun and I’ve come away with a gold medal and I don’t believe it.”