Dovhen’ke, the insignificant little town holding back the Russian hordes 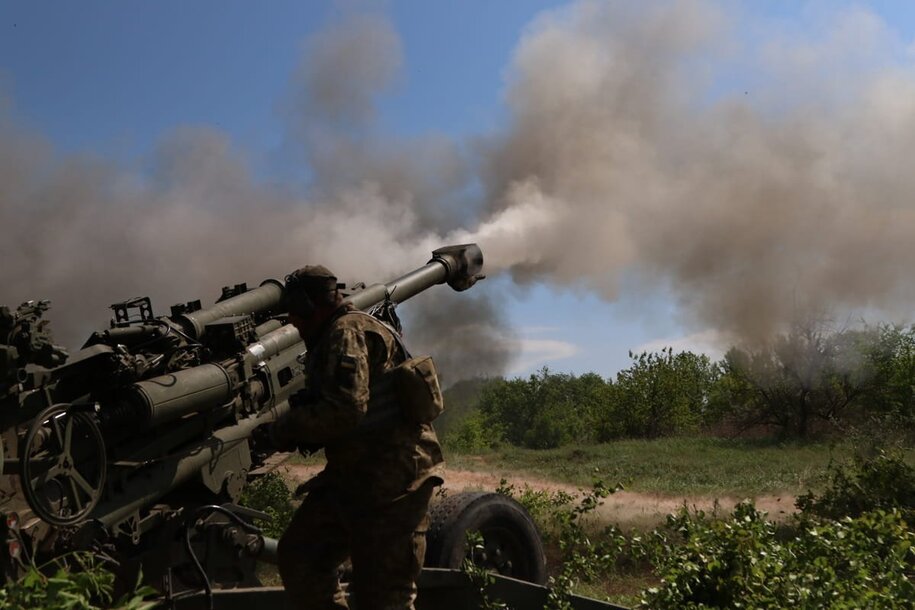 As Russia and Ukraine remain in a bloody fight over Severodonetsk, a town with a pre-war population of around 100,000 and roughly zero strategic value, another far more important battle is being waged 80 kilometers (50 miles) directly to the west at Dovhen’ke, pre-war population 850.

Dovhen’ke is just south of Izyum, on the main M03 highway running southeast toward Slovyansk—a key strategic goal in Russia’s effort to conquer the entire Donbas region. As such, this otherwise insignificant hamlet, straddling an important road, has been the scene of near-relentless Russian assaults since early April, when Russia took control of Izyum.

One of the first Russian volunteers in the approach to Dovhen’ke wrote a diary about his experience ( translated part I and II), using the Russian name for the town, “Dolgen’koye.” This guy Viktor never actually made an assault on the town. His unit got lost during one attempt, and he said screw it and refused to participate in subsequent attacks. Instead, he chronicled the stories of other soldiers attempting to take the town as he dug ditches at HQ.

[T]hose who later came back from the assault were telling us – it was 7 kilometers of walking through the fields between Suligovka and Dolgen’koye. They left at 10AM and only by 4PM managed to reach 600 meters from the village. They were exhausted. All this time they marched under heavy mortar and artillery shelling. Dead and wounded started appearing. When we reported to our battalion commander Major Vasyura about dead and wounded, he cussed: ‘leave them and keep advancing!!!’.

They said that reconnaissance squad commander who was moving together with our incomplete companies got wounded. He himself told his scouts to keep going forward and support the attack, and to pick him up later. He appointed another senior to them. After all, they picked him up. When they almost reached Dolgen’koye the mortar shelling became very intense. A Ukrainian tank started firing. This resulted in even more dead and wounded. The officers (who were alive and not wounded) did not know what to do. Then, one of the volunteers (he told me that in person; he was 40 years old and for 12 years prior he served on a contract, including in GRU; a combat veteran) said: ‘Guys, we need to fall back, otherwise we will be smashed with mortars and those who stay alive will be finished off’. So they retreated. Everyone was exhausted. It was very difficult carrying the wounded. We came back at 11PM. One of the volunteers, Andrey from Kursk who came together with me said that many simply ran off while retreating. He yelled at them to help pull out the wounded, but they didn’t help. He said he wanted to grab an assault rifle and start shooting in their backs… Thus, the grenade launcher platoon commander, Captain Nikolaev who was dragged for 4 hours, died from blood loss… I didn’t know him personally, but everyone said he was a very good person… So that was an attack on Dolgen’koye on 20 April…

By all indications, this “attack” was nothing more than some bedraggled infantry marching for hours, no armor, not even the common courtesy of a truck to transport them to the front. They reached the outskirts of town exhausted and got smashed by Ukrainian artillery and mortar fire. Since that approach didn’t work … they decided to try it again, and again, and again.

Many had a feeling that we were just deliberately being destroyed. Looking ahead, I’ll say that based on the fact that different units tried to take Dolgen’koye, I think that our command simply had the task of taking Dolgen’koye and simply sent in everyone they could. It got to a point where in early May they started sending only 7 people to attack!! As I understood, other units went to assault Dolgen’koye one or two times before stopping.

The volunteer’s diary has multiple examples of ill-fated Russian advances on the town. There was the airborne VDV unit that got hit around the town and refused to advance, while soldiers wondered if they were meant to be sent to expend Ukrainian ammo, hoping they’d eventually run out (which was a very WWII Russian tactic). One day, they almost got lucky:

At the end of April they brought to us around 18 people who advanced as a large group of 120. They said that apart from them some other unit attacked Dolgen’koye from another direction. Perhaps that is why they reached Dolgen’koye without any mortar shelling. They had 300-400 meters to go when they came under crossfire from two machine guns… Even closer to them were positions of Ukrainian assault riflemen. They started combat. Our guys also had machine guns and RPGs. As I understood they killed at least 6 assault riflemen but had to retreat due to Ukrainian machine guns which they couldn’t suppress. Most likely the machine guns were located in well-fortified positions. The guys said that if they had a little help, if the machine guns were suppressed with helicopters or tanks, then they would have entered Dolgen’koye…

Russia’s basic maneuver unit is the Battalion Tactical Group (BTG), which has 10 tanks, 40 infantry fighting vehicles, and around 600-1,000 soldiers on paper (of which 200 are infantry, though that distinction has long been erased in this war). Ukrainian and American intelligence has long claimed that Russia has around 22 BTGs in the Izyum salient. Yet this key town, a speck on a map, on the main highway toward their key objective, couldn’t merit anything more than 120 poor souls with zero armor or air support? And that was one of their better-resourced assaults!

In May they brought the remnants of ‘Bars’ (trained reservists from all of Russia) – 14 people. They assaulted Dolgen’koye for a month and remained in the area. As I understand it, they were attached to the leadership of our wicked division. In total, 340 of them arrived to Ukraine. After a month of shelling only 57 remained. Moreover, half of the survivors were at the headquarters. Most of them were wounded. They never had a single firefight, all the losses came from Ukrainian artillery fire…

One of those failed attacks on Dovehen’ke was captured by a drone:

For Dovhen’ke, June has been no different than the preceding two months—General Staff has announced near-daily Russian assaults on the town. The town’s defenders, the 95th Airborne Assault Brigade, continue repelling those attacks.

Meanwhile, those paratroops are taking their own abuse, such as this TOS-1 thermobaric MLRS pounding the town.

32-year-old Lt. Denys Antipov of #Ukraine‘s 95th Airborne Assault Brigade was injured by #Russian artillery in March, and went back on duty. He was killed on 11 May near the village of Dovhen’ke, in the Kharkiv region. https://t.co/1txGnGYzOB

I’m sure you’re asking yourself why Russia can’t crack Dovhen’ke. Partly, it’s their incompetence. But the town does have some natural features assisting in its defense.

This isn’t exactly the Rockies or the Alps, but that undulating terrain offers several layers of natural fortifications, likely extensively entrenched. Just coming down that M03 highway, I can see four bluffs overlooking the highway,. There are several more flanking the road into town.

Those bluffs are also wooded, so it looks like this:

No wonder Russian soldiers, rucking for hours on end, get slaughtered when they reach the approaches to town. Still, it’s no impenetrable fortress. This little speck on the map shouldn’t be that difficult.

Well, they claimed they captured it. Again. For the third time in a month.

Continued focus by RuAF on the offensive towards Sovyansk. RU forces shelled multiple towns, the shelling of Dovhenke indicates it is not under RU control as they have claimed. Unsuccessful RU assaults on Bohorodychne and Dovhenke. pic.twitter.com/8s54YSaNxS

Dovhen’ke, population almost nothing, is no longer insignificant.

It’s a slug-fest, with artillery making it incredibly hard for anyone to go on the offensive. That mostly plays to Ukraine’s advantage right now as it holds its ground on the eastern Donbas front, buying time for western weapons and fresh units to deploy. But it hampers Ukrainian efforts to retake territory in Kharkiv and Kherson regions despite the relatively thin presence of Russian military forces. Hence, we shouldn’t expect big sweeping gains by anybody anytime soon.

As for Severodonetsk, Russia had taken 80% of the city before Ukraine counter-attacked (supposedly having laid a trap). Current estimates are that city control are split 50-50.

He visited Ukrainian forces in Lysychansk, across the river from Severodonetsk. This tells us that at least one supply road to Lysychansk is open, and safe enough to risk this.