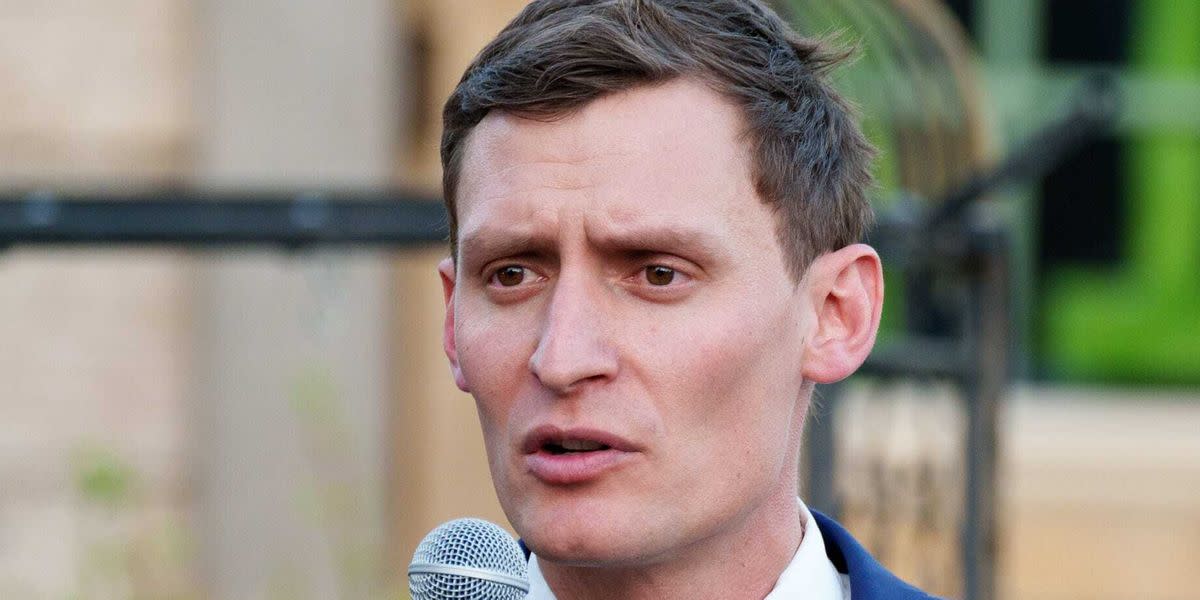 Blake Masters, a Republican candidate for U.S. Senate in Arizona who is backed by former President Donald Trump, claims gun violence is largely a racial issue.

“We do have a gun violence problem in this country, and it’s gang violence.” Masters told “The Jeff Oravits Show” podcast in April in comments that were spotted this week by The Daily Beast.

“It’s people in Chicago, St. Louis shooting each other. Very often, you know, Black people, frankly,” Masters said. “And the Democrats don’t want to do anything about that.”

Just weeks after his comments, 10 Black shoppers were murdered in a mass shooting in Buffalo, New York. The suspect, who is white, allegedly targeted Black people during his killing spree. He was also reportedly a believer in “replacement theory,” a conspiracy theory that has spread in conservative media circles such as Fox News.

As The Daily Beast noted, Masters has pushed that same theory, which claims Democrats are trying to replace white voters with people of color via immigration.

“Obviously, the Democrats, they hope to just change the demographics of our country,” Masters told the “Patriot Edition” podcast, according to The Associated Press. “They hope to import an entirely new electorate. Then they call you a racist and a bigot.”

Arizona will hold its primary on Aug. 2.

The eventual GOP nominee for Senate will face off against Sen. Mark Kelly (D) in a seat the Cook Political Report has rated as a tossup ― and one that could help determine control over the evenly split Senate.