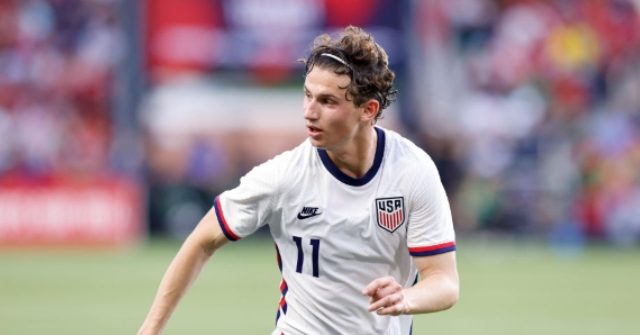 The U.S. men’s national soccer team joined the current wave of sports figures advocating for more control through an open letter addressed to the U.S. Congress.

“We are writing to join the millions of people around the country who are asking a simple question: When are we going to do something about gun violence in America?” the letter starts. “With legislation being considered in the coming days in the House and Senate, we implore you to stand with the majority of Americans who support stronger gun laws.”

Given that the U.S. men’s soccer team features players from Europe and other parts of the world with lower gun violence than the United States, the letter goes on to lament how the team is so often “asked how in a place like the United States there can be such horrific gun violence.”

“It’s not only about the mass shootings that you see every day, but it’s about the needless gun violence and the kids, the people that are dying every day.” — Gregg Berhalter on supporting @Everytown by wearing orange today pic.twitter.com/hBeaYSBz8h

“We are also asked why the representatives of the people do nothing even though most Americans want them to take action,” the letter continued. “Those of us who play professionally abroad experience none of these things in our daily lives, yet we return home to a place where mass shootings are frighteningly common and the victims are often defenseless children.”

Without outlining specific policy, the letter further implores both U.S. House Representatives and U.S. Senators to vote “this week to address gun violence in America.”

“In the coming days, the U.S. House of Representatives is voting on several bills that would address this serious issue. Please vote yes on all the bills being considered,” the letter says.

“We’re standing up for what we believe in.”
– @thewalkerzim on today’s letter to Congress pic.twitter.com/cog42jFZTt

“Please stop choosing campaign contributions over kids’ lives,” it concludes. “Stop being steered by some misguided notion that voting for gun reform legislation — or even refusing to talk about it in the first place — will get you voted out of office. Instead, do what is necessary to prevent this from ever happening again.”

According to ESPN, the U.S. men’s soccer team wore armbands in support of gun control during the team’s matchup against Uruguay over the weekend.