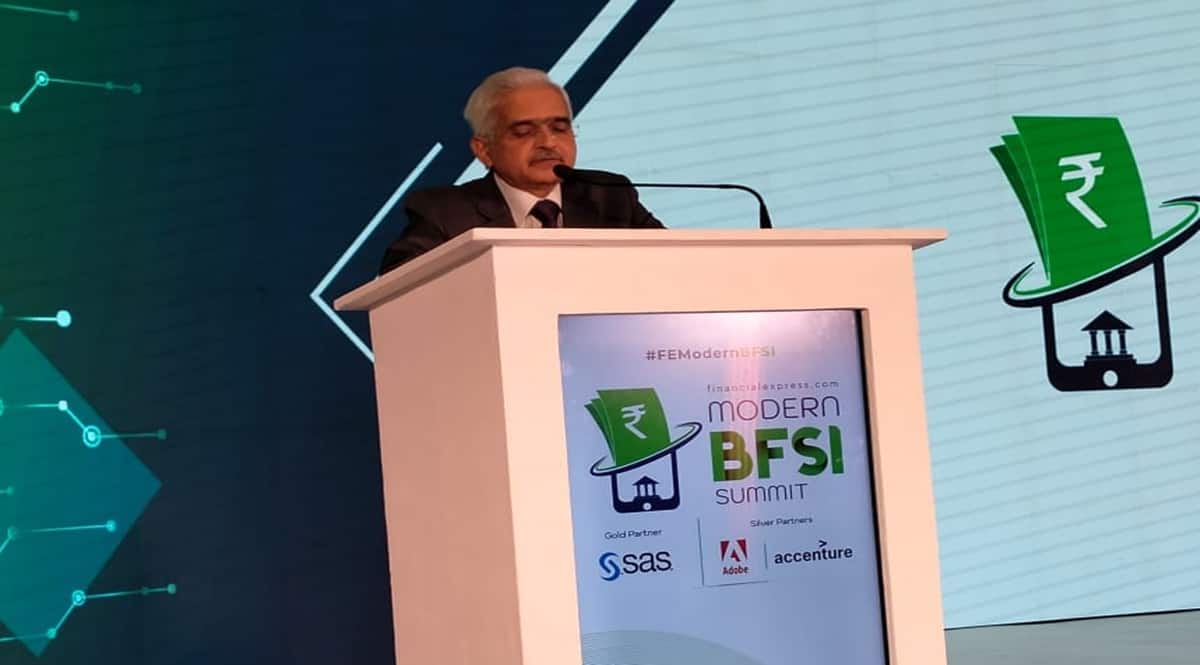 In a spirited rebuttal of the charge that the Reserve Bank of India (RBI) was too slow to act against inflation, governor Shaktikanta Das on Friday said that any move to prematurely tighten monetary policy would have been disastrous for economic growth.

“During the time of Covid, the monetary policy committee consciously decided to tolerate an inflation that was higher than 4%, up to 6% because the situation required that. If we had been very firm in maintaining 4% and kept the rates unduly high, I’m sorry, the consequences of that approach would have been disastrous for the economy,” Das said at financialexpress.com’s Modern BFSI Summit.

The governor pointed out that the inflation target range of 2-6% has been given to the MPC to deal with extraordinary situations like the one brought on by Covid. The MPC, therefore, decided to use the band and the flexibility available to it around the 4% level to support growth and the panel has been quite open about it.

“If we had attempted to keep our monetary policy tighter at that time the damage that it would have caused to our economy and to our financial markets would have been enormous. It would have taken years for India to come back,” Das said, adding that India is a country of 1.3 billion people which must give priority to growth.

The governor observed that the law states that the course of monetary policy is not the MPC’s unilateral decision. The provision in the RBI Act says that it shall maintain price stability defined in terms of 4+/-2% while keeping in mind the objectives of growth, he added.

“I would not agree with any perception that the RBI has fallen behind the curve. If we had started increasing the rates early, what would have happened to growth? This is all hindsight knowledge,” Das said, adding that acting early would not have prevented the spike in inflation caused by the Russia-Ukraine war.
In August 2021, the MPC stopped describing inflation as “transitory” because it was then seen to be turning persistent. Thereafter, the RBI focused on liquidity withdrawal while watching the country’s growth trajectory.

“Our focus was to ensure that the economy reaches a stage where we can pull out the support in terms of liquidity and in terms of lower interest rates which we had given to deal with the fallout of the pandemic. We wanted growth to reach a particular level where we could be comfortable that it was stable,” Das said.

The MPC took a conscious call to tolerate high inflation till the end of FY22, in order to observe the outcome of monetary easing by the end of March 2022. By the end of March, the RBI concluded that activity and gross domestic product (GDP) had exceeded the 2019-20 pre-pandemic level. That is when it decided to focus more on inflation and introduced the standing deposit facility (SDF) in the April policy at a higher rate than the reverse repo while switching to inflation as a priority over growth.