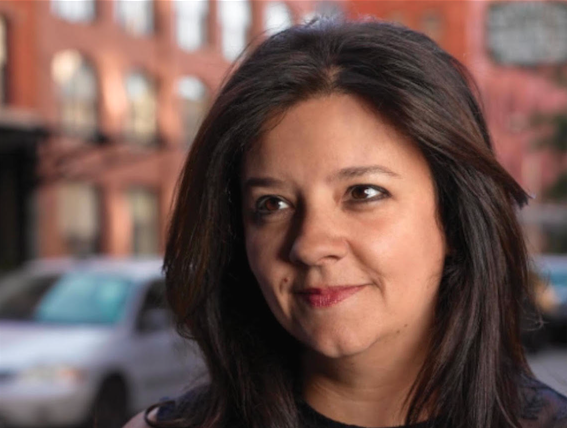 Stephanie Laing is keeping busy. Deadline has just revealed that she is lined up to direct a TV adaptation of Claire Vaye Watkins’ 2021 novel “I Love You But I’ve Chosen Darkness” following the recent announcement that she has also been tapped to direct and exec produce an untitled NBC drama pilot based on Dutch series “A’dam.”

As the source details, Watkins’ book — her third work of fiction — was named Best Book of the Year by Vogue, Entertainment Weekly, Esquire, Kirkus, and NPR. Vanity Fair described it as “a beguiling, biting exploration of motherhood (and personhood) that weaves in rich biographical details and is set in the desert heat of her California and Nevada hometowns.”

Tomorrow Studios — whom Laing already works with on the Apple TV+ Rose Byrne-starring series “Physical” — will develop the project, with “Made For Love” co-creator Alissa Nutting on board to pen it.

“We love working with Stephanie on ‘Physical’ because of her incredible talent for showcasing complex stories of female empowerment in a way that resonates with a global audience. We’re excited to work with her and prolific writer Alissa to bring Claire’s powerful work to television, and we are proud to have a strong team of women spearheading this incredible project,” said Tomorrow Studios’ Marty Adelstein and Becky Clements, who along with Laing, Nutting, and Watkins will both exec produce.

Laing is an EP on “Physical,” a dark comedy about a woman who is determined to build a fitness empire. She’s helmed many episodes of the series, which is now in its second season. A two-time Emmy winner fowr her work on “Veep,” Laing is directing on “Mammals,” an upcoming Prime Video dramedy about the challenges of marriage.