Let’s celebrate and support the LGBTQIA+ community beyond Pride Month 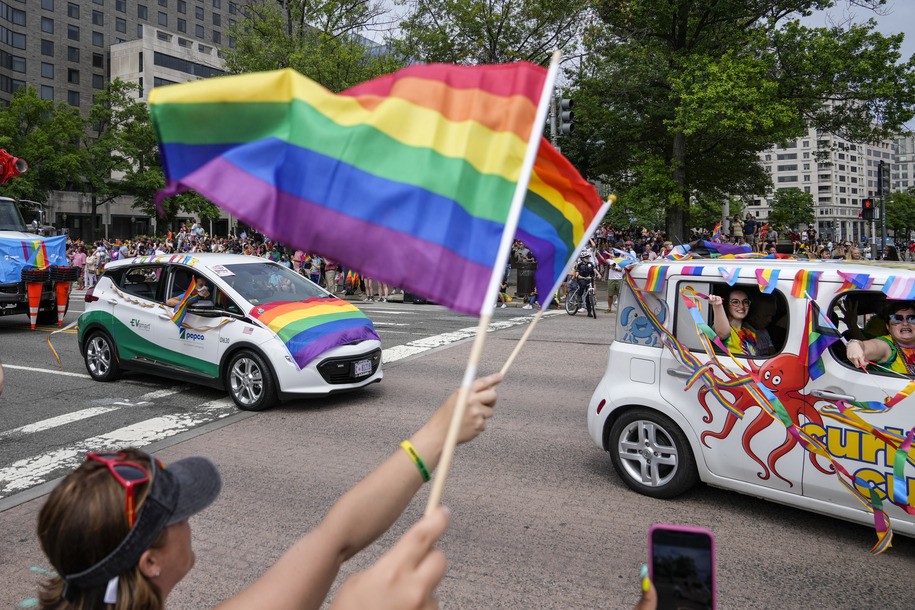 “The number and variety of Pride events throughout the country and the world reflect the diversity of the LGBTQ community both in the United States and abroad,” the Gay & Lesbian Alliance Against Defamation (GLAAD) said on their website.

Pride Month got its name from Brenda Howard, a bisexual New York activist nicknamed the “Mother of Pride.” Howard organized the first Pride parade to commemorate the one-year anniversary of the Stonewall uprising.

Brenda Howard(1946-2005), who organized the first ever pride parade to honor the one year anniversary of the Stonewall Riots. People gave her the name, “Mother of Pride” ❤️
–
◽️Any question please let us know
◽️Our Website https://t.co/S1x3ZRGrgc
– pic.twitter.com/naP20c5lMS

While celebrated for years prior, Pride Month was officially declared June in 1999 by then-President Bill Clinton. Clinton said the month would be a time to not only recognize the community’s achievements but a month of celebration and support.

“America’s diversity is our greatest strength. But, while we have come a long way on our journey toward tolerance, understanding, and mutual respect, we still have a long way,” Clinton’s proclamation said.

“I encourage Americans to observe this month with appropriate programs, ceremonies, and activities that celebrate our diversity, and to remember throughout the year the gay and lesbian Americans whose many and varied contributions have enriched our national life.”

But while June officially became Pride Month in 1999, the rainbow flag has been a symbol for Pride Month and LGBTQIA+ rights since 1978. The flag was made by artist and designer Gilbert Baker, who was commissioned by San Francisco City Supervisor Harvey Milk. Milk was one of the first openly gay elected officials in the country.

According to NBC News, Baker used the rainbow because it represented all the genders and races. As a result, the rainbow flag stood for “the rainbow of humanity.” Each of the six colors of the rainbow flag represents a different aspect of not only the LGBTQIA+ movement, but of life, Baker said.

While Pride Month is known for parades and festivals across the country where people enjoy and celebrate who they are, it is important to remember the history behind Pride and the struggles the LGBTQIA+ community has faced and continues to face.

Crimes against the LGBTQIA+ community have been increasing at a rapid rate. FBI hate crimes reports show increases in anti-LGBTQ attacks. Because reporting to the FBI is not mandatory, in reality the statistics are expected to be even higher. Between 2018 to 2019 alone, the number of law enforcement agencies reporting hate crimes data decreased by 451.

To learn more about Pride Month and find additional ways to get involved, here are some resources:

Pride Month provides validation to folks who may not find such support in their everyday lives, as well as a moment to celebrate real, tangible gains. Join Daily Kos in celebrating Pride Month and learning more about how we can help support the LGBTQIA+ community. Stopping hate starts with us.