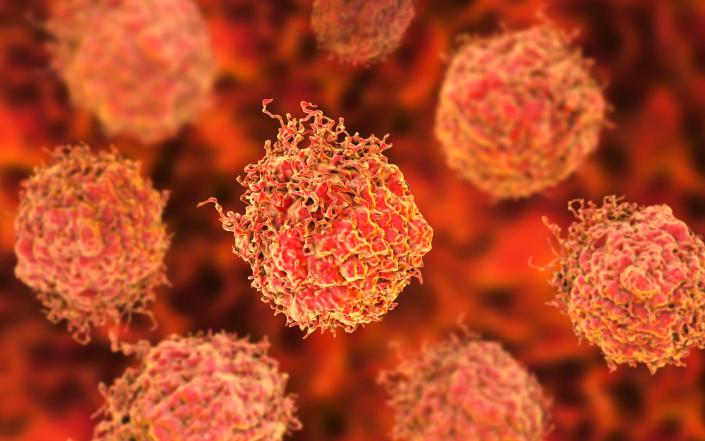 Prostate cancer patients can be saved from undergoing chemotherapy after new research found a way to “treat smarter, not harder”.

Scientists at University College London (UCL) discovered chemotherapy is significantly more effective for some men with advanced prostate cancer than others.

The treatment is usually offered to all men diagnosed with advanced prostate cancer, alongside hormone therapy.

Around 47,500 men are diagnosed with the cancer each year, with 6,000 cases classed as advanced.

But the new research, presented at the American Society of Clinical Oncology’s Annual Conference in Chicago this month, found some men with advanced stage prostate cancer don’t benefit from chemotherapy at all.

Those who had a large number of metastases – secondary tumours – when they were diagnosed, and those who had larger tumours, experienced greater benefits from chemotherapy than those on hormone therapy alone.

After five years, 38 per cent of men who had a large number of metastases who received docetaxel – the most common form of chemotherapy for prostate cancer – were alive compared with 26 per cent who had hormone therapy alone.

Among those who had larger tumours, 58 per cent survived for five years, compared to 19 per cent on hormone therapy alone – a 39 per cent increase.

But men with fewer metastases whose tumours had been diagnosed at an earlier stage did not benefit from chemotherapy at all.

During the pandemic, docetaxel was prescribed less frequently in favour of newer hormone therapies, due to the potential impact of chemotherapy on the immune system.

Data from the National Prostate Cancer Audit show a 74 per cent reduction in the number of men with hormone-sensitive metastatic cancer receiving docetaxel between April and December 2020.

This research will help doctors to target chemotherapy at those who will experience the most benefits, while others could be offered alternative, life-extending, treatments allowing them to avoid the negative side effects.

Dr Claire Vale, study author and Principal Research Fellow at the Medical Research Council Clinical Trials Unit, University College London, said: “It’s extremely rare to find such clear links between the characteristics of the patient and how effective their treatment is going to be. In this case, the evidence is clear, and we want to make sure it’s incorporated into clinical practice as soon as possible.”

Dr Hayley Luxton, Research Impact Manager at Prostate Cancer UK, said: “This is really exciting because it shows exactly how we can ‘treat smarter, not harder’ and get the most from existing prostate cancer treatments. “