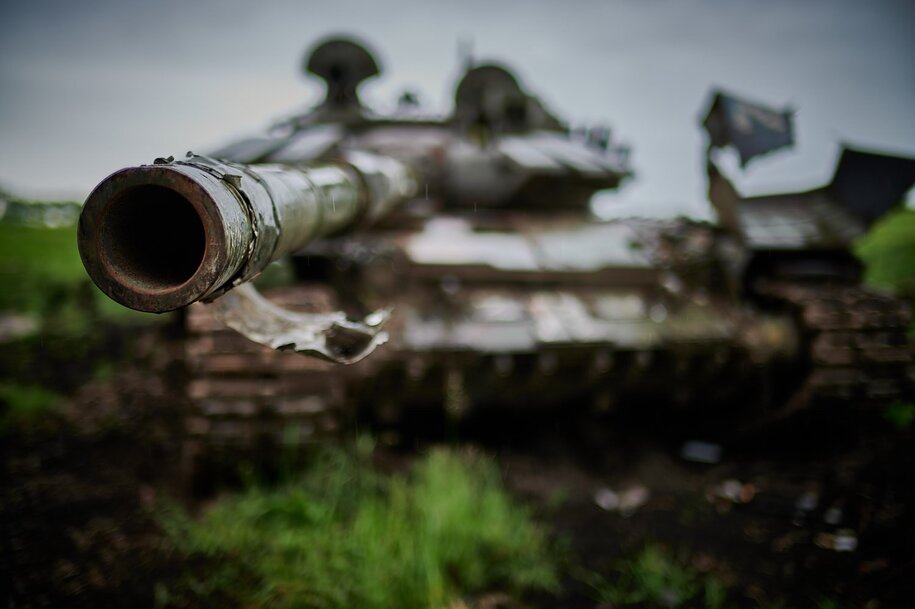 All week, I’ve been skeptical of Ukraine’s casualty numbers. Other analysts are starting to arrive at the same conclusion.

Will tweet more about this later, but think the media was snookered a bit by Ukrainian briefings about the situation, which were tailored to try and create greater impetus for NATO governments to send more weapons. They mignt have made it sound like the Russians were doing:…

You can find more of my arguments in my recent writings, but in short, casualty numbers have varied all over the place depending on who is talking. Several weeks ago, Ukrainian President Volodymr Zelenskyy said 50-100 Ukrainian dead per week, then a week later someone else said it was 100-200, and then this week it was 200-300. Now this:

“We lost about 50%. This is about 1,300 infantry fighting vehicles, 400 tanks, 700 artillery systems, “said Deputy Defense Minister Vladimir Karpenko in an interview with National Defense.

Meanwhile, on the ground, NASA FIRMS fire imagery shows heavier artillery fires inside Russian-held territory, Russia’s advances grind to a crawl, and Ukraine is gaining territory around Kharkiv and Kherson.

For example, Russia took Popasna over four weeks ago. Time flies, huh? In that time, as they push out in 14 different directions (see my last update), the most Russian forces have managed to extend in any direction is 15 kilometers (10 miles). They’re averaging about half a kilometer a day. 500 meters. Given that Ukraine still holds around 5,000 square miles of territory in the Donbas, someone else can do the math on how long it might take to conquer it all. No one should bother, it ain’t happening.

If Russia really had a 10-1 advantage in artillery (British intelligence said 20-1 yesterday!), things would look seriously different, no matter how many shells the invaders waste on civilian infrastructure. No doubt Ukraine has suffered severe losses. But I read that tweet above and my brain sees it as “Please send more stuff!” For context, the Oryx list of visually confirmed Russian losses is currently 781 Russian tanks, 1,402 armored infantry vehicles, and 204 artillery systems (which are destroyed behind enemy lines, so hard to document until territory is liberated).

Ukraine has clearly decided that pleading poverty is the best way to jump-start flagging European support. And maybe it worked, given the visit this week of the heads of state of France, Germany, and Italy. But Ukraine looks better when playing to its strengths—its resilience, its refusal to bend or give up territory easily, the bravery of its soldiers and strength of its civilians. They are Europe’s (and Central Asia’s) bulwark from Russian aggression. And if we want some realpolitik, they are fighting the war NATO was designed to fight, but without having to do any of the dying.

Meanwhile, apparently it was “pat Markos on the back” day on Twitter:

This is a superb, realistic explanation of the challenge of moving Western aid into/across Ukraine. I recommend that we provide commercial transport and expertise.

Ukraine Update: Not enough? Here’s the challenge of moving even four HIMARS https://t.co/tlvYcVkIAt

Ben Hodges is a former commanding General of all US forces in Europe. And so was Mark Hertling.

One of the best articles I’ve seen on supplying Ukraine with the arms they need AND understanding the associated logistics challenges. Please read before tweeting “they need more.” Tweets don’t make it so. https://t.co/sLKCm7pf1e

I am deeply triggered by people whining about the pace and quantity of equipment sent. These logistical challenges aren’t insurmountable, but they’re serious and take time to work out. Looks like I’m not the only one.

Take the American Brigade Combat Team (BCT), the basic deployable combat unit for the U.S. (It used to be the much larger divisions until 2013.) Unlike a Russian Battalion  Tactical Group (BTG), which is 10 tanks, 40 infantry fighting vehicles (IFV), and around 600-800 soldiers, the BCT is much larger. The exact composition of a BCT depends on the specific type of unit (armored, light infantry, mechanized infantry, etc), but an armored BCT is around 4,400 soldiers, 87 tanks, 152 IFVs, 18 artillery guns, and 45 M113s armored troop carriers for various support roles.

That’s fuel, parts, food, etc. That’s the cost of logistics. People looked at the latest U.S. aid package and its billion dollar price tag, and had all sorts of comments about how little it seemed to deliver. Some Harpoon anti-ship missiles (already in action) and 18 M777 artillery guns. Yet one of the bullet points for that aid package was “and parts.” Ukrainian brigades won’t be as expensive as American ones for one major reason—they don’t need to move jet fuel for their tanks, like American ones need (the biggest reason Ukraine won’t be getting American tanks). But it’s still incredibly expensive and logistically complex to move an army.

In fact, this is the likely reason Ukraine is getting older M113s armored personnel carriers, cost per mile $58, instead of more modern Bradley M2 infantry fighting vehicles, $162 per mile. And don’t think it’s just about tripling the cost of operation, that it’s about money. A big part of that cost is fuel, and every extra gallon of fuel needed to move a vehicle requires that many more tankers ferrying that fuel to the front lines. And if there’s one thing Russia has done correctly this war, it’s target Ukrainian fuel depots.

On the diplomatic front, Russia is hosting an international “economic forum” in St. Petersburg to pretend everything is business as usual (literally). Problem is, not many nations showed up, with only the likes of the Taliban and Kazakhstan making appearances. The latter made for a particularly awkward moment, as two dictators, Vladimir Putin and Kazakh strongman Kassym-Jomart Tokayev took shots at each other while sitting on stage together.

And in another exchange Putin next to Tokayev said that territories of the former Soviet Union historically belong to Russia. Where is the NATO pushed Putin to war and the appeasement crowd? Russia has never hidden their true intentions but people here manage to spin it

Oof, way to tell the guy next to you, from a former Soviet republic, that Russia isn’t happy with the current arrangement. Putin has made it overtly clear that Ukraine is just the beginning, not the end goal. But don’t worry, no one fears Russia anymore, and Tokayev got his punches in later:

He said “If any nation that wanted freedom got it, it would be like 500 countries – total chaos. And we will apply that principle to quasi-states, which, in our view, Luhansk ans Donetsk are”. pic.twitter.com/z69YD9c2eR

Kazakhstan is a member of the Commonwealth of Independent States (CIS), a NATO-style alliance among Russia and several of its former Central Asian Republics: Armenia, Azerbaijan, Belarus, Kazakhstan, Kyrgyzstan, Moldova, Tajikistan, and Uzbekistan (Turkmenistan and Mongolia are “observers”). These countries haven’t just ignored Putin’s demands for military assistance, only Belarus voted with Russia when the United Nations rebuked Russia’s invasion in early March.

Now, half these countries are firing on the each other, so it’s not exactly a harmonious “alliance,” and Russia plays favorites, like backing Armenia against Turkey-backed Azerbaijan, both locked in a bloody border dispute. Now, a CIS country is actively arming Ukraine.

#Ukraine: The list of countries whose weapons were spotted in Ukraine continue expanding – an Azerbaijani 🇦🇿 20N5 82mm mortar was spotted in use by the Ukrainian army in #Zaporizhzhia Oblast. Previously Azerbaijan didn’t announce any military aid to Ukraine. pic.twitter.com/P1ibeHUNQn

The list of nation’s still friendly with Russia continues to shrink.