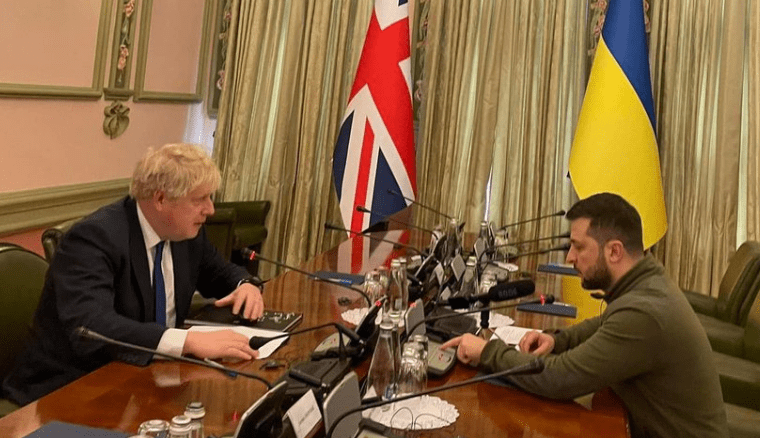 UK Prime Minister Boris Johnson has joined Ukraine’s culture minister in affirming that the beleaguered eastern European country should have the opportunity to host next year’s Eurovision Song Contest, saying “they won it fair and square.”

The European Broadcasting Union (EBU) announced on Friday that, despite the tradition of this year’s winners hosting next year’s event, the situation in Ukraine meant they would be unable to provide the necessary infrastructure and accordingly they were in talks with the BBC in the UK, this year’s runner-up.

Ukraine’s culture minister Oleksandr Tkachenko voiced his discontent at this decision, saying: “We will be demanding to change the decision. Hosting Eurovision 2023 in Ukraine is a powerful signal to all the world, which is supporting Ukraine now.

“We will demand to chance this decision, because we believe that we will be able to fulfil all the commitments, as we have repeatedly emphasised it to the European Broadcasting Union.

“That is why we demand additional negotiations on hosting Eurovision – 2023 in Ukraine.”

It seems Johnson agrees with these sentiments, telling journalists on Saturday:

“The Ukrainians won it fair and square, even though we had a brilliant entry, and they should be given the chance to host it.

“It’s a year away. It’s going to be fine by the time the Eurovision Song Contest comes around and I hope they get it.”

Johnson was speaking at RAF Brize Norton after returning from a trip to meet President Zelensky in Kyiv, where he said the streets were lively and citizens “confident.”

Ukraine’s entry Kalush Orchestra won the competition last month in Turin, with an impressive 631 points, and subsequently auctioned their winning trophy to raise money for the Ukrainian army.

The UK’s entry Sam Ryder came second, bringing the UK its best result at the Contest in decades.

Following the EBU’s decision to talk to the BBC about holding the event in the UK – this year’s runner-up – four cities so far have expressed themselves willing to play host. They are Glasgow, Manchester, Leeds and Liverpool.

OMG, This TikToker’s Defense For Flashing Her Breasts To Little Boys Is WILD!