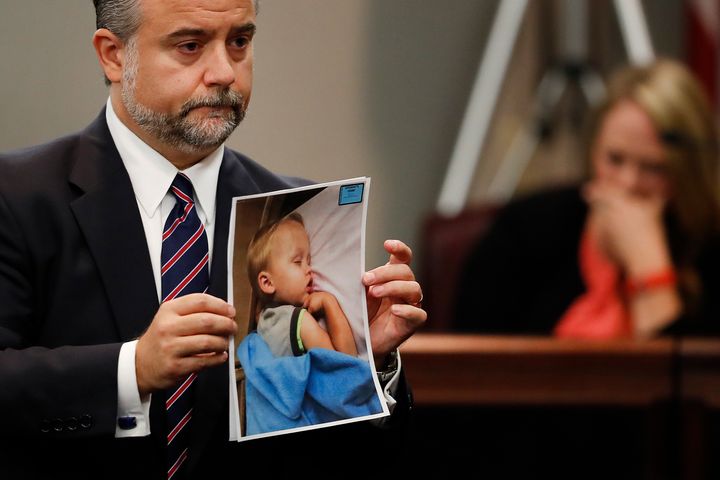 A Georgia man sentenced to life in prison for leaving his toddler inside a hot car to die back in 2014 has had his murder conviction overturned by his state’s supreme court.

The Georgia Supreme Court, in an opinion released Wednesday, said that evidence that Justin Ross Harris intentionally and maliciously left his 22-month-old son Cooper in his car to die “was far from overwhelming” and that the jury was instead likely swayed in their conviction by extensive evidence presented about Harris’ extramarital affairs.

“This evidence did little if anything to answer the key question of [Harris’] intent when he walked away from Cooper,” wrote Chief Justice David Nahmias of Harris’ documented communications with six women on the day his son died.

Nahmias said this evidence “was likely to lead the jurors to conclude that [Harris] was the kind of man who would engage in other morally repulsive conduct (like leaving his child to die painfully in a hot car) and who deserved punishment, even if the jurors were not convinced beyond a reasonable doubt that he purposefully killed Cooper.”

Harris was found guilty of felony murder and counts of first- and second-degree cruelty to a child. He was also convicted of criminal attempt to commit sexual exploitation of a child because of explicit texts he sent to a teenage girl. For those sex crimes, Nahmias said Harris was “obviously guilty.”

The Cobb County District Attorney’s office said in a statement that it plans to file a motion for reconsideration in Harris’ case.

The then-married father had insisted that he only mistakenly forgot to drop his son off at daycare before heading to work on the morning of June 18, 2014. Cooper sat restrained in his carseat inside of Harris’ vehicle for nearly seven hours as temperatures topped 100 degrees inside. He ultimately died of hyperthermia, the court heard.

Witnesses and police testified during the trial that Harris showed either little reaction when he found his son dead inside his car or that he reacted hysterically as if it were staged, though these individuals also testified that they didn’t know him or how he reacted to trauma.

Prosecutors also told of how Harris was dissatisfied with his marriage and that he only remained married to his wife because of his son. They said he was motivated to kill his child so he could divorce and pursue other sexual relationships.

The judge argued that there was minimal evidence to support this motive.

“We do not know whether [Harris] planned and executed the horrific murder of his 22-month-old son by leaving him to suffer and slowly die in a hot vehicle, or rather if [Harris] made a tragic, fatal mistake by forgetting that the child whom by almost all accounts he loved and cherished was in the back seat,” Nahmias said.

A defense attorney for Harris during his trial did not immediately respond to HuffPost’s request for comment Wednesday.