The UAE Promotes & Measures To Preserve The Environment 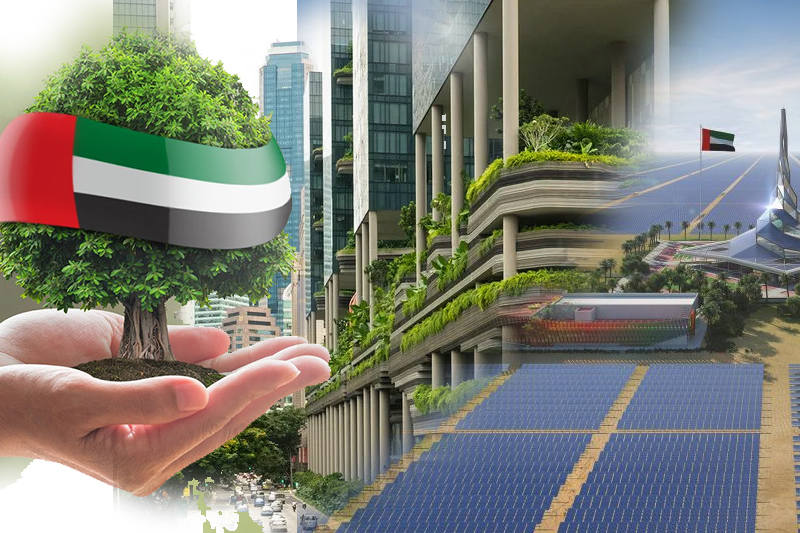 The UAE also had lots of environmental challenges like other countries. But it has surprised the world with its measures & initiatives to preserve the environment.

The UAE is a leading example for its dedication to addressing climate change and environmental conservation. Here we’re listing all the measures, initiatives & strategies applied by the government of UAE to preserve the environment.

UAE has made significant efforts in recent years to advance sustainability in the nation in accordance with the UAE Green Agenda 2015–2030, the Paris Agreement, and the UN Sustainable Development Goals (“SDGs”), as well as the UAE Vision 2021 and Dubai 2040 Urban Master Plan.

The UAE government has been a regional leader in climate action over the past 10 years. The UAE government views climate change as a major problem and has expanded its efforts through global engagement and domestic policies.

What Are The Best Ways To Preserve The Climate Or Environment In UAE?

However controlling the whole climate & environment is such a challenging task. It becomes more difficult if we have to follow this along with the massive level of country developments.

But the UAE is already doing this very well. Here are the 5 best ways to preserve the climate or environment in the UAE.

Environmental Diversity In The UAE

The UAE has paid significant and early attention to biodiversity (preservation and development of wildlife), which is reflected in the enormous efforts made by the nation and its significant accomplishments in this area, including legislation enactment and monitoring its implementation, the establishment and expansion of protected areas, and the protection, breeding, and reintroduction of facing extinction species into their natural habitats.

The Ministry of Climate Change and Environment continues to work, in partnership with its partners, to reinforce endeavors in this context through the implementation of a diverse variety of plans and initiatives within the context of national Biodiversity Strategy, the National Strategy to Combat Desertification, and the Strategy for Sustainability of the Marine & Coastal Environment, among many others.

7 Best Measures & Initiatives of The UAE To Preserve The Environment

As per the Mariam bint Mohammed Almheiri, Minister of Climate Change and the Environment, the official statement by President His Highness Sheikh Mohamed bin Zayed Al Nahyan of initiatives to invest a supplemental $50 billion (fifty billion dollars) to grow exponentially climate action through the deployment of clean energy solutions at home and abroad is yet another milestone in the UAE’s nearly three-decade-long history.

The declaration was made on June 17 while the UAE President was attending the Leaders Meeting of the Major Economies Forum on Energy and Climate.

Here are the 5 primary measures taken by the UAE government to preserve the environment.

A) Sea Dumping And Pollution

Due to the hundreds of tankers active in the industry, the UAE has passed legislation prohibiting the disposal of garbage and oil waste into the water.

B) Reducing The Use Of Plastic

An initiative to lessen the usage of single-use plastic in Abu Dhabi and lessen its negative impacts was announced by the Environment Agency – Abu Dhabi (EAD).

The UAE is dedicated to preserving and protecting the state’s vast biodiversity and averting the extinction of endangered species.

The nation has put a lot of effort into protecting sea turtles, mangrove habitats, and Sir Bani Yas Nature Reserve.

To guarantee a sustainable environment for life, the UAE has established a corpus of legislation.

To protect the environment, it has passed a number of laws. The nation wants to manage its natural resources sustainably and effectively.

In the United Arab Emirates, curriculum development has recently made environmental education one of the key components.

As a result, efforts have been made to include environmental information into textbooks and school curriculum.

The UAE is making great efforts to reduce its carbon footprint and was the first Middle Eastern nation to set a net-zero goal last year. To become carbon neutral by 2050, the UAE plans to invest $160 billion in clean and renewable energy sources over the next 30 years.

As per the Standard Chartered analysis, household spending in the UAE may increase by about Dh2 trillion compared to self-funding if it receives the finance it needs to reach net zero.

The UAE ranked first globally for having the largest ecological footprint, according to the World Wildlife Fund’s (WWF) 2010 Living Planet Report.

The ecological footprint, often known as the “global hectare, (gha)” is a measurement of a nation’s sustainability that contrasts the use of natural resources per person per capita.

5. Initiatives To Protect The Marine Environment

In response to rising ocean pollution, the UAE is adopting a number of steps to protect its maritime environment.

The Global Initiative for Marine Sustainability has begun a comprehensive awareness campaign, according to The Global Mission, a non-profit organization with offices in Abu Dhabi.

The UAE’s efforts to lessen the effects of climate change, adapt to it, and protect the ecosystems of the nation.

The representatives emphasized the UAE’s pledge to plant 100 million mangroves by 2030 as part of its initiatives to increase the area covered by mangroves.

Abu Dhabi has outlawed the use of plastic bags, and as of July 1st, Dubai will start charging 25 fils ($0.06) for each single-use bag.

According to Dubai, a 57 micrometer-thick charge will be applied to all single-use bags made of plastic, paper, biodegradable plastic, as well as plant-based biodegradable materials.

They have launched a number of alternatives to plastic bags, including paper bags, mesh bags, canvas totes, key-ring totes, and reusable plastic bags.

The Honorable Dr. Ali Al Jassim, chairman of the Emirates Green Building Council, stated that the UAE astonishes the entire globe with its measures and strategies, declaring that state establishments have proactive initiatives that care about the environment.

The UAE will organize the United Nations Conference on Climate Change (COP28), which will be held in Abu Dhabi in 2023.