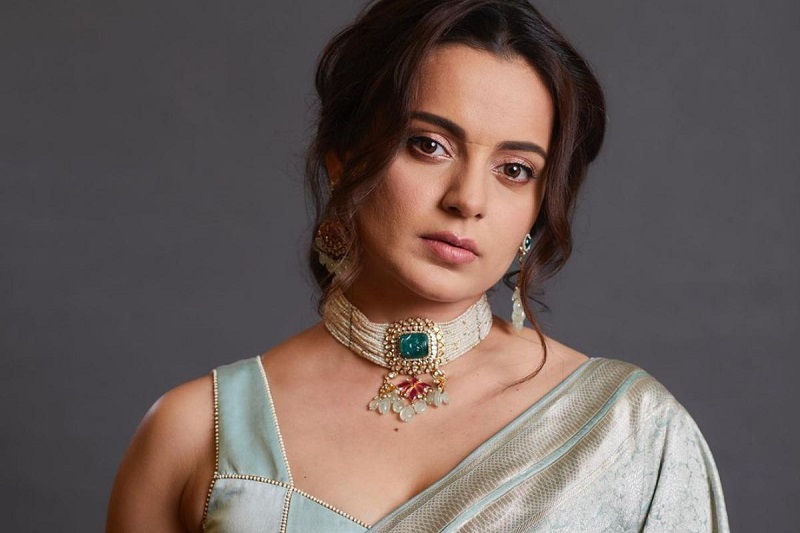 The chair of Maharashtra Chief Minister Uddhav Thackeray is in danger. CM Thackeray is in trouble after Shiv Sena MLA and minister Eknath Shinde adopted a rebellious stand.
Amidst the political crisis in Maharashtra, the statements of Navneet Rana, MP from Amravati and Bollywood actress Kangana Ranaut are in the headlines all over India.

Navneet Rana Challenged Uddhav Thackeray
Shiv Sena chief Uddhav Thackeray is running the government in Maharashtra along with NCP and Congress.
He had to face opposition many times. Many faces stood before him on different issues. Two women gave a direct challenge to Uddhav.
Both these women opposed the Chief Minister and the Thackeray government. They gave statements against the CM and would also bear the brunt of it.

Both these women had said such things about the Thackeray government, which are being remembered after seeing the current political crisis.
Uddhav Thackeray’s government is in danger and discussions are being held whether their words are going to come true.

After this announcement, Navneet Rana came under the target of Shiv Sena. Their protest started from Mumbai to Amravati.
After the dispute escalated, a case was registered against the Rana couple. He was later arrested and the court sent him to judicial custody. The Rana couple remained in jail for 13 days.

Navneet Rana had challenged CM Thackeray to go among the people and win the election by winning.
“I will stand in front of you and show you my winning. You have to show who can choose and come in front of a woman’s strength, honesty.”

The Hindutva image of Shiv Sena was affected by the Hanuman Chalisa controversy and the Thackeray government is in trouble at this time.

Kangana Ranaut’s Viral Statement
Amidst the political crisis in Maharashtra, the statement of actress Kangana Ranaut is also going viral. Kangana had attacked the Thackeray government in the case of Sushant Singh Rajput’s death.
Meanwhile, BMC took action at Kangana’s house, they damaged her complete house with false accusations.
Then Kangana challenged Uddhav Thackeray. On the action of BMC, Kangana had said,
“Uddhav Thackeray, this terror is good, it happened to me. Jai Hind, Jai Maharashtra!
Today my house is broken, tomorrow your pride will be broken, this is the wheel of time, remembering is not always the same.”