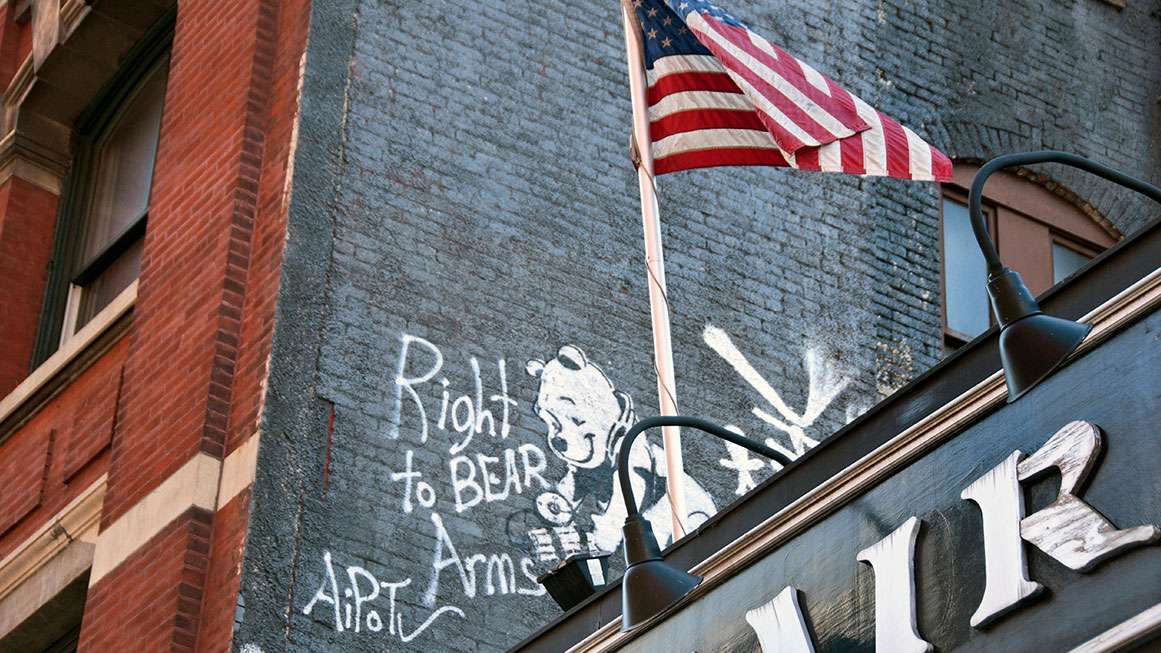 The horrifying May 24 massacre at an elementary school in Uvalde, Texas, which killed 19 children and two adults, happened just 10 days after a gunman murdered 10 people at a supermarket in Buffalo, New York. Both crimes predictably prompted politicians to reiterate their demands for the gun control laws they already supported, even though the policies they pushed are fundamentally ill-suited to prevent mass shootings.

“In New York,” former Gov. Andrew Cuomo bragged after the Buffalo attack, “we passed the best [gun control] laws in the nation.” Although those laws manifestly did not deter the Buffalo shooter, Cuomo thinks the answer is more of the same.

Cuomo mentioned a federal “assault weapon” ban, and other politicians responded to the Buffalo massacre by recommending expanded background checks for gun buyers. After the Uvalde shooting, President Joe Biden repeated his longstanding support for banning “assault weapons,” and Senate Democrats mulled an “accountability vote” on a bill that would expand the federal background-check requirement to cover private transactions as well as sales by federally licensed dealers.

Senate Majority Leader Chuck Schumer (D–N.Y.) suggested that callous indifference was the only plausible explanation for opposition to his gun control agenda. “Republicans don’t pretend that they support sensible gun safety legislation,” he told reporters. “They don’t pretend that they want to keep guns out of the hands of those who might use weapons to shoot concertgoers or movie watchers or worshippers or shoppers or children.”

In Texas, Beto O’Rourke, the Democratic nominee for governor, heckled Gov. Greg Abbott during a press conference about the Uvalde attack. “The time to stop the next shooting is right now,” O’Rourke told Abbott, “and you are doing nothing.”

While the urge to do something after an appalling mass murder is understandable, that does not mean anything will do. “It’s one thing to say that, regardless of the facts, you should just do something,” Sen. Mike Rounds (R–S.D.) observed. “The question is whether something you would do would actually make a difference.” On that score, Democrats’ knee-jerk policy prescriptions seem decidedly unpromising.

As a response to the Uvalde massacre, expanding background checks was a non sequitur. The shooter, who was also killed during the attack, legally bought the Daniel Defense DDM4 V7 rifle he used from a federally licensed dealer, which means he did not have a disqualifying criminal or psychiatric record. That was also true of the man charged in the Buffalo case, and it is typically true of mass shooters. According to a 2022 National Institute of Justice (NIJ) report on mass public shootings from 1966 through 2019, 77 percent of the perpetrators purchased guns legally, while just 13 percent obtained them through illegal transactions.

Even for the small minority of mass shooters who have disqualifying records, an expanded federal background-check requirement would not pose much of an obstacle. Data from states with similar rules, which in practice require that all firearm sales be completed via licensed dealers, indicate that gun owners generally do not comply with that edict. “Universal background checks” are universal only in theory.

Bans on so-called assault weapons likewise cannot reasonably be expected to have a meaningful impact on mass shootings. Such laws define the category based on functionally unimportant characteristics.

The NIJ study found that 77 percent of mass public shooters used handguns. A quarter of the perpetrators used what the NIJ described as “assault rifles,” meaning they had features targeted by the legislation that Biden favors, such as a pistol grip, a folding stock, a threaded barrel, or a barrel shroud.

A gun without those characteristics, such as the “featureless” rifles that remain legal in states that have banned “assault weapons,” still fires the same ammunition at the same rate with the same muzzle velocity. The proposed federal ban explicitly exempts the Ruger Mini-14 and the Iver Johnson M1 carbine, for example, as long as they do not have prohibited features such as pistol grips or folding stocks.

According to the online manifesto that police attributed to the Buffalo shooter, the Bushmaster XM-15 rifle he used did not qualify as an “assault weapon” when he bought it, because it had been fitted with a fixed magazine. He easily reversed that modification so the gun could accept detachable magazines, and he reportedly used magazines that exceeded New York’s 10-round limit. Although that change had practical implications, other workarounds, such as replacing an adjustable stock with a fixed stock or a pistol grip with a Thordsen grip or a spur grip, allow New Yorkers to legally buy and own AR-15-style rifles like the Bushmaster XM-15 that are functionally identical to prohibited models.

The rifle that the Uvalde shooter used would qualify as an “assault weapon” in New York. But even if Texas had a similar law, the killer would have had many equally lethal alternatives.

In a 2017 column that The New York Times republished after the Uvalde shooting, Nicholas Kristof endorsed new firearm restrictions, including expanded background checks. But he noted that “the 10-year ban on assault weapons accomplished little, partly because definitions were about cosmetic features like bayonet mounts” and “partly because even before the ban, such guns were used in only 2 percent of crimes.”

A ban on all “semiautomatic firearms” would be flagrantly unconstitutional, prohibiting myriad guns “in common use” for “lawful purposes,” the category that the Supreme Court has said is covered by the Second Amendment. It would ban many rifles that do not qualify as “assault weapons” and nearly all of the most popular handguns, which the Court described as “the quintessential self-defense weapon.”

Opponents of “assault weapon” bans warn that they are part of a broader, more consequential assault on gun rights. The rhetoric of prohibitionists like Collins and McCord suggests that concern is justified.

This article originally appeared in print under the headline “After Uvalde, Irrelevant Gun Control Proposals”.