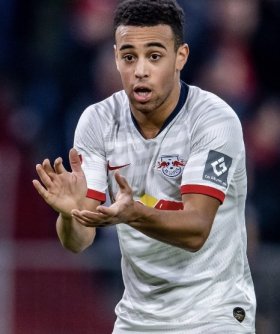 Tyler Adams has emerged as Leeds United’s top summer transfer target, with the United States international midfielder ready to leave RB Leipzig in favour of a move to England. The New York born youngster has been touted as a replacement for Kalvin Phillips, who looks set to leave Elland Road for Man City on a £45 million transfer deal.

Once a move for Phillips has been formally concluded, Leeds United are expected to make a move for Adams. There have been conficting reports regarding the transfer deal for the American, with talk of both a loan move and a 30 million euro transfer move suggested.

Adams has been with Leipzig since 2019, and prior to that the youngster worked his way through the ranks at New York Red Bulls for 9 years.

Leeds will be looking to complete a transfer deal quickly for the prized midfielder, as numerous European sides are looking to add the youngster to their squad. Sevilla and Lyon have both been in contact with Leipzig regarding a potential move.

Adams played in 37 games in all competitions last season.