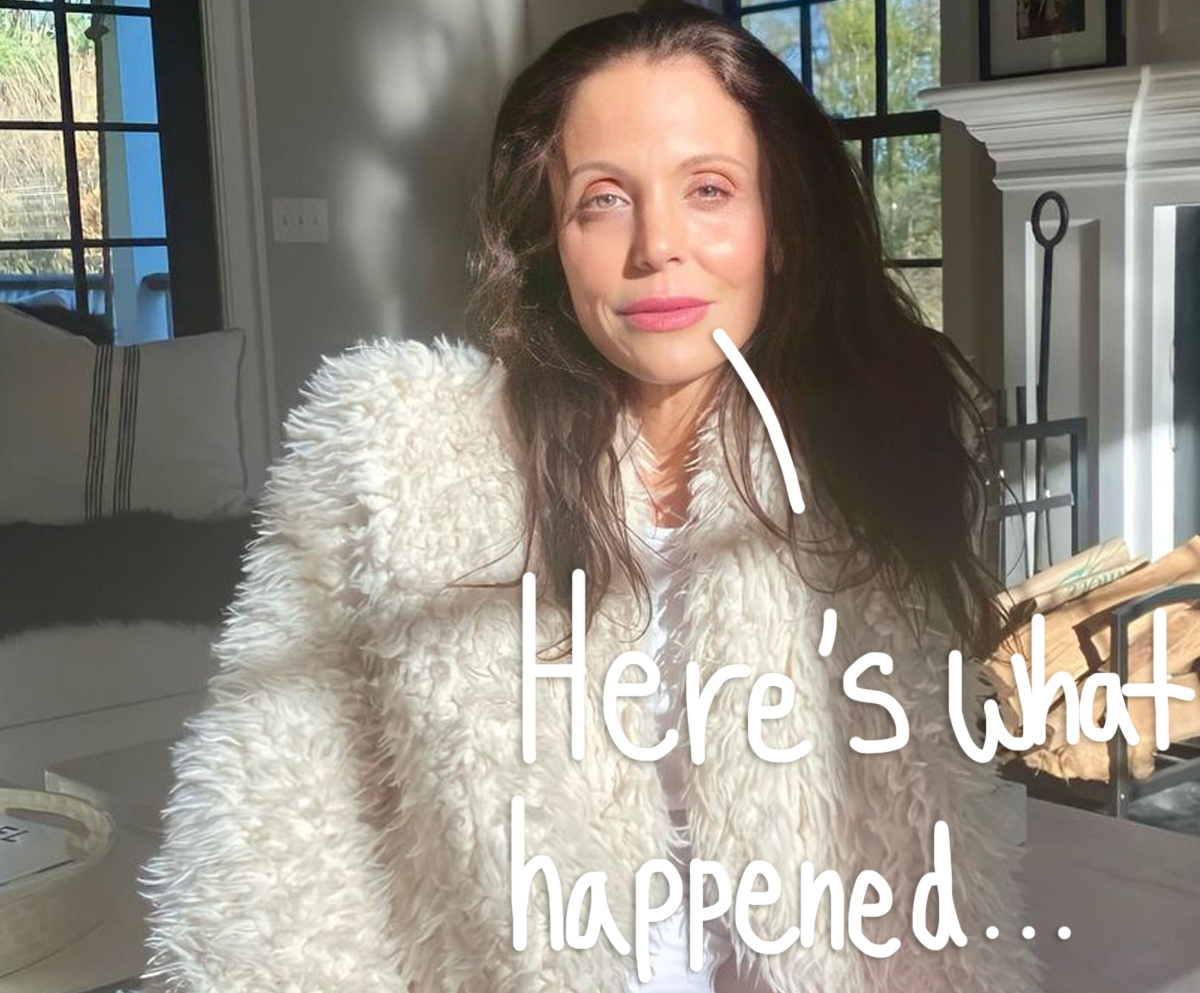 Bethanny Frankel is spilling the tea about what really went down when she decided to exit the Real Housewives franchise for good!

As Bravo fans know, the 51-year-old reality star was a part of The Real Housewives of New York City for a long time, starring in the first three seasons as the main character and returning later in season 7. However, Bethenny ended up leaving the show again after season 11 (to many viewer’s surprise and disappointment). As for why she left? The Skinnygirl founder simply said in a statement at the time that she was ready for the “next chapter,” adding:

“It’s time to move on and focus on my daughter, my philanthropy and my production partnership with Mark Burnett, producing and starring in shows which represent a shift in the conversation for women. With the changes in modern culture, I want to highlight the strength, confidence and unstoppable power that women have. My experience at Bravo has been an incredibly magical ride. I am so grateful to them for highlighting my entrepreneurialism and allowing me to pave the way for many women to achieve their goals. I am excited for my future. The best is yet to come.”

However, many assumed that the real reason she said goodbye to the popular franchise was because of her paycheck. But in a new video posted on TikTok, Bethenny made it crystal clear once and for all that she did not leave “the Housewives because of money,” well, somewhat.  She explained:

“If I stayed, it would have been because of the money. I left because I wanted to leave. I was ready to leave, and I used a technicality deal point as my excuse.”

The momma shared that someone close to her had passed away before she made her decision, saying:

“I had just lost someone very close to me, and I went to work when the show came back. I didn’t want to. Pros play hurt. I’m a professional. I show up on time, I deliver. That’s my reputation in business.”

During that painful period in her life, Bethenny also found out about a “new point” being added to the Housewives stars’ contract that made it so they would not “be paid” if they did not show up for an episode. However, the television personality claimed she was not included in that new deal:

“The production company said that they ‘would never air an episode without you.’ They told me that directly, I have receipts. I already knew that I’m a professional and there would just be no situation where I wouldn’t show up for work.”

But nevertheless, that was the final straw for Bethenny. She continued:

“But sometimes, these little things, if you’re thinking of leaving and you don’t want to be there, you know I’m the type of person where that one thing would give me an excuse. So I said no. And the reason for that term was because Housewives in other cities who weren’t filming, they just decided not to film. That was just my excuse. Then, the powers that be said, ‘We would’ve changed it,’ et cetera. But every little thing matters. And, you know, I don’t bluff. I just was looking for a reason, and that’s a good reason.”

Ultimately, the Bravolebrity claimed the whole situation came down to “a little ‘business is personal’ nugget” at the end of the day:

“I knew that I showed up for work every single day when I experienced a tremendous loss. So, obviously, I’m going to show up for work under any circumstance. There can be no more extreme circumstance and that the little, tiny, minute detail that would have never come to pass, it was the impetus. That was the catalyst that just said, ‘Boom. Not going back.’”

In the end, it sounds like Bethenny just did what was best for her. You can ch-ch-check out the explanation as to why she quit (below):

Reactions to her confession, Perezcious readers? Sound OFF in the comments (below).