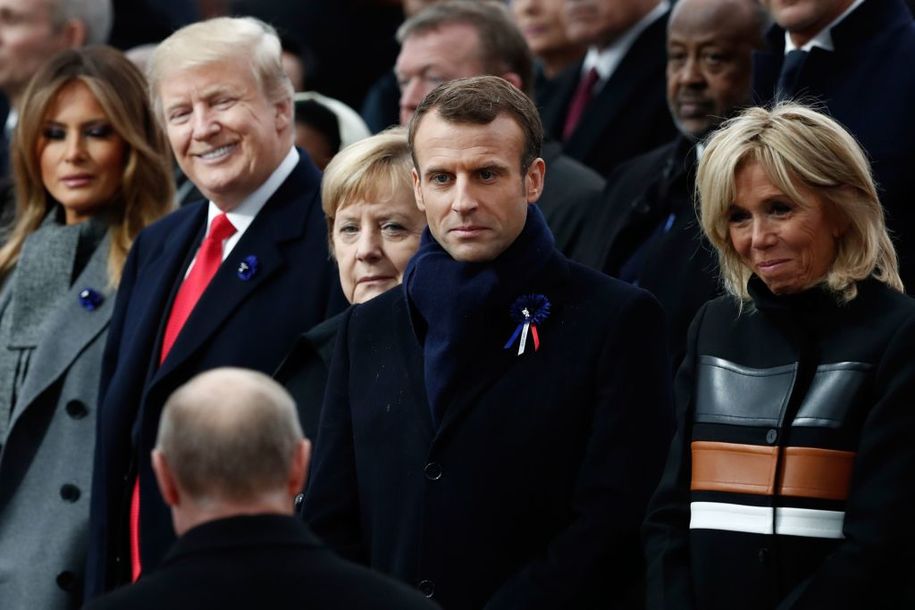 In a clip Davis recently translated for all us dummies who didn’t know the future belonged to Russia and so never learned the language, state TV talking heads Olga Skabeeva and Alexander Kamkin discuss whether Donald Trump is still Putin’s golden boy … so to speak.

Meanwhile on Russian state TV: annoyed by Trump reportedly promising to destroy the Russian Federation and Putin’s hegemony, state TV host Olga Skabeeva said that Russia “will have to think whether to re-install him again as the American president. We haven’t decided yet.” pic.twitter.com/EVh1o13gmI

SKABEEVA: “The other day Trump promised to destroy the Russian Federation, to destroy Putin’s hegemony, as he put it …”

KAMKIN: “That is excellent, if Trump becomes the president, we will know his geopolitical goals.”

SKABEEVA: “We’ll have to think whether to reinstall him again as the American president. We haven’t decided yet.”

Now, it’s not clear when Trump threatened to destroy the Russian Federation or Putin’s hegemony. Newsweek looked into this and was unable to uncover any such threats, either. But that’s not the point. If Russia no longer wants to ratfuck the election in Trump’s favor, it could mean they see the writing on the wall. Not to shock your delicate sensibilities too much, but Russian state TV tends to make shit up to serve its own very narrow interests. (For the record, Davis herself hasn’t heard Trump say anything like what Skabeeva attributed to him.)

Of course, Skabeeva et al. may be observing the Jan. 6 hearings and deciding to hedge their bets early. Or this could just be a brush-back pitch to get Trump back in line. After all, he was their twice-handpicked candidate—the same guy who was eager to pull the U.S. out of NATO in his second term, and who probably would have had President Joe Biden not put the kibosh on those plans.

But while in 2016 Trump was virtually the only doofus in North America who regularly apologized for Putin, the murderous dictator-for-life (Putin, not Trump) now has his own nightly propaganda show on Fox News and more than a few GOP fanboys and girls willing to carry his water.

Trump may no longer be needed—and Putin may not care anymore if his bosom buddy’s 2024 revenge tour prematurely goes tyets up. But hey, if he wants to be president again, Trump better start reading his daily Kremlin talking points a lot more assiduously than he did the President’s Daily Brief. After all, Ukraine isn’t gonna just betray itself.

Check out Aldous J. Pennyfarthing’s four-volume Trump-trashing compendium, including the finale, Goodbye, Asshat: 101 Farewell Letters to Donald Trump, at this link. Or, if you prefer a test drive, you can download the epilogue to Goodbye, Asshat for the low, low price of FREE.