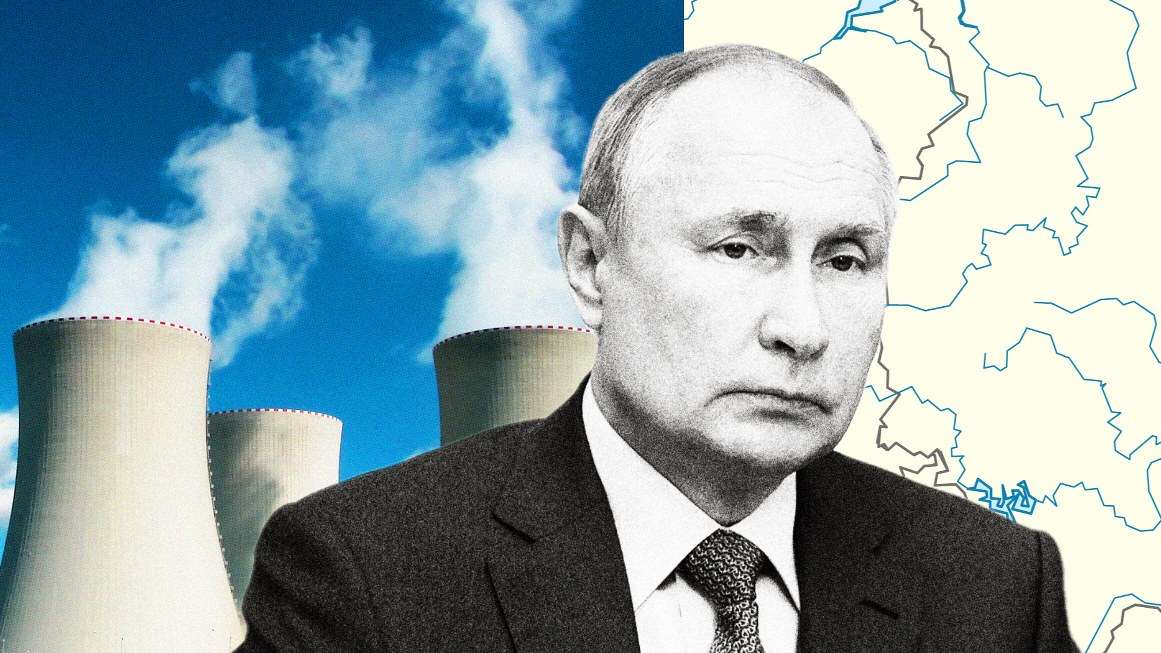 Unlike President Biden’s frequent efforts to blame Vladimir Putin for inflation, Germany’s energy-driven economic woes really can be largely linked to Russia, which cut the flow of natural gas in retaliation for economic sanctions imposed over the invasion of Ukraine. Since Germany is the economic powerhouse of the continent, that’s bad news for the European Union. But a bigger issue is dependency on energy sourced from Russia, a vulnerability rooted in well-intentioned policy that made the continent heavily dependent on an unreliable partner.

Germany is “teetering on the brink of a recession,” The Wall Street Journal‘s Tom Fairless reported this week. That’s familiar news to Americans who are suffering a similar economic contraction by whatever name the White House wants to use. But Germany’s problems are more specifically connected to its inability to keep the lights on. “The country’s energy crisis deepened Wednesday, when Russia slashed the natural gas that flows to Western Europe through its Nord Stream pipeline,” Fairless added.

That’s a huge problem for the country that has been the source of the lion’s share of Europe’s GDP in recent years because Germany is heavily dependent on Russia to fuel its power plants and industries.

“Last year, Russia supplied more than half of the natural gas and about a third of all the oil that Germany burned to heat homes, power factories and fuel cars, buses and trucks,” Melissa Eddy reported for The New York Times in April. “Roughly half of Germany’s coal imports, which are essential to its steel manufacturing, came from Russia.”

That’s a remarkable situation for a country that’s supposed to be well along in its Energiewende—that is, in its transition to renewable energy sources such as solar and wind.

“In 2000, Germany launched a deliberately targeted program to decarbonize its primary energy supply, a plan more ambitious than anything seen anywhere else,” Vaclav Smil wrote in 2020 for the Institute of Electrical and Electronics Engineers’ IEEE Spectrum. “The policy, called the Energiewende, is rooted in Germany’s naturalistic and romantic tradition, reflected in the rise of the Green Party and, more recently, in public opposition to nuclear electricity generation.”

The problem, as Smil noted, is that government-favored and subsidized solar and wind are intermittent. Wind doesn’t generate electricity when the air is still, and solar is of little use at night and on cloudy days. That means old-school generating capacity has to be maintained in parallel to the new systems.

The German news magazine Der Spiegel came to a similar conclusion in 2019.

“The state has redistributed gigantic sums of money, with the [Renewable Energy Sources Act] directing more than 25 billion euros each year to the operators of renewable energy facilities,” the authors observed. “But without the subsidies, operating wind turbines and solar parks will hardly be worth it anymore. As is so often the case with such subsidies: They trigger an artificial boom that burns fast and leaves nothing but scorched earth in their wake.”

Making the matter worse is the extent to which Europe has sourced its fossil fuels from Russia. That’s a dependency partly based on easy accessibility by land to Russia’s resources. It’s also an artifact of economic diplomacy from the Cold War era intended to build trade ties to reduce the risk of conflict. But what was supposed to give the West leverage over the old Soviet Union has instead handed modern Russia enormous clout.

Comparatively clean nuclear energy might have made the difference, but the 2011 Fukushima disaster spooked Germans more, perhaps, than people anywhere else, and the country resolved to abandon nuclear power, leaving it dependent on unreliable solar and wind and, especially, imported fossil fuels. Only now, with Russia throttling the supply of natural gas to 20 percent of capacity, is the governing coalition considering extending the life of the last two nuclear power plants past the end of the year.

Of course, Germany isn’t all of Europe. Neighboring France is heavily committed to nuclear power, though half its reactors are off-line for unfortunately timed maintenance. And Poland, a major coal producer, is sort of the anti-Germany when it comes to energy policy. But the country now finds itself importing fuel to meet its needs. Affordability has made Russian gas very popular across the continent, constituting the majority source for many nations.

Other European countries have embraced ambitious green energy targets. That includes the Netherlands, which set a target of zero emissions of greenhouse gases by 2050. The country’s plans are so ambitious that they include choking off much of the hugely productive agricultural sector, driving farmers to the streets in protest. Even so, in recent weeks, the Dutch government asked Germany to keep its nuclear plants online to power the shared energy grid.

With energy prices soaring for the foreseeable future (analysts see the crisis potentially lasting into 2025) and the continent’s prosperity at Russia’s mercy, the European Union now supports “the inclusion of nuclear and gas as environmentally sustainable economic activities.” But nuclear power plants take time to build even if you’re open to the prospect, and gas supply is still heavily dependent on the whims of a certain Russian president. That has Europeans making some hard choices.

“EU energy ministers on Tuesday reached agreement on what, just six days earlier, had been dismissed as unthinkable: mandatory, bloc-wide gas rationing in case of winter supply shortages,” Politico reported this week. That might keep homes warm enough to sustain life, but it’s a desperate move.

At least Europe’s sacrifices brought a cleaner environment than could have been created any other way, right? Not so much. Even before Germany brought its coal plants back online to make up for the shortfall in natural gas, its accomplishments weren’t that impressive.

“The United States reduced the share of fossil fuels in its primary energy consumption from 85.7 percent to 80 percent, cutting almost exactly as much as Germany did,” IEEE Spectrum‘s Smil noted in 2020. “Without anything like the expensive, target-mandated Energiewende, the United States has decarbonized at least as fast as Germany, the supposed poster child of emerging greenness.”

Everybody needs energy to keep the lights on, homes warm, and industry humming. Unrealistic policy, arbitrary dictates, and dependency on fickle neighbors are no substitute for working power plants.