Singer Accuses Beyoncé of Copying from Song Without Permission: ‘No Soul or Integrity’ 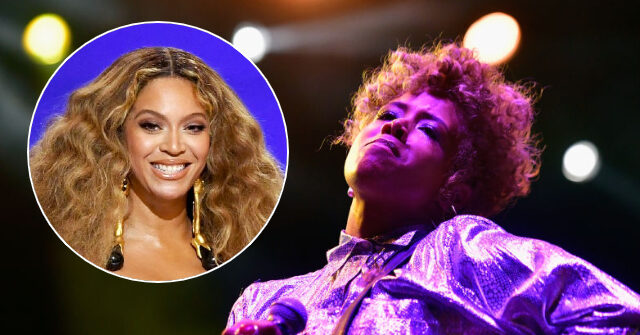 Singer Kelis has accused Beyoncé and her producers of not seeking permission to recreate elements of her 1999 song “Get Along with You” on the pop icon’s latest album Renaissance.

According to Billboard, Beyoncé’s Renaissance features bits of the Kelis tune in the song “Energy,” written by The Neptunes’ Pharrell Williams and Chad Hugo.

“Only the production duo are credited as songwriters,” noted Billboard.  “Kelis has appeared on the Billboard Hot 100 chart seven times, including the 2003 top five hit ‘Milkshake,’ and has released five Billboard 200 charting albums.”

In an Instagram post on the Kelis fan page announcing the Rennaissance album interpolating her work, the singer said that she was never contacted or asked about it.

“The level of disrespect and utter ignorance of all 3 parties involved is astounding,” she said. “I heard about this the same way everyone else did. Nothing is ever as it seems, some of the people in this business have no soul or integrity and they have everyone fooled.”

When an Instagram user said it “always felt like Beyoncé really admire Kelis,” the singer responded, “Admire is not the word.”

When another fan called the move a collaboration, Kelis said, “It’s not a collab it’s theft.”

The Neptunes produced Kelis’s first album Kaleidoscope, which featured “Get Along With You.” In 2020, she told The Guardian that she was “blatantly lied to and tricked” to sign contracts based on “what I was told” to the point that she was not able to make any money from the album or her followup album, Wanderland.

“I was told we were going to split the whole thing 33/33/33, which we didn’t do,” Kelis said. “Their argument [from The Neptunes and their team] is, ‘Well, you signed it.’ I’m like, ‘Yeah, I signed what I was told, and I was too young and too stupid to double-check it.’”

Beyoncé has not publicly commented on the matter, but her fans were forceful in their defense of the beloved singer.

“You should be nothing but thrilled that your song is being used. If you do not own the rights to a song, you have absolutely ZERO say it how it is used for anything. Just STFU and think ‘Cool, my song will be associated to one of the biggest albums of the year,’” said one user.

“Kelis delete this, your frustration should be towards StarTrek/ Pharrell not Beyoncé,” said another. “They’re the ones who excluded you from the discussion of the usage of your song & financial/ master issues. You have every right to be angered, but business-wise, Beyoncé went through the proper actions to be approved to sample your song. Hopefully, you’ll rightfully receive your masters and credits one day.”